You may not know it, but a lot of the e-bikes on the market have one part or another made in China. Nonetheless, there are entire e-bike manufacturers from China that are taking business very seriously. One company in particular, F-Wheel, manufactures under the brand DYU. But it’s this bike, the DYU D2+, that shows what China can do for urban mobility.

First off, it is considered a folding e-bike as the handlebars and seat can be lowered to rest on the frame. The frame itself is composed of aluminum alloy and comes in with a weight between 35.2 lbs (16 kg) and 47 lbs (21.4 kg), depending on the added components. As the company puts it, “even girls can lift it easily.”

But the frame is shaped unlike any other e-bike we’ve seen, and in the center sits the battery pack. Like other e-bikes we’ve seen from Chinese manufacturers, this one too has no indication of power levels. We only know it’s a 10Ah Chinese lithium-ion battery. But it does have a mileage of 35 miles (56 km), more than enough to get you around town for the day, or on a Sunday morning ride. But that’s under pedal assist. Full electric mode comes in with around 24 miles (40 km) of riding. 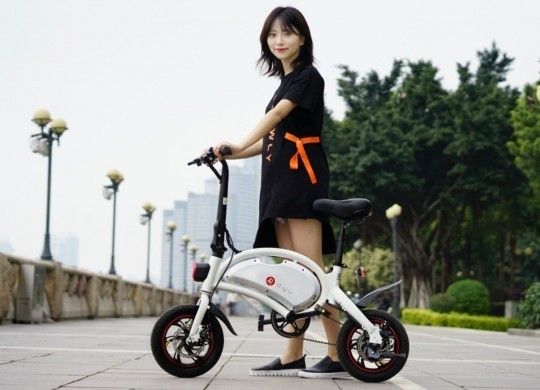 As for the motor, once again, no brand is mentioned, but it boasts stats like 36V 250W. Under full electric mode, this little engine that could gets you rolling with a top speed of 15 mph (24 kph). More than enough to hurt yourself if you hit something, so do wear a helmet.

The entire system also comes with 3 different assistance modes. The pure electric one we’ve been talking about, classic pedal assist, and nothing. Yup. The final ride mode disengages all electric components, and you don’t have to worry about draining your battery. Which is nice if you must travel a bit further than the bike’s limits.

But that’s not all this little pony can do. An option for the bike exists where a child-seat can be placed in front of the already existing seat. This makes the bike suitable for a moment of connection as well. Heck, maybe let the little one take the reigns for a bit. 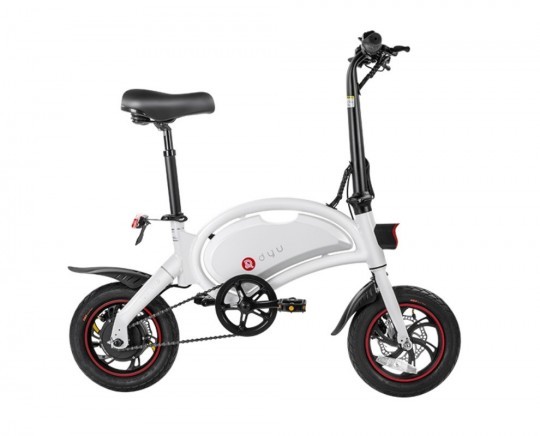 Even though a clear suspension system cannot be seen, F-wheel understands what a difference tires can make, and so they’ve placed some thicker than average tires to soften up your ride. But there are also a number of small travel shocks hidden throughout the bike. It’s meant more to dampen small bumps in your journey, than to take a curb or anything like that. The seat to is made in such a way as to absorb shocks and bumps.

Throw on some adjustable lights for night driving plus a digital display for your stats, and already you can ride it anywhere in town at any time. We can also see that the boys in the P.R.C. have also caught up to the whole internal wiring design that’s happening worldwide. Well, almost. Some of the wiring is still exposed and can be seen.

Nonetheless, like most other things coming out of China, this e-bike too can only be ordered in bulk. 20 units, that is. But we’ve tracked down a wholesaler and you can get one for 755 dollars US. 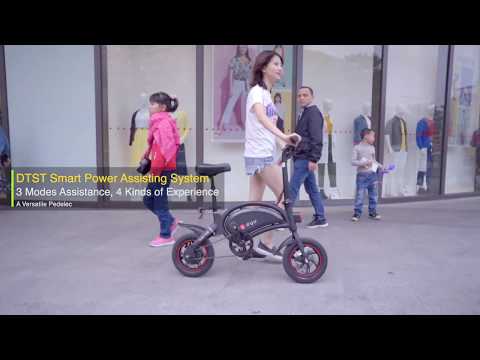