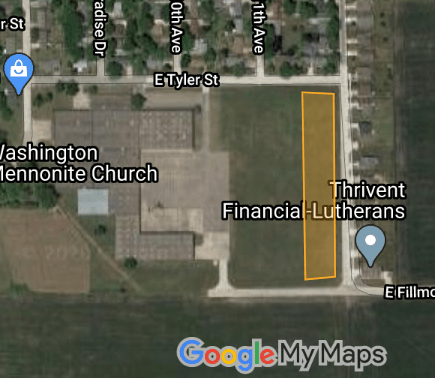 A new subdivision plat was approved by the Washington City Council this week. At their meeting Tuesday, the council approved the NLW Subdivision which will include seven single-family lots and two duplex lots along South 12th Avenue. Two of the lots will be suited for duplexes. The land is the field on the west side of the Whitesell building.

The council also approved a 50% distribution agreement with Washington Economic Development Group (WEDG) for $714,281.48 for the sale of the Whitesell building to Brava Roof Tile. That payment will occur over the next eight years. Councilman Brendan DeLong said this is a good thing for the city, “It’s a win-win for both the city and WEDG. I just want to remind everyone on city council that this wouldn’t have happened without David [Collins, director of WEDG] getting involved and facilitating the whole thing. So, I think money to them is justified in helping to make this go.”

The council also approved paying Garden and Associates $18,250 for design engineering for the new subdivision. The construction cost is estimated at $234,000. According to Hinson, the city has approximately $100,000 available in bond proceeds and the remaining cost could be recouped through lot sales, TIF, and the sale of the Whitesell factory.

How ‘self-healing’ cars could change the aftermarket | Article

We Have to Listen to America’s Doomsday Planners

With Lawrathon, startups can get top-notch legal services on a subscription basis