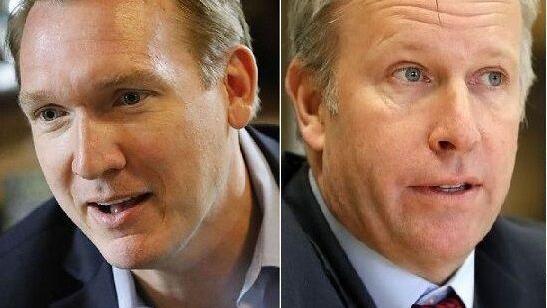 “In the first few months that I’ve been in the job, I’ve seen it firsthand,” he said of the district’s farm interests, “and it’s a big deal.”

Jacobs sees the appointment as key because hearings begin in January on a new farm bill that will guide federal programs for years to come.

“I will really try to be the best advocate for additional money in the farm bill next year,” he said, “and make sure our municipalities are aware of that, and that they position themselves for those grants.”

Already, Jacobs has come to understand that farmers need markets for their products, and that the food processing companies sprouting in communities like Batavia are just as crucial to the rural economy as barns full of dairy cows.

He cites firms like Batavia’s HP Hood and its 300 employees turning out those little coffee creamers on restaurant tables. He also points to Western New York Energy in Medina, where 50 employees have provided a new market for corn processed into ethanol even as the commodity was hurt by globalization.

“I want to see what we can do to build on those examples,” he said.

McMurray, a lawyer and former Grand Island supervisor, takes a broader view of the area’s farm needs. He recognizes “a level of desperation that’s hard to explain.”

DYU D2+ Smart E-Bikes, or How China Is Keeping Pace with Trends