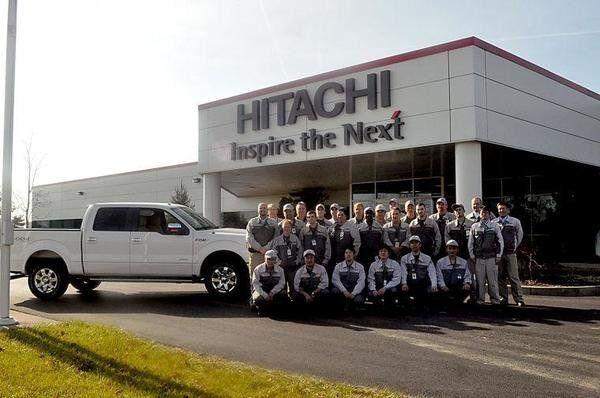 Nearly 200 jobs will be coming to the city of Berea with the expansion of Hitachi Automotive Electric Motor Systems America, which will produce automotive electric systems for Honda in Ohio.

Tuesday night, the Berea City Council approved a resolution in a seven-to-one vote that will provide tax incentives of a 1% reduction in occupational license fees to lure the new facility to Berea.

This new facility will create 175 high-tech jobs in the city of Berea — most of them automated — and demolition could begin as early as next week on site, according to Simon Mortimer, a representative with Hitachi.

Mortimer told the Berea City Council on Tuesday night that engineering work for the new line is slated for the start of next year with initial product samples sent to Ohio in November of 2021.

Mass production, he said, could be expected to begin in the summer 2022.

Mortimer said Mayde Road, where the facility sits currently, should expect a lot activity in the coming months.

Already, Mortimer said he is hoping to recruit employees for the new line from Berea schools, the college and other career fairs.

“We are excited and I think we will possibly be higher than 175 employees and no less,” he said.

LaDouceur, who was the sole “no” vote in the expansion, asked Mortimer — with Hitachi’s 137% increase in net profit in the last quarter — what his thoughts were on fairness compared to small businesses closing that his company see a 50% reduction in payroll tax.

“I can’t speak for the corporate situation, I can only speak for our own,” he said. “But obviously we won’t be making any revenue until 2023. Budgets are very tight and we are trying to expand operations in the area and we appreciate any assistance given to us in the local community and particularly the city council.”

Council member Steve Caudill also commented and said the endeavor was exciting to him.

“It is particularly exciting for me to have a high-tech, automated type facility that is going to come and also bring 175 to 200 very highly skilled jobs,” he said. “…This is really an exciting opportunity for the city and we appreciate the fact you want to come to Berea and partner with us. I am looking forward to seeing you around more and just really very excited.”

Council member Jim Davis welcomed the company to Berea and said he was happy to have the facility in the city.

“I am tickled to death,” Davis said.

Council member Ronnie Terrill said he too, was tickled to death about the new expansion in the city.

“I just want to thank everyone that was involved in making this happen because this is a big deal for Berea,” he said. “I am tickled to death and I think everyone in Berea will be smiling in the morning.”

Lucas Witt, the city’s economic development coordinator, said the expansion would diversify the city and their businesses as they move into an electric vehicle supply chain.

“I think we are also going to see a really strong community partner from Hitachi MS and Simon specifically,” Witt said. “…It is a wonderful day for the community…Thanks for choosing Berea.”

• The city received a positive audit from Baldwin CPAs for the 2020 fiscal year financial statement. The city’s total net financial position came to $69.2 million, up 5.3 million from last year.

• The city accepted the latest revision of the Comprehensive Plan, which is redone every five years. Citizens were also involved in this process.

The next Berea City Council meeting is scheduled to be held on Nov. 10 as a special called meeting due to Nov. 3 Election Day. The meeting will be held at 6:30 p.m. via Facebook Live or live access channel 377.