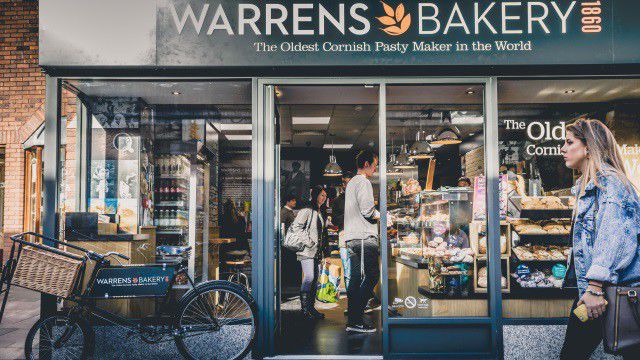 Warrens factory and shops under threat in restructure

Warrens Bakery is set to shut one of its factories and several lossmaking shops.

The Cornish business, which employs 500 staff and operates around 70 managed and franchised shops, said the uncertainty of Brexit is impacting consumer confidence and forcing it to restructure.

It warned the streamlining could lead to a significant job losses throughout the West Country.

News of the restructure comes just months after the business made more than 60 staff in production and distribution roles redundant.

Warrens has proposed the closure of its manufacturing site in St Just, which it has operated since the 1970s, saying its configuration and remote location means it is no longer economically viable.

The company stated it remained committed to profitable manufacturing and will retain its factory at Callington.

It is also consulting on the closure of several lossmaking shops, which it said was required to safeguard the future of the wider business.

The shops under threat are managed by Warrens, which has expanded rapidly in recent years through franchising.

A consultation with staff due to be impacted by the changes is under way, but Warrens would not state how many jobs are at risk.

Following the restructure, the business plans to ramp up its focus on hospitals, travel hubs, and strategically selected high street and destination sites. It recently partnered with travel site operator SSP to open a 300 sq metre store in Gatwick Airport.

While insisting the Cornish pasty will remain core to its business, it will also look to further develop its range to meet consumer demand for a variety of products and price points.

“With sadness and a heavy heart, we are consulting with staff and examining streamlining options, which could lead to a significant loss of jobs throughout the West Country,” said Warrens in a statement.

“We would like to thank our loyal staff and customers wholeheartedly for their continued support.  We have been part of the West Country community for 160 years and, by implementing these proposed changes, we aim to serve the local economy for many years to come.”

Worth waiting in line: Roasted Nut Factory’s jumbo cashews and pistachios are sublime