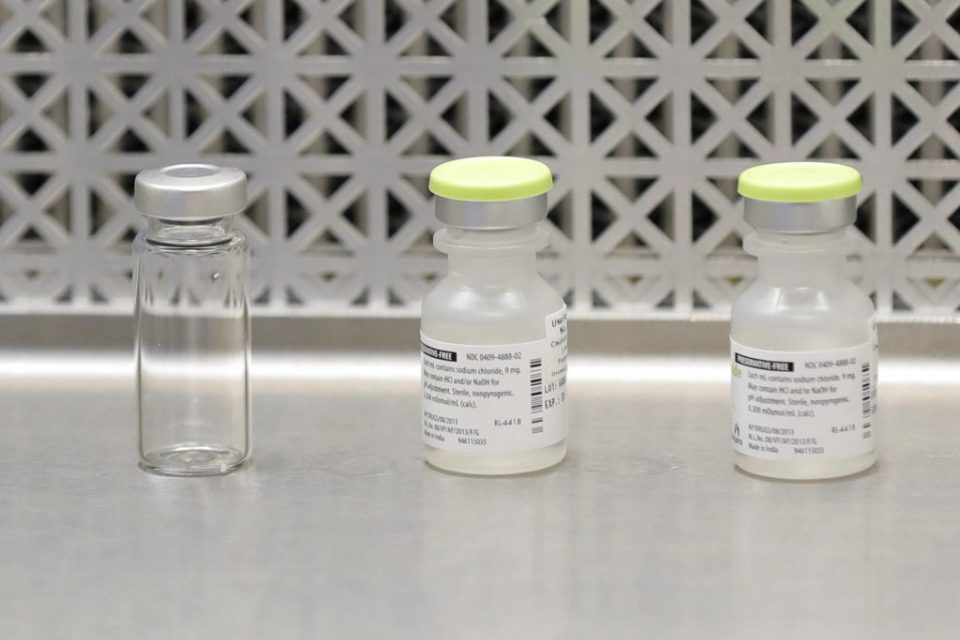 The state of Alaska plans to use its pre-existing vaccine distribution networks to deploy an eventual COVID-19 vaccine once it’s developed, state health officials said Friday, but its availability is expected to be limited in the beginning.

Told by the Centers for Disease Control and Prevention to be ready to receive a COVID-19 vaccine as early as late October, states have been tasked with finding ways to get the medicine to the public. Alaska, however, already has a bulk vaccine purchasing and distribution body set up in 2015 that already has a network of providers.

Matt Bobo, immunization program manager for the Division of Public Health, said during a virtual news conference, the state already has roughly 360 medical providers enrolled in the state’s vaccine program which will help distribute a vaccine in three phases once it’s available.

The first phase, Bobo said, will prioritize essential workers for the vaccine. The second phase will focus on high-risk people and the third the general public. Details of each phase are still being worked out, he said.

Bobo spoke as part of a panel of state health officials gathered to discuss the physical and mental health of students now that the school year has resumed. Students are expected to return to the classroom eventually, but school districts have been able to set their own policies about when students can return. The Juneau School District began the 2020 school year entirely distanced.

A vaccine for children and pregnant women likely won’t be available until 2021 or later, Bobo said, but because the COVID-19 vaccines are being fast-tracked, the one expected in November won’t be fully licensed by the Food and Drug Administration, meaning immunizations can’t be made mandatory.

“Basically we suspect [federal agencies] will get the vaccine out under an emergency use authorization,” Bobo said, which would allow the vaccine to bypass FDA licensing. But, Bobo said “you cannot make the vaccine required unless it’s licensed by the FDA.”

The FDA issued such an authorization on May 1.

Bobo and other health experts urged parents and families to get immunizations for vaccine-preventable diseases such as measles and influenza.

“We don’t want a vaccine-preventable outbreak such as measles during COVID,” Bobo said. “The influenza vaccine is extremely important this year. Getting the flu vaccine will ensure that your loved ones are safe and protected and not stressing our medical resources.”

Health care experts around the globe are rushing to find a vaccine and some countries have already released vaccines in limited trials. On Friday, study results from a Russian vaccine were published in the medical journal Lancet, the Associated Press reported. Health experts have sounded caution about rushing a vaccine, stressing the importance of thorough testing before releasing the drug to the public.

Reacting to the Lancet report of the Russian vaccine known as Sputnik V, health experts in the U.S. and U.K. called the results promising but said the trials had been too limited to definitively say the drug was successful, the AP reported.

The technology being used in the Russian vaccine is the same being pursued by China’s CanSino Biologics and Oxford University and AstraZeneca in the U.K., according to the AP.

Wholesalers ‘meeting the challenge’ on imports

Fire breaks out at factory in Narela in Delhi; no casualties reported – Devdiscourse