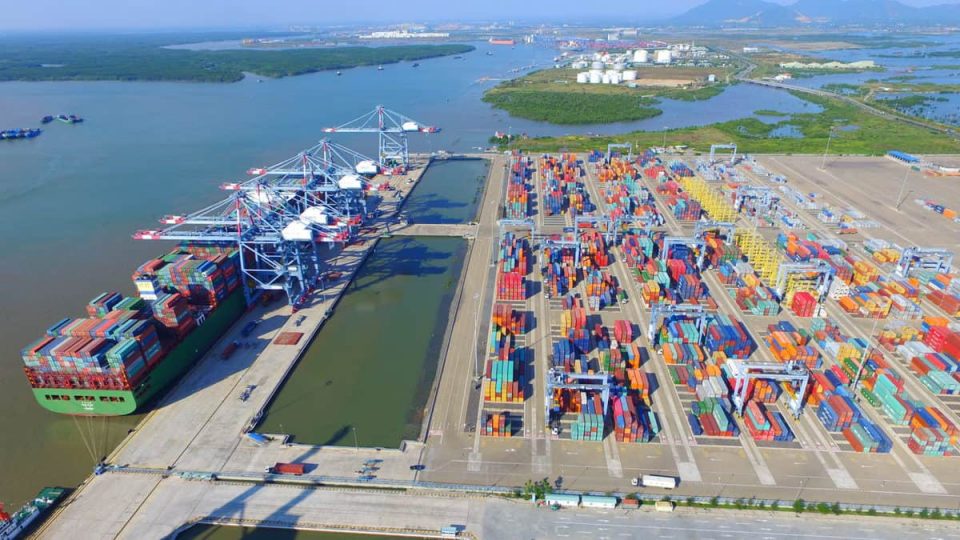 Major container shipping lines will offer more capacity between Southeast Asia and the U.S. West Coast in 2020, signaling that the U.S. sourcing shift away from China will continue unabated even with the preliminary trade detente.

The moves could also help West Coast ports regain some of the cargo that has shifted eastward thanks to a growing number of Southeast Asia liner services hitting the East and Gulf coasts.

The expanded service offering also hints at how THE Alliance will deploy capacity from its newest member, Hyundai Merchant Marine (HMM).

Starting in the second quarter, THE Alliance said it will replace an existing Asia-Europe and Asia-West Coast routes, FE5 and PS7, respectively, with a “pendulum” service that will cover all three continents “with a new highly efficient design.”

The service will utilize 18 vessels of 14,000 twenty-foot equivalent units (TEU) in capacity.

The new service means more capacity between the U.S. West Coast and Southeast Asia. According to U.K.-based container research service PR News Service, the existing PS7 route has weekly service of 9,125 TEUs. That existing service also did not include calls in Southeast Asia.

Hapag-Lloyd said the new service means weekly sailings between Southeast Asia and Southern California will increase to three as a result.

Another Asia-U.S. West Coast service, PS3, will add a call in Vietnam’s northern Haiphong port, in addition to the country’s southern port of Cai Mep.

Along with the added Southeast Asia coverage, Hapag-Lloyd said it will also launch a new trans-Pacific route that will cover Central China and Korea.

As for HMM, THE Alliance will rotate its ships into the trans-Pacific and Asia-Europe markets.

Although the disponent owner was not named, Hapag-Lloyd said it plans to deploy two “efficient 20,000+” TEU ships in two of its Asia-North Europe services, which will bring economies of scale and positive environmental benefits.”

HMM has ordered 12 ultra-large container vessels of 23,000-TEU capacity, with delivery of those ships expected to start in the second quarter and finish by September 2020, PR News Service said. Once the full slate of vessels has been delivered, THE Alliance will have doubled Asia-Europe service capacity, according to PR News Service’s Paul Richardson.

In the trans-Pacific, HMM may deploy four ships in the 11,000- 12,000-TEU range on a service from Asia to the Pacific Northwest, Richardson added.

The potential for more containers to move through Southern California could help put the nation’s largest port, Los Angeles, back on a growth path. Total containers handled in 2019 came in 1.3% down from 2018.

The only growth was in empty container handling, which was up 6.8% for the year. Imports fell 3.2% while exports fell 7.8%.

Port of Los Angeles Executive Director Gene Seroka told CNBC Senior Editor and FreightWaves Maritime Trade Columnist Lori Ann LaRocco that the drop in trade with China and the rise of Southeast Asian manufacturing that can easily access both coasts is weighing on the West Coast volumes.

The drop in volume coming through the U.S.’s largest port rippled through the supply chain. Outbound Tender Volumes for the Los Angeles market dropped 16% over the past year, while outbound loaded 40′ container volumes were down 11%. (SONAR: OTVI.LAX., ORAIL40L.LAX).

To attract back the volume, Executive Director Seroka laid out a series of efficiency moves at Los Angeles’s State of the Port event, the first of which will be monetary incentives to marine terminals to reduce truck turn times, aimed directly at rewarding drayage efficiency.

“Depending on the percentage a terminal can reduce truck turn times, they will be monetarily rewarded on each container unit,” Seroka said. “The higher the percentage of reduction, the bigger the reward.”

The Port of Los Angeles said it “will continue to explore locations for off-dock chassis yards.” Yusen Terminals has developed a near dock chassis staging area, and the Port is currently in negotiations with Pacific Crane Maintenance Company to develop an off-dock chassis facility that complements APM Terminal’s Pier 400 operation.

U.S. Navy veteran reflects on a life at sea | News