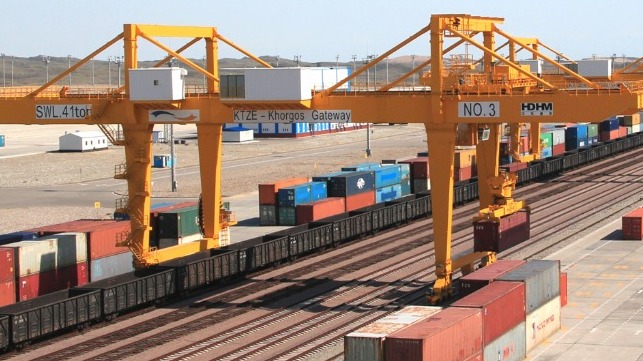 Now that a reduction of Chinese subsidies for trans-Eurasian rail freight have been more or less announced, will the New Silk Road container-by-rail line prove to be a bubble? Or is it here to stay? A group of European rail experts explored these questions in a recent webinar organized for the upcoming New Silk Road Summit, supported by Hafen Hamburg and Port of Rotterdam.

The phaseout of subsidies is necessary in the long run, according to rail consultant Rob Brekelmans. “Continuing with these rates would not work. This is the only way to be competitive as a transport option on a realistic level,” he said.

Although the subsidies provided by the Chinese government have boosted volumes significantly, they have also created an unrealistic market, according to Brekelmans. Local governments could offer incentives of up to $5,000 per container, depending upon the region. The decision to ship cargo by train could be made based on price alone, not on its speed-to-market or its competitiveness vis-a-vis air freight.

“When such prices change, some shippers may return to sea transport, but the New Silk Road is also mature enough to continue attracting the volumes, from air cargo for example,” said Erik Groot Wassink, director special products at Nunner Logistics. “We will look at innovative solutions to remain competitive.”

According to Wassinnk, it is possible to continue offering competitive rates using modified solutions. For example, where Nunner Logistics’ China rail service now includes a road leg from the south of China to Xi’an, this could also be done by train. “This makes the journey two to three days longer, but it will lower the costs by $300 to $400,” he said. Another way to lower the costs is by operating longer trains through Russia, where length restrictions are different from Europe.

The predicted volume growth on the New Silk Road is about 70 percent by 2027, according to a forecast from German consultancy Roland Berger. However, if based on current growth rates, this figure could be more than 200 percent, said Alexander Labinsky of German economic research firm Prognos.

If Roland Berger’s statistics are accurate, it means that growth will slow down significantly. This may already be happening: volumes rose by 160 per cent in 2015, but they increased by 35 per cent last year, said Labinsky.

There are developments that indicate another round of increasing volumes, Brekelmans said. “Take for example the electric battery market. This is a booming industry which could surge rail freight volumes if these batteries may be transported by train to China,” he said – in the event that the Chinese government lifts restrictions on this cargo combination.

Another increase is expected due to a recent decision by the Russian government to permit the transport of fresh goods by train, said Groot Wassink. The first shipment of such kind is expected to be carried out next year.

This article appears courtesy of Hafen Hamburg and may be found in its original form here.

The opinions expressed herein are the author’s and not necessarily those of The Maritime Executive.

New-crop Ukrainian wheat offered in Asia at around $390/T