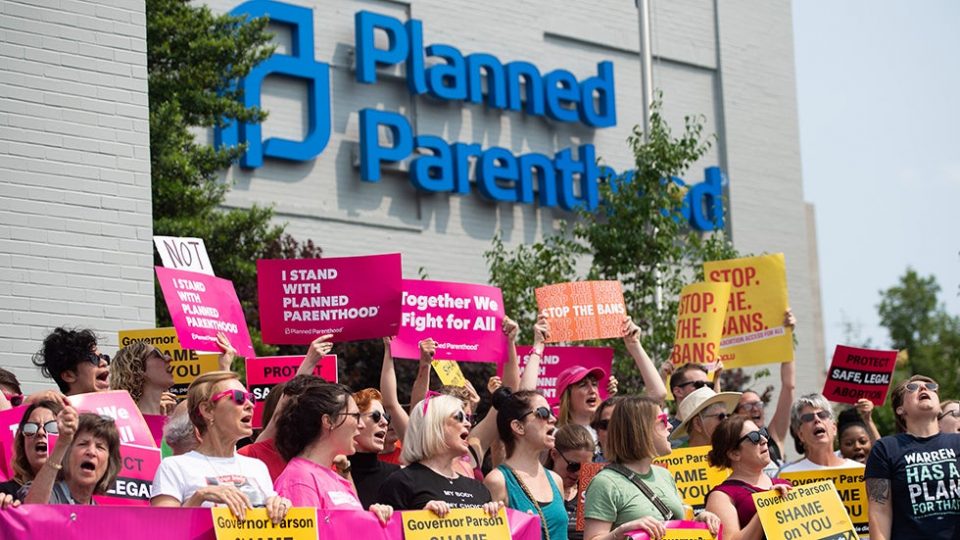 A federal jury in San Francisco found that the anti-abortion group Center for Medical Progress and its president, David Daleiden, broke multiple state and federal laws when they secretly recorded and released videos of Planned Parenthood employees.

The jury awarded Planned Parenthood $2 million in damages, finding that Daleiden and his organization engaged in fraud, trespassing and illegal secret recording.

“The jury recognized today that those behind the campaign broke the law in order to advance their goals of banning safe, legal abortion in this country, and to prevent Planned Parenthood from serving the patients who depend on us.”

In 2013 and 2014, Daleiden and Sandra Merritt, posing as human tissue procurers for a fake company, secretly recorded their discussions with Planned Parenthood employees about acquiring fetal tissue from abortions for medical research.

Planned Parenthood argues the videos were selectively edited and manipulated to make it appear as if their employees were talking about profiting off fetal tissue donations.

The organization has repeatedly stated it does not profit from fetal tissue donations and only collected money to cover procurement costs, as allowed by federal law.

It sued Daleiden and his group in 2016, alleging they broke several laws in an effort to further their anti-abortion agenda, which includes pushing Congress to strip Planned Parenthood of all federal funding.

Daleiden’s defense argued he was acting as a citizen journalist when he shot and released the videos.

The videos sparked Republican-led congressional investigations in 2015, but no wrongdoing was found on Planned Parenthood’s part.

In 2018, Planned Parenthood announced that its clinics that will not accept any sort of payment to cover the costs of its fetal tissue programs.