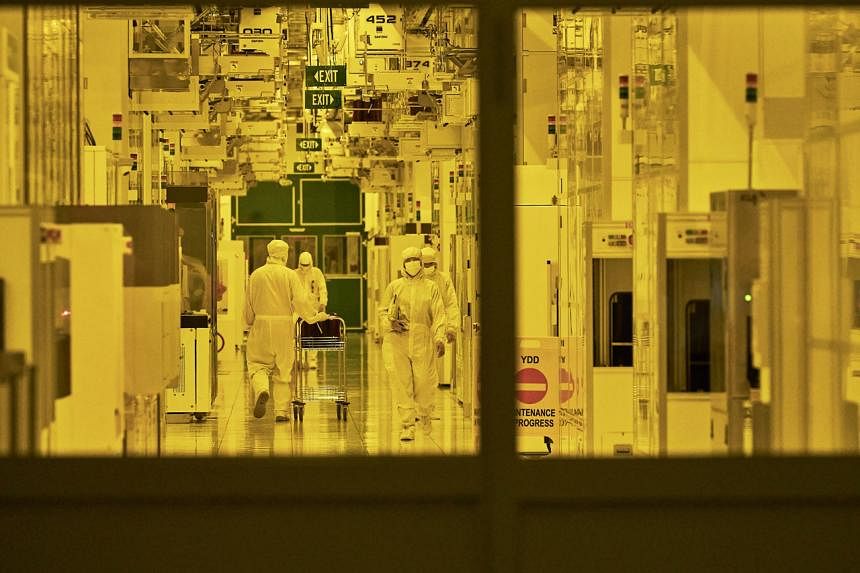 SINGAPORE – Singapore’s manufacturing output performed much better than expected in May, bolstered by strong demand for semiconductors from data centres and 5G markets.

Factory output rose 13.8 per cent year on year, up from the revised 6.4 per cent increase in April, data from the Economic Development Board (EDB) showed on Friday (June 24).

May’s growth blew past the 5.5 per cent rise forecast by analysts in a Bloomberg poll. It also marks the eighth straight month that factory output has expanded.

Without biomedical manufacturing, which shrank last month, output grew by an even bigger 18 per cent.

Economic recovery around the world from the Covid-19 pandemic has driven up demand for semiconductors in particular, with supply chains struggling to keep up with orders.

But the latest data signals that factory growth is slowing worldwide as China’s Covid-19 curbs and Russia’s invasion of Ukraine disrupt supply chains and drive inflation higher. The growing risk of a US recession and a China slowdown also pose new threats to manufacturing demand.

For Singapore, its lynchpin electronics industry saw output surge 33.6 per cent in May on a year-on-year basis, compared with 10.4 per cent in April.

Within the cluster, the semiconductors segment grew by 45.7 per cent, supported by strong demand from 5G markets and data centres amid the global chip shortage, EDB said. In April, semiconductors saw a 12.9 per cent growth.

Cumulatively, the electronics cluster grew 17.3 per cent for the period from January to May this year compared with the same period a year ago.

The transport engineering cluster saw a 12.9 per cent expansion in May. The aerospace segment recorded 27.2 per cent growth with higher production of aircraft parts and more maintenance, repair and overhaul jobs from commercial airlines with the easing of global air travel restrictions.

The marine and offshore engineering segment rose 8.2 per cent due to a higher level of work done in offshore projects.

Overall, the transport engineering cluster grew 14.7 per cent in the first five months of this year compared with the same period last year.

General manufacturing expanded 9 per cent, with all segments recording an increase in output.

Precision engineering notched a production rise of 3.2 per cent, largely due to the machinery and systems segment growing 6.9 per cent due to the higher output of semiconductor foundry equipment.

Is your data supply chain a liability?