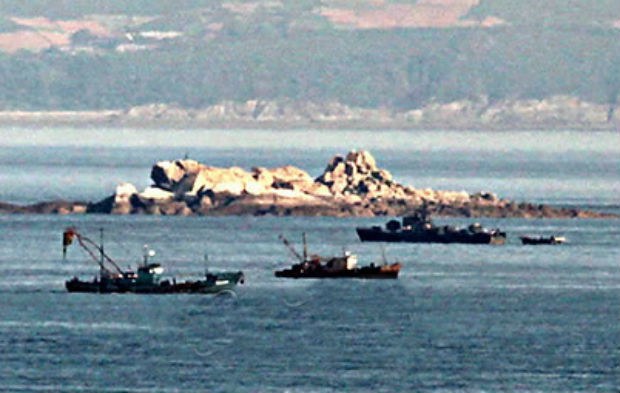 North Korea has been forced to cut the number of patrol boats it sends out to catch smugglers and illegal border crossings–due to a shortage of smuggled fuel, sources in the military told RFA.

Pyongyang has long sought to prevent people from leaving the country. But its level of vigilance was heightened when North Korea and China closed their border during the start of the pandemic in 2020.

According to reports, some of the patrol boats that monitor the seas for illegal movements or shipments were themselves relying on smuggled fuel from China, as international sanctions aimed at curbing Pyongyang’s nuclear weapons program have reduced the country’s legal supplies.

Now China is stepping up sea patrols to prevent that smuggling, which in effect has made it harder for North Korea to operate its anti-smuggling patrols, a military official from Sinuiju, across the border from China’s Dandong, told RFA’s Korean Service on condition of anonymity for security reasons.

“The Chinese border guards are increasing the number of maritime patrol boats significantly and controlling maritime smuggling to block the spread of COVID-19 from North Korea,” he said.

The result for the North Korean border guards is a reduction in available fuel supplies.

“The North Korean border guards are facing a significant reduction of maritime patrol boats due to a complete halt in fuel smuggling and a lack of fuel to operate the patrol boats,” the source said.

“North Korea is a poor country, and officials in the border guard are seeing the reality of how each country is dealing with the coronavirus issue. I don’t know what will happen if things go on like this at the sea border,” he said.

Instead of going out once every one or two hours during the day, the North Korean boats now can go out only every three hours, according to the source.

Patrol boats relied on smuggled fuel in part because the coronavirus lockdown has caused domestic supplies to dwindle.

A border guard official told RFA that only one or two patrol boats per day were coming out of Sindo and Ryongchon counties, downstream from Sinuiju. These boats are supplied with fuel from the military’s reserves located in the town of Paekma, according to the second source.

“Originally around four boats would patrol the area in the lower Yalu River where it empties into the West Sea at one to two-hour intervals to strengthen border security,” the source said, using the Korean name for the sea.

“Due to the COVID-19 crisis, the fuel supply has decreased and freight train operations and maritime trade have been completely suspended since the end of April. With fuel imports cut off, it is difficult to operate even one or two patrol boats,” he said.

Fuel shortages were common before the pandemic, even in the military, which usually is among the front of the line for resources.

When North Korea launched the Hwasong-15 intercontinental ballistic missile in November that year, its refined petroleum allotment was further reduced to 500,000 barrels.

Gasoline shortages and price fluctuations are not only affecting the military.

RFA reported in March that North Korean merchants were making money by buying fuel coupons from areas of the country where gasoline was less expensive, then selling them for a markup in areas where gas was more expensive.

According to another RFA report in April, the North Korean government began cracking down on black-market fuel sellers, confiscating their stockpiles. Private ownership of fuel supplies is technically illegal, but tolerated under normal circumstances.

Translated by Claire Lee. Written in English by Eugene Whong.

Our flood predictions are getting worse as the climate changes. We have to understand how hills shape floods

S’pore factory output surprises with 13.8% jump in May as chip demand surges