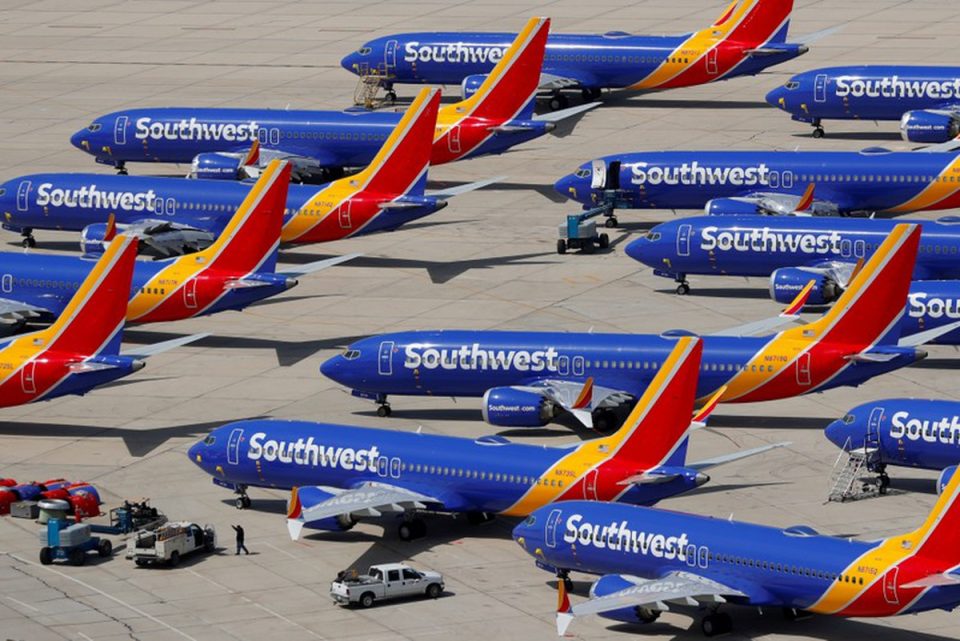 WASHINGTON (Reuters) – The head of the Southwest Airlines Co pilot union Wednesday sharply criticized Boeing Co and questioned whether the manufacturer was trying to speed up the timeline for the 737 MAX’s return to service.

Boeing’s best-selling 737 MAX has been grounded since March, after two deadly crashes in five months killed 346 people, and it has come under harsh criticism from U.S. lawmakers.

Jon Weaks, who heads the Southwest Airlines Pilots Association (SWAPA), said in a note to pilots Wednesday, reviewed by Reuters, that “Boeing is increasingly publicizing that they may have to shut down their production line due to running out of room to store completed MAX aircraft. There is some concern that this is simply another tactic to push the (return to service) timeline up.”

He added doing so would “force operators to resume making payments on MAX aircraft, and transfer some costs, logistics, and responsibilities of storing and restoring the MAX to revenue service to respective operators.”

Southwest Airlines spokeswoman Brandy King said the airline is “confident in the work being done to return the MAX to service and continue to await additional guidance from Boeing and the FAA regarding timing and next steps.”

On Monday, Boeing spokesman Gordon Johndroe told Reuters that “we expect the Max to be certified, airworthiness directive issued, ungrounded in mid-December.” He added that the company expects “pilot training requirements to be approved in January.”

Boeing noted that the “FAA and other regulatory authorities will ultimately determine return to service.”

Two federal officials told Reuters this week that Boeing’s timetable is aggressive and far from certain, citing hurdles yet to be cleared.

Boeing still must complete an audit of its software documentation before it can schedule a key certification test flight.

Federal Aviation Administration (FAA) chief Steve Dickson on Tuesday said the agency was not “delegating” anything to Boeing in its review and offered no ungrounding timetable, saying it “will be based solely on our assessment of the sufficiency of Boeing’s proposed software updates and pilot training.”

On Friday, Southwest and American Airlines extended Boeing 737 MAX cancellations until early March, just shy of the one-year anniversary of an Ethiopian Airlines crash that led to a worldwide grounding.

Last month, SWAPA sued Boeing, saying it had “deliberately misled” the airline and pilots. The grounding wiped out more than 30,000 Southwest Airlines flights, causing over $100 million in lost wages for pilots, the union said.

The zombie storefronts of America