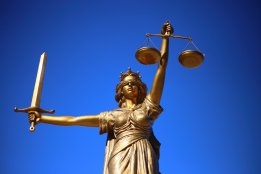 The bunker claim was discussed at the Singapore High Court on Tuesday. File Image / Pixabay

A claim case currently being heard at a Singapore court is seeking to challenge conventional understanding of the risk exposure for suppliers and intermediaries in the bunker supply chain.

The case relates to some allegedly off-specification VLSFO bought in Singapore through a trader earlier this year, with the related bunker claim being discussed in a pre-trial conference at the Singapore High Court on Tuesday.

The buyer, DS Norden, is understood to be pursuing a claim against the trader with which it did business but has also filed a claim in Singapore against the physical supplier, Global Energy Trading Pte Ltd.

Doing business through an trader is generally considered a way for physical suppliers to mange their risk exposure to buyers, as in the event of dispute buyers are typically limited to filing complaints only with the intermediary they contracted with for the supply.

While not commenting on the specific ongoing case, Paul Hardy, head of business development at NSI, wrote a note to clients on Friday suggesting claims of this type may be significant for the bunker industry.

“What are the implications if a buyer with a contract with a trader is able to claim from a supplier who made the physical delivery, but does not have a direct contractual relationship with said buyer?” Hardy said.

“If such a case if found in favour of the buyer then the risk of trades changes forever.”

Cases like this can arise when the trader gives the buyer a shorter time-bar for quality claims than the supplier gives to the trader, Hardy said. After the time-bar the trader gave has passed, there may still be a claim to be made against the supplier.

“For many years trading houses marketed themselves as safe havens to both buyer and supplier,” Hardy said.

“On the supplier side there was a regular off-take and a promise of being contractually more secure both in terms of claims and payment.

“This gave rise in the early 2000s to the concept of ‘virtual physical’, a great marketing angle which allowed the marketing of product as if the company was physical but without the investment in infrastructure.

“This model would disappear if such a case was found in favour of an owner.

“The safe haven argument would be blown out of the water.”

It should be noted that the role of the trader has been challenged in the past without these firms disappearing from the market. In the aftermath of the OW Bunker collapse court cases raised the threat of buyers being forced to pay twice for the same bunker fuel stem in supply chains involving more than two counterparties, but this did not result in a wholesale avoidance of trading firms by buyers.

But the case highlighted by NSI is one that suppliers should keep an eye on, to be aware of the risks raised by traders offering different time-bars.

The case at the Singapore High Court continues.

Boatloads of cargo are waiting in the waters off Los Angeles

What LGUs can do to prepare for disasters amid coronavirus outbreak