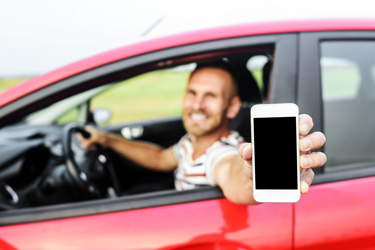 There were already abundant federal and state laws surrounding freelance worker classification before California approved the adoption of the country’s most stringent test. In the recently passed Assembly Bill 5 (AB-5 or the “Uber bill,” as it’s commonly called), the state tightened the rules to close what they saw as loopholes hurting workers and the state.

Growing from the 2018 California Supreme Court decision Dynamex Operations West v. Superior Court of Los Angeles County, AB-5 establishes a new three-part test — dubbed the ABC test — that employers must satisfy to classify workers as freelancers or independent contractors. If even one part of the ABC test isn’t met, the worker is considered by the state to be an employee of the company engaging them.

The three components of the ABC test in the bill are:

A — the worker is free from the control of the hirer in connection with the performance of the work, both under the contract and in fact
B — the work to be performed is outside the usual course of the hiring party’s business
C — the worker is customarily engaged in an independently established trade, occupation or business of the same nature as the personal services the worker is providing

There are more than 50 exempt businesses and professions, including doctors, dentists, accountants, hair stylists and creatives like writers, designers and photographers. Some sole proprietorships and other businesses providing professional services are also exempt if they meet additional requirements.

Misclassification as an independent contractor or freelancer, whether intentional or not, keeps those who are actual employees from benefits and safeguards set out in the federal Fair Labor Standards Act. Freelancers are not entitled to benefits like health care, overtime pay, medical and family leave, and unemployment insurance, so companies often classify workers this way to save money.

The state of California estimates that misclassification has cost an estimated $7 billion in lost payroll tax revenue.

So What Do Companies Do?

With the number of freelancers on the rise, companies need to take action to be sure they have visibility into and control of their independent workforce. It’s not uncommon for individual departments within a company to be responsible for managing its freelancers while the company as a whole doesn’t fold freelancers into budgeting or forecasting. Then there are the seemingly endless lists of evolving, complex classification rules from the Department of Labor, IRS and state governments. To make matters worse, many states already have some version of an ABC test in place, and experts predict that even more states will follow California’s more rigorous lead.

A good initial step is evaluating your company’s existing independent contractor engagement practices. If none are in place, establishing them should become a priority.

Regardless of the maturity of your company’s program, adopting established best practices is one way to ensure compliance and reduce risk. Some strategies offered by WorkMarket via their on-demand webinar are:

The technology centralizes functions like onboarding, contract management, invoicing, insurance and compliance with federal and state regulations. It may be possible to integrate an FMS with an HR software solution, ensuring even greater transparency.

FMS platforms can also become home to job boards, talent pools and freelancer evaluations, so interested workers can find jobs and hiring managers can see how well a worker has performed.

Here is a checklist from WorkMarket for what an FMS should provide:

Integrating an FMS into your company promotes better compliance and reporting because it can generate automated reports and audits. The consolidated management aspect saves money because it uncovers previously unreported and unmanaged spend.

Brexit talks: what are the ‘major unresolved topics’ UK and EU must agree on? | Brexit