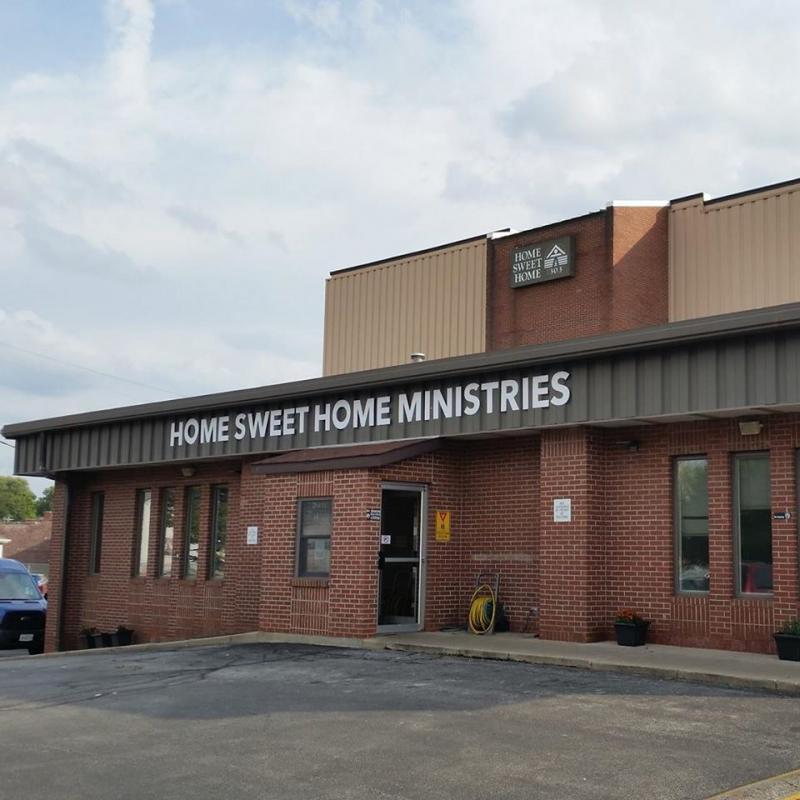 Health experts flagged homeless shelters, jails, and other places with people living closely together as high risk for coronavirus spread early on in the pandemic. They’re called congregant living settings. While most central Illinois homeless shelters have kept the virus out, jails have more of a mixed picture.

Shelters and jails face what sounds like an impossible task: maintain social distancing in a space designed to hold a large number of people who share amenities.

In mid-March, facilities scrambled to secure cleaning supplies and personal protective equipment. They set up makeshift isolation rooms and called in health departments to screen those in their care.

“By God’s grace, we have not had any so far,” Rocke said. “That doesn’t mean that won’t happen. Obviously, as we’re seeing it can kind of strike anywhere and anyone.”

Rocke said it helps that the shelter had fewer residents for a while. He said nearly all shelters saw their populations decrease at the beginning of the pandemic, as movement from community-to-community and state-to-state slowed.

“Plus, if anybody did have any opportunity to get to family or go home, I think there was more of that happening,” Rocke said. “But now that the Restore Illinois plan is opening up, our numbers have kind of normalized.”

Rocke said the Peoria shelter restricted movement in and out in the beginning. There also were  fewer places to go. Popular gathering spots like libraries were closed—and there was more encouragement to stay indoors.

Even now, under partial reopening, shelter residents aren’t going to highly-populated and higher-risk areas like bars, and stores.

“They don’t have anywhere to go, other than going for a walk,” said Major Jesse Collins, the Tri-County coordinator for the Salvation Army. “They’re not going to restaurants or anything like that.”

Still, people in congregant environments are dealing with the same “COVID fatigue” as the rest of the community.

“We so badly want things to go back to normal, and we haven’t had any positive cases here—it’s kind of hard to remember that, you know, we still need to be careful, we still need to keep everybody safe,” Gerber said. “We all have to keep ourselves in check.”

Mary Ann Pullin, executive director of Bloomington’s Home Sweet Home Ministries, said the agency has had to issue “reminders” to wear a mask—and wear it properly, covering the mouth and nose.

Things are a little more complicated in jail settings. Jail populations typically have more people cycling in and out, even with policies aimed at keeping some awaiting trial out of the facility.

“First of all, when someone’s brought in, we quarantine them for 14 days before they’re put into a housing unit with other inmates, just in case they are asymptomatic,” Sandage said.

Sandage said the biggest struggle is saving room to space people out. In March, Gov. JB Pritzker put a hold on transfers from county jails to state prisons. Pritzker reversed that decision this week. Sheriffs are now dealing with the logistics of getting sentenced people out of jail and into state prisons.

Sandage said the McLean County jail has more than 40 people bound for prison.

“So that severely limits our ability to segregate inmates and quarantine them, because we just … we’re kind of running out of room to do that,” he said.

And that could cause problems if the McLean County jail’s single case turns into the same issue that Peoria County Jail officials are grappling with.

Dozens of detainees and staff there tested positive in just a couple weeks. Sheriff Brian Asbell said at one point, the jail’s testing positivity rate was around 17%—more than four times the regional average.

“We’ve had testing capability. Anyone that (is) symptomatic, we tested. Anyone that requested a test, we tested,” Asbell said. “It just really came to a head all at once.”

Asbell said he’s getting a lot of questions about how COVID-19 made it into the jail. He said it could’ve been anything: someone recently arrested, a guard, a volunteer, or even a vendor serving the facility.

And he said those in custody tend to have other coronavirus risk factors. They’re largely low-income people of color.

“There’s a lot of individuals that don’t have quality health care when they’re out in the streets and they come into the facility—even though we put in place procedures to avoid that, you can’t discount that someone that was asymptomatic made it into the general population,” Asbell said.

Once the coronavirus was there, he said, the focus became caring for patients , which can be difficult to do with just one full-time nurse on staff.

The facilities in Bloomington and Peoria are among 39 county jails to report a confirmed COVID-19 case, according to Illinois Department of Public Health data. That’s nearly a third of the jails in Illinois. By contrast, just 32 shelters statewide have had a positive case.

There is a lot of overlap in challenges jails and shelters face to keep COVID-19 out—and key distinctions.

Cathy Coverston-Anderson with the McLean County Health Department said jails have higher-density populations than shelters. The people in jail can come from anywhere in the county, which is a larger geographical area than shelters typically cover.

Coverston-Anderson said shelters also can turn people away when they’re symptomatic. Jails, for the most part, must take people who are arrested.

“Jail supervisors may be doing everything correctly, and they may still end up with a case of COVID in a staff member or in the individuals who are incarcerated,” she said.

Keeping the coronavirus out of jails also requires staff to be vigilant about following health guidance off-hours, Coverston-Anderson said. And supervisors need to foster a culture where people feel comfortable coming forward if they have symptoms, or suspect they may have been exposed.

WGLT depends on financial support from users to bring you stories and interviews like this one. As someone who values experienced, knowledgeable, and award-winning journalists covering meaningful stories in central Illinois, please consider making a contribution.