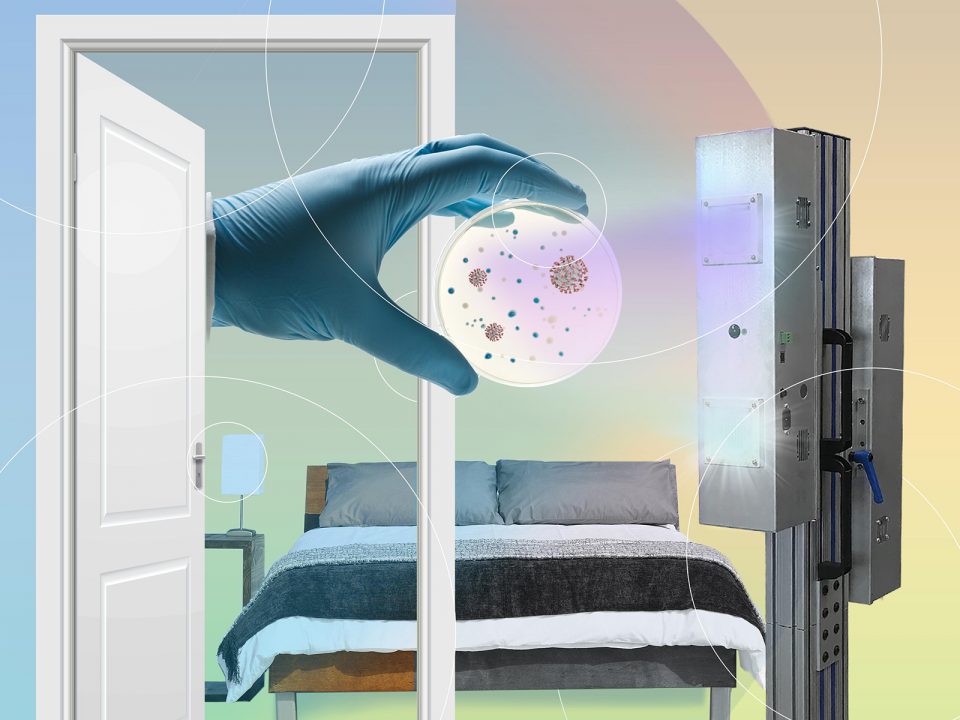 In late March, as a surge of coronavirus cases began to overwhelm New York City, Mark Dowd, the chief innovation officer of the New York Metropolitan Transit Authority (MTA), placed a frantic call to Colorado. He was trying to reach Puro UV Disinfection Lighting, but it was late on a Saturday and the company’s office was empty. Desperate, Dowd tried the Denver mayor, then the mayor of Lakewood, where Puro is based. Finally, at almost 10 p.m., Dowd reached Brian Stern, the company’s co-founder. By Monday, Stern was in New York; a few days later, Stern had sketched out a plan to outfit the entire MTA system, the largest transit network in North America, with high levels of ultraviolet (UV) light technology capable of killing 99.9 percent of existing pathogens—including SARS-CoV-2, the virus that causes COVID-19.

Stern and Webb Lawrence, classmates at the University of Denver, had their first bright idea in 2009, when they started LED Supply Co., a wholesaler of energy-efficient bulbs. The business exploded, landing on Inc. magazine’s list of the country’s 5,000 fastest-growing companies in 2014, ’15, and ’17. Last year, the duo expanded into UV, partnering with a manufacturer in Florida to make tech that was smaller—more convenient and less expensive—than other full-spectrum UV disinfectant products.

Think of full-spectrum UV light as the closest approximation we have to the sun’s actual rays. Although we always experience UVA (wrinkles) and UVB (sunburns and skin cancer), most UVC gets absorbed or reflected by Earth’s atmosphere before reaching the surface. But it’s a powerful germicide, and Stern and Lawrence believed hospitals and doctors’ offices would clamor for such cleansing power. (A scientist at Columbia University in New York independently verified UVC kills the virus that causes COVID-19.) Sure enough, by early 2020, the health care industry made up 70 percent of Puro’s growing revenue.

Once the novel coronavirus arrived in the United States, Puro realized other sectors, such as transit and hospitality, could be obvious beneficiaries. “It became clear to me that certainty is going to be a good commodity for businesses to have,” says Mike Dudick, the CEO of Breckenridge Grand Vacations, which owns five Summit County resorts. That’s why, when Breckenridge Grand reopened June 1, the company began using Puro Sentries—essentially UV tripods—in every room after guests departed. Along with making rooms safer for guests, Dudick believes that level of disinfection will boost business during a difficult period.

Delivering that assurance has been a boon for Puro, too. In addition to Breckenridge Grand, Puro’s tripods and permanent fixtures (about the size of a three-inch-thick iPad, they can be activated remotely when people aren’t present) now cleanse MTA’s buses, subway cars, and transit centers as well as suites in a Las Vegas hotel. “We’ve done three times more sales this month than we did last month,” Stern said in May, “and last month was our biggest month on record.”

Stern and Lawrence also predict this growth is more than just a pandemic pop. COVID-19, they say, will make pathogen disinfection a luxury amenity, like an infinity pool or turndown service, even after a vaccine is available. “If you could pay $25 a night to know your room was disinfected, would you pay that during flu season?” Stern asks. “I definitely would.”

Shelters Fare Better Than Jails In Keeping COVID-19 Out, Despite Similar Challenges

Sales Growth of Around 667 percent