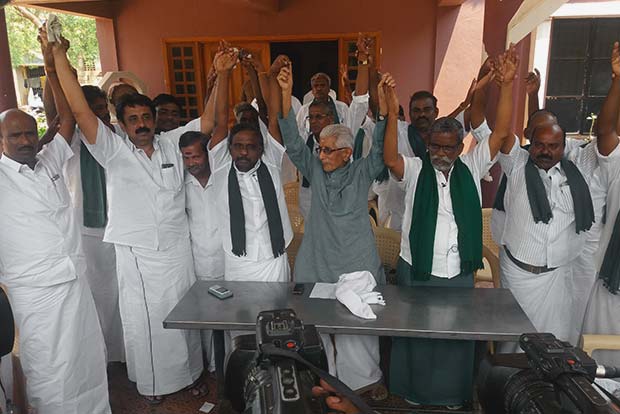 “The CITU has been waging various struggles in support of the farmers who have been fighting resolutely for more than 40 days in Delhi against the new farm laws that would destroy the farming sector,” said a resolution adopted at the CITU’s state executive committee meeting. As part of this, it was decided to forgo lunch on January 11 in solidarity with the farmers. Workers from central and State public sector undertakings and private factories across Tamil Nadu would take part in the protest, it added.

The meeting chaired by CITU State president A Soundararajan also adopted another resolution urging the State government to extend Pongal gift hamper to members of all the workers’ welfare boards under the Labour Department.

“The government announced the Pongal gift hampers to members of the Tamil Nadu Construction Workers’ Welfare Board while leaving out other 17 workers’ welfare boards. There are more than 75 lakh workers registered in the 18 welfare boards. There should not be any discrimination among the workers. The unorganised workers who were severely hit by the lockdown should also be given the hampers,” it said.

Reborn Hummer EV Will Be Built At ‘Factory ZERO’