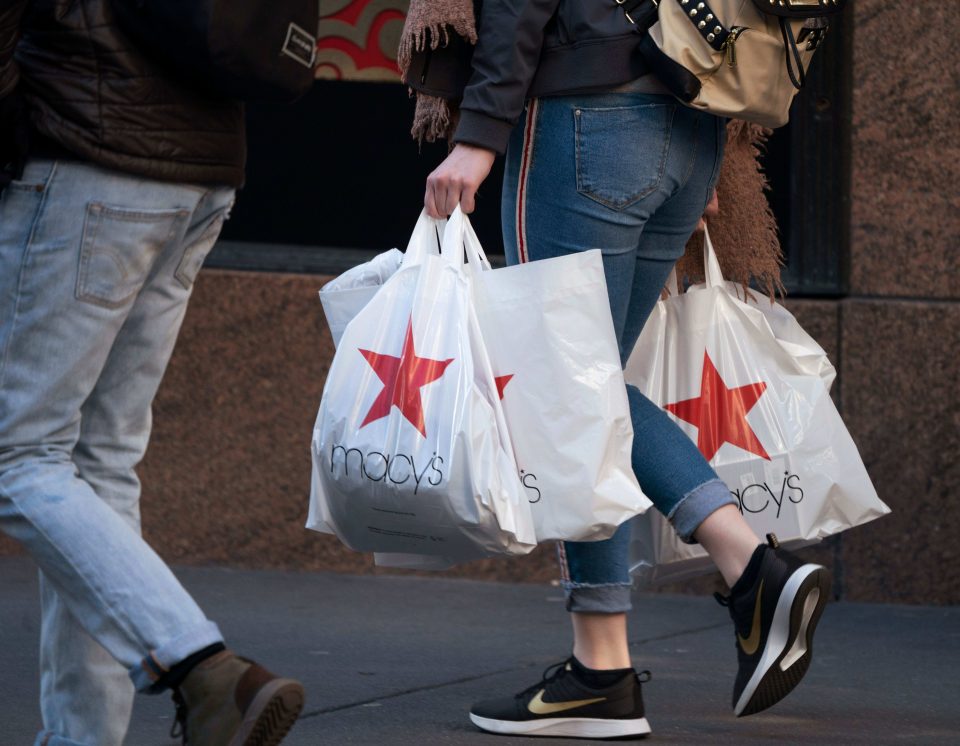 Here are the most important things to know about Thursday before you hit the door.

Retailers Macy’s, Nordstrom and Gap report third quarter earnings on Thursday, continuing a volatile week for retail earnings. With Target soaring on earnings, and Kohl’s tanking, investors will be watching which retailers get ahead of the highly promotional and warmer-than-usual quarter. Credit Suisse is expecting Macy’s to report a loss of 1 cent, with same-store sales slowing 1.5%. In the third quarter last year, Macy’s earned 27 cents per share and comp sales rose 3.3%.

“We still think 2020 [estimates] need to be revised significantly lower before the stock can stabilize,” said Credit Suisse research analyst Michael Binetti in a note to clients.

Nordstrom will earn 62 cents per share and same-store sales will drop 3.6%, according to Credit Suisse. In the same period in 2018, the department store company earned 42 cents per share, largely due to a credit card refund write down. Comparable sales rose 2.3%. Binetti said the key focus for Nordstrom this quarter will be commentary on the NYC store opening. 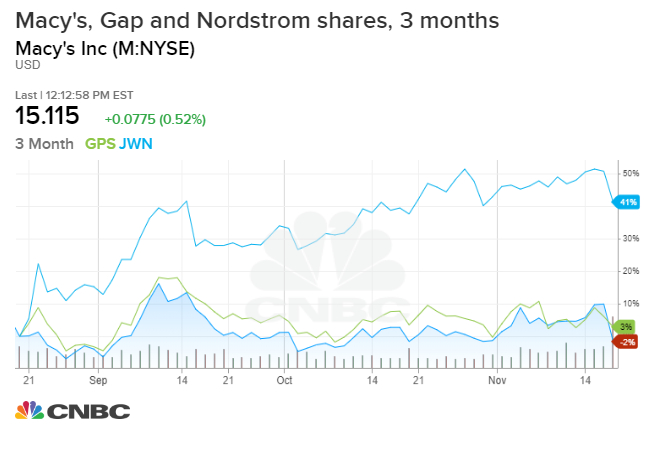 Shares of Macy’s and Gap are essentially flat over the past three months. Nordstrom shares are up more than 35% in the third quarter.

We’ll get a read on the strength of the manufacturing sector when the Philadelphia Federal Reserve manufacturing index for November comes out on Thursday. The Philly Fed’s manufacturing gauge worsened in November, according to Dow Jones estimates. Economists estimate a reading of 5, down from October’s read of 5.6, showing further signs of  manufacturing weakness in the economy.

We’ll get also October’s existing home sales on Thursday. Economists are estimating 5.46 million U.S. homes sold in October, according to Dow Jones. This is after U.S. home sales unexpectedly fell to 5.38 million in September, following two months of gains. Some of the home sale issues lies with a low supply of homes and high prices. Lower interest rates are helping buyers with affordability, but also give buyers more purchasing power, which can causes prices to rise.

Macy’s (before the bell)

Berry Global (before the bell)

Nordstrom (after the bell)

Gap (after the bell)

Intuit (after the bell)

Ross Stores (after the bell)

Splunk (after the bell)

— with reporting from CNBC’s Michael Bloom.