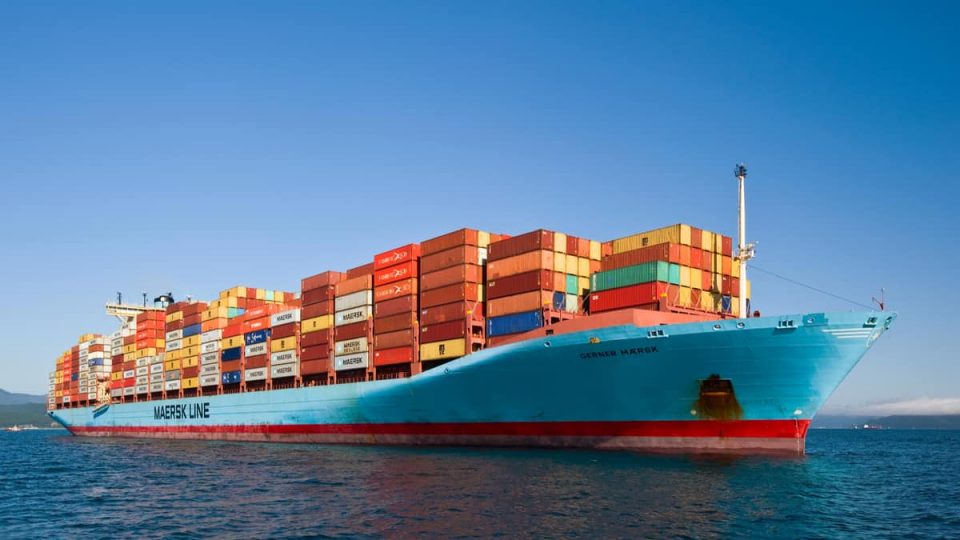 Mediterranean Shipping Company (MSC) and Maersk might be partners in the 2M Alliance, a vessel-sharing agreement on the Asia-Europe, trans-Pacific and trans-Atlantic trades, but the world’s two largest container ship operators are also fierce competitors.

That rivalry will shift up a gear this week if 45-year old Soren Toft is, as expected, confirmed as MSC’s new CEO for container operations after his abrupt Nov. 11 departure from Maersk where he had served as chief operating officer since 2014.

Maersk announced Toft’s departure to “pursue an opportunity outside the company,” but the executive reportedly told Danish media he had accepted a CEO role at an unidentified company.

Neither MSC or Maersk (CPH: MAERSK-B), which reported solid third quarter results Nov. 15, would comment when approached. However, a number of shipping insiders contacted by FreightWaves said they expected MSC to announce Toft would join the company in the coming days, and The Wall Street Journal reported the appointment as a done deal Nov. 15.

Aponte to step aside?

Diego Aponte is MSC’s current president and CEO while his father Gianluigi Aponte, the controlling shareholder of privately held MSC which he founded in 1970, is the carrier’s chairman.

If Toft’s appointment as CEO is confirmed, it is expected that Diego Aponte will become chairman and Gianluigi Aponte will step down.

At the start of 2019 there were suggestions that MSC’s extensive orderbook could soon see it surpass Maersk as the world’s largest container line. With Toft looking like he has jumped ship to join the pretender to the Danish shipping giant’s crown, what better time to compare their respective fleets.

Maersk’s fleet on Sept. 30 amounted to 307 owned vessels with 2.2 million twenty-foot equivalent units (TEUs) capacity and 396 chartered vessels totaling 1.9 million TEU capacity. The line’s total fleet at the end of the third quarter therefore totaled 703 vessels, down from the record of 781 vessels operated in the fourth quarter of 2017. Maersk’s total capacity of 4.1 million TEU on Sept. 30 was down 3.6% year-over-year.

MSC told FreightWaves its current fleet of vessels within the size range of 2,000 TEU capacity to 23,756 TEU totaled 520 ships leaving it short of Maersk on ship numbers, although MSC boasts larger average vessel size (see chart below). Asked how many of its existing fleet is chartered tonnage, a spokesman for MSC replied a “significant portion.”

One line to rule them all

As a result Alphaliner ranks Maersk in top spot with around 17.8% of total global capacity, followed by MSC with a 15.9% market share.

MSC does, however, boast a far more substantial pipeline of newbuildings (see Alphaliner rankings below). In the short-term, the Geneva-based carrier has three 23,000 TEU vessels on order (the MSC Sixin, MSC Ambra and MSC Febe) and one 14,300-TEU vessel (MSC Kanoko) to be delivered by the end of January 2020 with more to follow thereafter.

Maersk’s current owned-newbuilding program is limited with just six vessels on order with a combined capacity of 74,438 TEU.

“We continuously review our fleet composition to ensure it caters to our growth strategy and operational needs,” said a Maersk spokesman. “With more than 20% of our fleet capacity on short-term charter contracts, we have the flexibility to adjust our fleet to future market developments.”

As for future growth ambitions? “We have throughout the year guided that we are targeting profitable growth and have the ambition to maintain a fleet of around 4 million TEU,” said the Maersk spokesman.

Although MSC has a far bigger orderbook, FreightWaves understands that as those vessels join the fleet, chartered vessels will be released. Is it possible that Toft might implement a different strategy that sees MSC vie to take Maersk’s mantle? Time will tell.

Best of the rest

Behind the top two carriers there is a rapid drop-off in fleet size. In third place is COSCO Group with total fleet capacity of almost 3 million TEU and 12.5% of global capacity. CMA CGM (2.7 million TEU fleet capacity; 11.3% market share) is fourth, followed by Hapag-Lloyd – which again recorded excellent results in the third quarter – in fifth position (1.7 million TEU; 7.2%).

“Not only is the Danish company – of course – run by one of its own people, but the CEOs of MSC, Hapag-Lloyd and ONE will also all have a background at Maersk,” he said.

“Rolf Habben Jansen (CEO of Hapag-Lloyd) was CEO of Damco within Maersk from 2009 to 2014 and Jeremy Nixon [the CEO of] ONE was vice president in Maersk from 2005-2008 where he came in following the acquisition of P&O Nedlloyd.

Why Shippers’ Council is pushing for integrated automation of port services