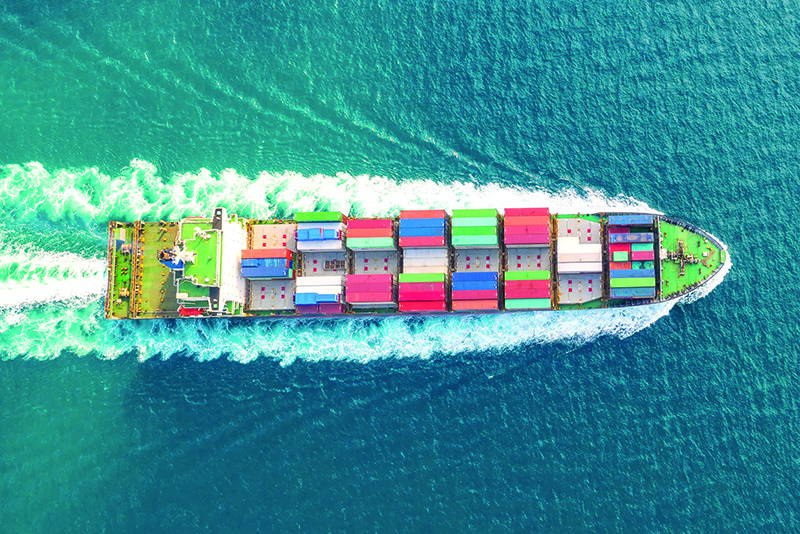 Logistics managers reliant on ocean cargo shipping have been confronted with a series of calamities and close calls this year, note industry analysts.

The pandemic led to global changes in consumption and shopping patterns, including a surge in e-commerce. This was followed by increased import demand for manufactured consumer goods—most of which are moved on container vessels.

With the lessening of lockdown measures and varying speeds of recovery worldwide—as well as stimulus packages supporting consumer demand—inventory-building and frontloading contributed to a further increase in containerized trade flows. Finally, the recent obstruction of the Suez Canal by a grounded container ship contributed to another escalation of freight rates.

The United Nations Conference on Trade and Development (UNCTAD) recently released a paper titled “Container Shipping in Times of COVID-19: Why Freight Rates Have Surged.”

It notes that the underlying causes of skyrocketing expenses are complex and include capacity management by carriers and a severe shortage of containers. Pandemic-related delays in intermodal connections further cloud the picture.

“The impact of the container shortage is greater on longer and thinner trade routes to developing regions than on the main east-west routes,” says Shamika N. Sirimanne, UNCTAD’s director of the division on technology and logistics. He adds that, in the longer term, policymakers need to focus on further reforms in trade facilitation and ports, improved tracking and forecasting, and the strengthening of national competition authorities.

At the outset, the disruptions resulting from the pandemic, trade imbalances and changing trade patterns led to shifts in the geography of container trade. Empty boxes were left in places where they were not needed, and repositioning was not planned. Moreover, as carriers introduced “blank sailings,” or skipped port calls, a mismatch between supply and demand for empty containers was exacerbated, as empty boxes were left behind and failed to be repositioned. 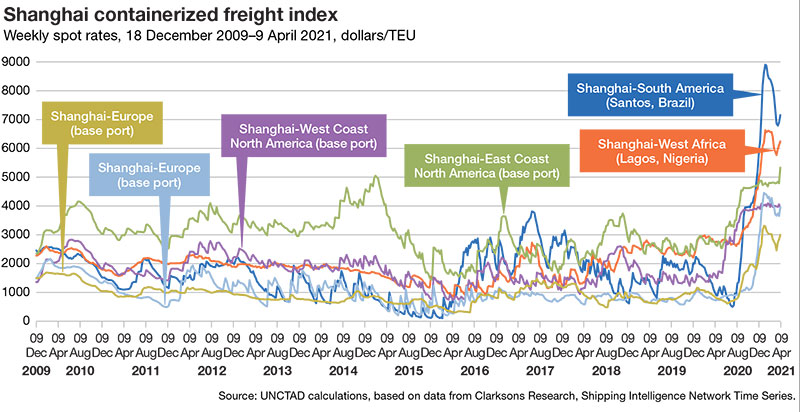 The container crisis is also a reflection of a slowdown in and delays across the maritime supply chain due to strains caused by the pandemic. This includes port labor shortages, port congestion and capacity constraints in inland transport systems. Monitoring of port calls and liner schedules, along with better tracing and port call optimization, are among the issues covered by the growing field of “maritime informatics,” UNCTAD concludes.

“Policymakers need to promote transparency and encourage collaboration along the maritime supply chain, while also ensuring that potential market power abuse is kept in check or prevented,” says Sirimanne.

Meanwhile, The U.S. Federal Maritime Commission has voted to create a National Shipper Advisory Committee to advise the FMC “on policies relating to the competitiveness, reliability, integrity, and fairness of the international ocean freight delivery system.” The committee will consist of 24 members, evenly divided between exporters and importers.

FMC commissioner Rebecca Dye applauded the creation of the committee and expressed gratitude for the support it’s had in Congress. “I have long believed, and said publicly on repeated occasions, that the commission would benefit from having a formal and established method for collecting the advice of its shipper constituency,” she adds.

Mr. Burnson is a widely-published writer and editor specializing in international trade, global logistics, and supply chain management. He is based in San Francisco, where he provides a Pacific Rim perspective on industry trends and forecasts. He may be reached at his downtown office: [email protected]

Successes, failures, and challenges of North African ports from Morocco to the Horn of Africa