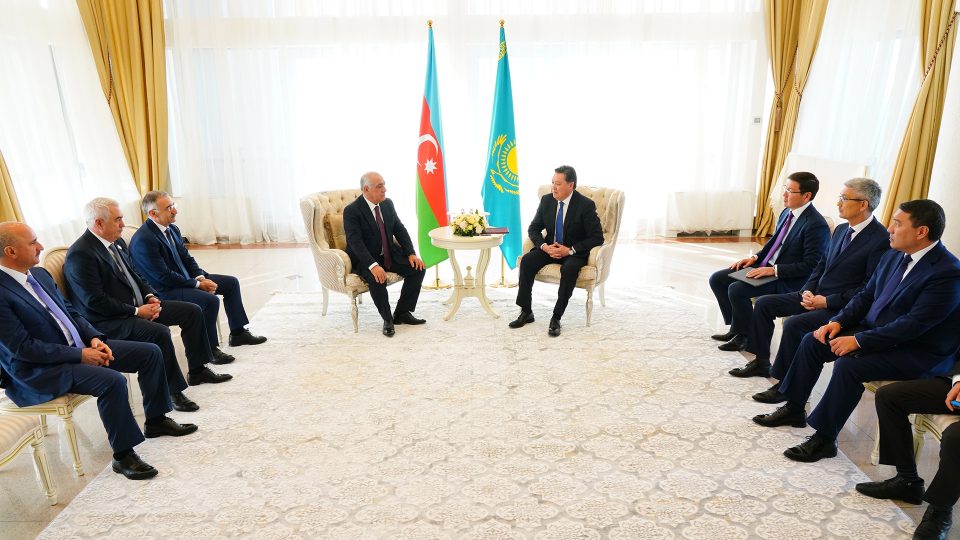 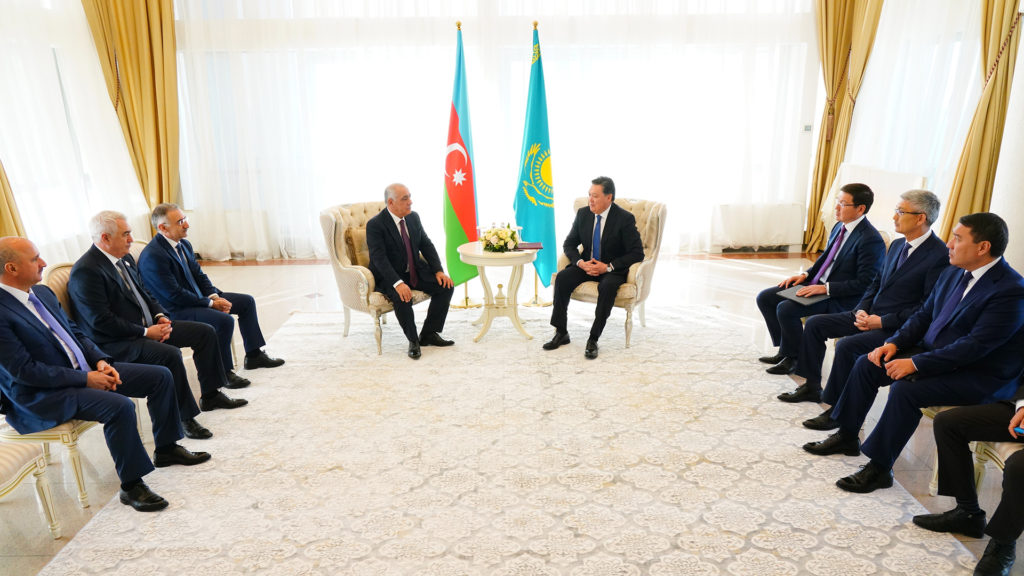 “It will allow you [Azerbaijan] to reach a higher level of development of high-speed and secure data transmission infrastructure, join the leading Europe-Asia trunk routes and take your rightful place in world data transit,” Mamin told Asadov about the project’s benefits.

The project is designed to be transcontinental and to create a digital telecommunications corridor between Europe and Asia. The cable is projected to be 380-400 kilometres long. Kazakhstan’s Transtelecom and KazTransCom and Azerbaijani telecom operator AzerTelecom will lay the cable, which is expected to be put into operation by the end of 2021. It will allow the transmission of data with a capacity of at least four terabits per second.

Mamin and Asadov also discussed the current state of and prospects for cooperation between their countries in trade, investment, transport and logistics, agriculture, space and cultural and humanitarian work.

Kazakh Minister of Digital Development, Innovations and Aerospace Industry Askar Zhumagaliyev also issued a statement regarding the launch of the links the same day, estimating the potential revenue for Kazakhstan to reach $300 million, reports the KazTAG news agency.

“This communication line connects Kazakhstan and Azerbaijan. However, if you look more globally, this line will allow for the transit of traffic from China through our countries to Europe. Why is it beneficial to Kazakhstan? We expect data transit revenue to reach $300 million. This process can be compared to building a quality road: freight traffic immediately increases along it, budget revenues grow, roadside service develops, and so on,” Zhumagaliyev said of what Kazakhstan might reap from the new data connection.

Investment in the project is estimated to be approximately $60 million, and the data link is projected to create up to 150 jobs. The final fibre-optic route will connect China, Kazakhstan, Azerbaijan, Georgia, Turkey and Germany.