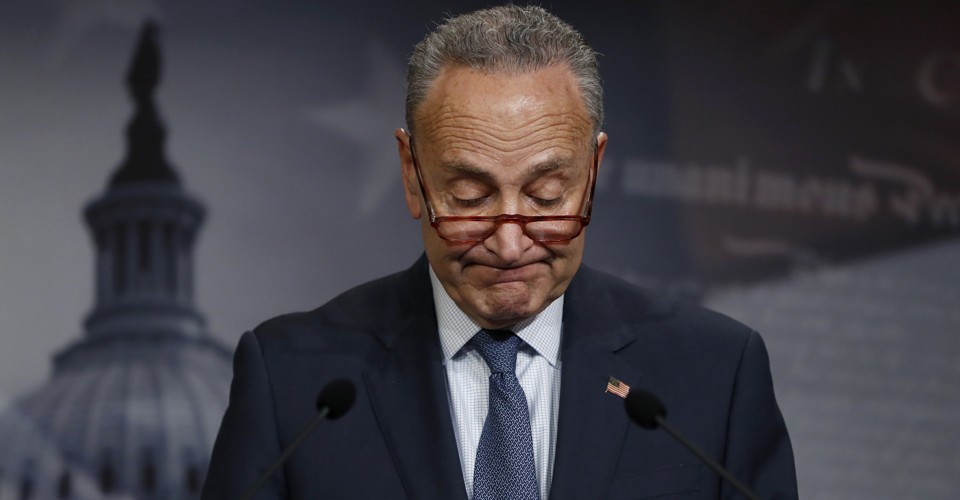 “Despite the fact that it includes very good labor provisions, I am voting against USMCA because it does not address climate change, the greatest threat facing the planet,” Schumer said. “When it comes to climate change, the agreement still contains many of the same flaws of the original NAFTA, which I voted against.”

Justice Democrats, the group that helped power Ocasio-Cortez to her upset victory over Representative Joe Crowley in 2018 and is now pushing other primary challenges to Democratic incumbents across the country, was quick to declare victory.

“Our primary challengers and sit-ins targeting moderate Democrats have been criticized as divisive and unnecessary by many in the party establishment,” Alexandra Rojas, the executive director of the group, said in a statement. “But Senator Schumer’s decision to oppose the USMCA on climate change grounds would not have happened without our movement putting pressure on Democrats to make this crisis an urgent priority in the party like never before.”

Climate change also happens to be a core issue for Ocasio-Cortez, who has fought to get other Democrats to back her Green New Deal. On her first day as a member of Congress, she joined climate-change activists from the Sunrise Movement and Justice Democrats in a sit-in outside Pelosi’s office.

Read: ‘If we pass Medicare for All, I’m going to be silent as a lamb’

A spokesperson for Ocasio-Cortez, who also voted against USMCA, declined to comment.

Schumer has faced pressure back home, including occasional protests outside his Brooklyn apartment by activists urging him to take a stronger stand against Trump across a range of issues. Of late, one of those groups, Indivisible Nation Brooklyn, has prioritized climate issues and pushed Schumer to endorse the Green New Deal and oppose USMCA. Schumer’s vote on the measure is “progress,” says Liat Olenick, a co-president of the group. “It’s positive, and we always want to acknowledge positive things.”

Schumer declined to comment beyond his statement. But his office noted that the longtime senator has been placing a higher priority on addressing climate change in recent years. The Democrats’ 2018 campaign platform pledged that any new trade agreement would address climate change, and last year Schumer established a Democratic special committee to address the crisis after Republicans refused to create an official Senate panel.

If primary considerations were a factor in Schumer’s vote, he’s likely not alone. The Democratic defections on USMCA underscore the growing threat incumbent lawmakers feel from progressive primary challengers, who are building on the model popularized by the Tea Party to push the party leftward. Just 38 House Democrats voted against the trade deal, but several of them are already facing aggressive primary challengers. The opponents include two representatives, Eliot Engel of New York and William Lacy Clay of Missouri, whose challengers have been endorsed by Justice Democrats.

Rupee appreciates 17 paise to 77.17 against US dollar in early trade

Trump’s business, political allies urge him to move on