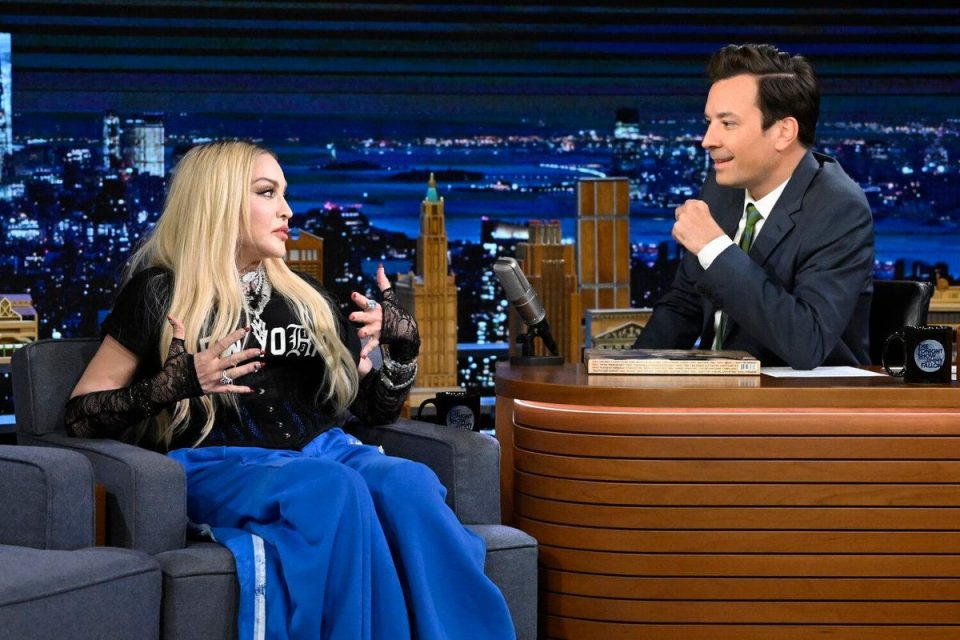 On Friday, August 12, NBC’s The Tonight Show Starring Jimmy Fallon reached a late-night TV milestone — albeit, one that’s not connected to ratings or any of the traditional metrics of success that one might associate with a linear TV program. The Tonight Show, in fact, has just hit 30 million subscribers on YouTube, becoming the first late-night show to cross that mark amid the digital ground game and 24-7 scramble for online mindshare that now consumes all of the late-night TV hosts. As well as the creative teams around them.

For a late-night show like Fallon’s, there’s the broadcast that viewers see on TV — in which he banters, for example, with guests like Madonna and Kate McKinnon as he did this week, and performs bits like his regular Thank You Notes segment. And then there’s the work that kicks into gear behind the scenes each day, overseen by The Tonight Show’s head of digital Nick Dyer.

Amassing 30 million YouTube subscribers (CBS’ The Late Late Show with James Corden is not far behind, with over 27 million as of the time of this writing) is a byproduct of, for Team Fallon, a creative and content operation that essentially splits the day into two halves. By working day and night to keep all the major platforms fed with show excerpts, original content and more, it’s helped to turn The Tonight Show into a digital content creation machine — in addition to its YouTube record, by the way, Fallon’s is also the most-followed US talk show on TikTok, with more than 12 million followers there.

Dyer explained to me how The Tonight Show’s digital team works around the clock to support the show and Fallon, with part of the team working a shift in the morning leading up to the show and then the second shift covering after the show is taped — when that team is focused on getting content out through the rest of the night. Meanwhile, he also stressed Fallon’s importance at the center of the whole enterprise, with the creative team both taking input from the host and keeping his voice and image in mind, while Fallon of course also brings a comedic/variety show background to the table.

“Overseeing all our social channels is a really tall order, and of course there’s also the table stakes of — every segment goes online on YouTube and NBC.com,” Dyer said, adding that full episodes, for example, also go out on Peacock.

“But where it gets more difficult is in figuring out what those ‘moments’ are that our fans are going to gravitate towards. And how to clip up the show for all these different platforms. Plus the different formats and different time restrictions — when it comes to, for example Instagram Reels versus TikToks — and finding those best moments to put out from the show.”

Instagram and TikTok, as you might imagine, are where the show directs the lion’s share of its creative energy and original digital content efforts. The morning that I spoke with Dyer, in fact, the show had just reached 12 million TikTok followers (“It’s become a beast for us”). The Tonight Show TikTok account includes interviews, show clips, and interpretations of TikTok trends — along with participation from celebrity guests like Stranger Things’ Noah Schnapp and Maya Hawke.

They feature in one particular Tonight Show TikTok from late June that’s garnered more than 44 million viewers so far — the show’s most-viewed TikTok ever.

“Whenever there’s a big guest coming on, in the same way that segment producers are talking to them about how the interview’s going to go, we’re talking and working closely with Jimmy and the producers, writers, hair and makeup and everyone at the show to figure out how we can pitch creative ideas as well,” Dyer continued to me.

Speaking of Dyer, he’s an Emmy Award-winning producer who oversees a six-person team at The Tonight Show that manages digital content, strategy, and production for the longest-running talk show in TV history.

Since Dyer joined the show’s staff in 2021, the show’s online audience has added more than 17 million new followers in aggregate across Facebook, Instagram, YouTube, Twitter, and TikTok. That amounts to more than 30% growth in the show’s digital reach in just over a year.

For another example of how this effort spans both the show itself as well as Dyer’s team, Fallon did a bit in one of his recent monologues — joking that the Stranger Things villain Vecna is so big, he’s got his own TikTok account now.

You can probably guess where this is going.

“We took that to the next level and decided to create a TikTok account for Vecna — it’s @vecnalicious86,” Dyer told me. “We’ve shot now over 20 pieces of content with our Vecna, and the account has over 526,000 followers, which is just crazy to see.

“I think this is all about reaching as many fans and potential viewers as possible. So we see our guests and the content we produce with them as a bridge to their audience. Ultimately, our goal is to convert them as new fans of Jimmy and The Tonight Show — or, at the very least, reach them in the hopes that we remain top of mind, in whatever form that may be.”