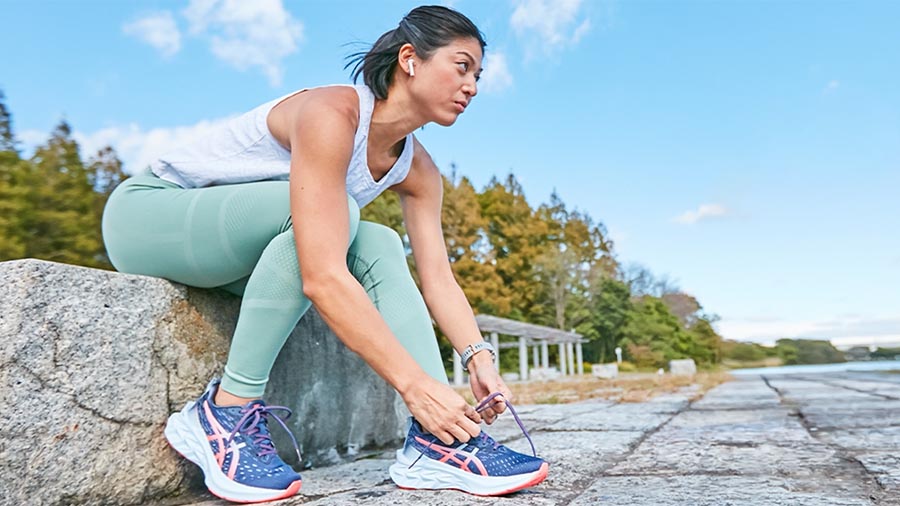 Asics reported an operational loss in its North America segment in the six months due to reduced gross margins as well as higher operating expenses tied to higher e-commerce sales. Sales declined 2.7 percent on a currency-neutral basis, impacted by supply chain disruption.

Reported sales in the six months ran up 11.3 percent to ¥47,631 million ($357 mm) compared to ¥42,797 million a year ago due to changes in foreign currency exchange, according to the income statement from Asics Corp. The segment’s operating loss of ¥562 million compared with operating earnings of ¥1,944 million a year ago.

Subtracting first-quarter results from six-month results shows North American sales in the three-month second quarter were ¥26,519 million against ¥23,977 million a year ago, representing a gain of 10.6 percent. Operating income was ¥212 million, down 85.6 percent from ¥1,471 million a year ago.

According to a statement from Asics North America, which includes the United States, Canada and Mexico, a highlight of the quarter was the achievement of a third consecutive quarter with double-digit growth in the e-commerce channel.

Contributing to the double-digit growth in e-commerce was a 64 percent year-over-year increase in OneAsics memberships. Earlier this year, the brand introduced ‘member exclusive’ products for OneAsics members. This perk features a 30-day window where members can access select products before becoming available to consumers. To date, performance running and tennis products have been the most successful items in the program.

From a product standpoint, the core Performance Sports category experienced double-digit growth in the second quarter in the North American region. The region benefited from improvement in product availability, resulting in sales increases for the tennis and golf categories. Specifically, there was a balanced share of sales across the four top golf models, Gel-Ace Pro M, Gel-Kayano Ace, Gel-Course Glide, and Gel-Course Ace.

Elsewhere in the region, Performance Running and Sportstyle categories were more impacted by residual supply chain challenges, though several products performed strongly this quarter. In performance running, the Gel-Nimbus 24 model was the top-selling style in the wholesale channel, while the Metaspeed series saw year-over-year growth, with the Metaspeed sky+ shoe becoming the top-selling model in the franchise. Conversely, in Sportstyle, the Tiger Runner, Japan S and Gel-Kayano 14 shoes all experienced growth in the wholesale channel.

“As the obstacles associated with the global supply chain continue to affect our wholesale and retail channels, we are anchored by the year-over-year category increases we see from run specialty, team sales and more,” said Richard Sullivan, president and CEO, Asics North America. “Looking ahead to the third and fourth quarters of 2022, our valued partners across the business will continue to be the driving factor behind the anticipated successes of the Asics North America region.”

Companywide, Asics raised its guidance for the year due partly to momentum in most regions, including North America, in the Performance Running category.

In the six months, sales for the Japanese sporting goods giant reached ¥225,080 million, up 7.4 percent. The gains came despite production disruptions caused by the shutdown at some factories and were paced by strong sales of the Performance Running category in some regions.

Gross profit increased 5.7 percent to ¥111,486 million due to top-line growth. Gross margins eroded slightly to 49.5 percent from 50.3 percent a year ago.

Operating income decreased 20.1 percent to ¥19,166 million, mainly due to an increase in the commission fee. Net profit, however, improved 9.8 percent to ¥13,562 million due to reduced extraordinary losses caused by the impact of COVID-19.

In other regions in the six months, net sales in Japan decreased 2.2 percent to ¥56,503 million due to weak sales in all categories except Onitsuka Tiger. Segment income decreased 11.4 percent to ¥3,086 million, mainly due to the impact of the sales decrease.

In the Europe region, sales in the half increased 9.0 percent to ¥63,030 million due to the effect of foreign exchange. Segment income decreased 22.0 percent to ¥7,148 million, mainly due to gross margin erosion and increased advertising expenses.

Greater China region sales grew 3.4 percent to ¥28,945 million due to strong sales of Performance Running and foreign exchange effects, despite weak sales of the Onitsuka Tiger category. Segment income slid 3.0 percent to ¥5,962 million, mainly due to lower gross margins and increased SG&A expenses resulting from the effect of foreign exchange.

Oceania region sales jumped 17.6 percent to ¥15,444 million due to strong sales in all categories except the Sports Style category. Segment income increased 44.6 percent to ¥2,944 million mainly due to gross margin improvement, as well as higher sales.

Southeast and South Asia regions’ sales surged 73.8 percent to ¥8,056 million due to strong sales in all categories. Segment income vaulted 683.0 percent to ¥1,430 million, mainly due to an improvement in gross margin, as well as sales gains.

In Other regions, sales increased 28.9 percent to ¥20,286 million due to strong sales in all categories except the Apparel and Equipment category. Segment income climbed 127.3 percent to ¥1,442 million, mainly due to the sales gain.

Looking ahead, Asics’s updated outlook in the current year calls for:

Asics said in a separate statement that the upward revision in sales reflects strength in Performance Running with strong growth, particularly in North America, Europe, Oceania, and Southeast and South Asia in the second quarter. Asics wrote, “The current steady growth is expected to continue in the rest of the year. Therefore net sales are revised to exceed the previous forecast, including a favorable revision of the assumed foreign exchange rates.”

Operating income and ordinary income are also expected to exceed previous forecasts due to an increase in sales in the above-cited regions, despite the impact of “soaring distribution costs” in North America and Europe.

The net profit was also revised upwards in part due to an expected revision of deferred tax assets that caused an increase in royalty income from subsidiaries.