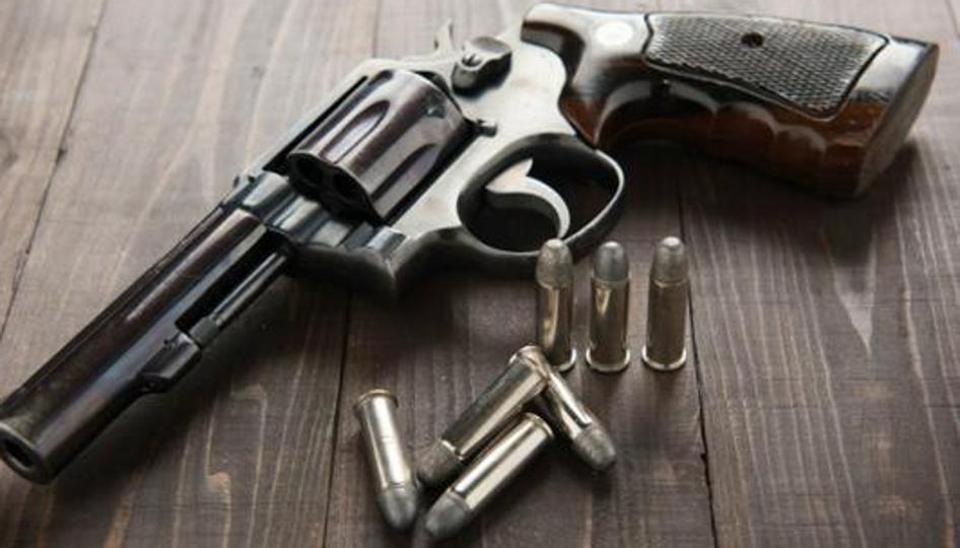 For 20 days a month Istkar (who uses only one name), wakes up before sunrise and sets up his factory — in time to catch the sun.

He has poor sight in his left eye and needs to make the most of sunlight. His factory is a 10×12 room on the first floor of his house. His first product of the day, a country made pistol, is usually ready before the clock struck noon. After lunch, he returns to work. By the time the sun goes down, his second pistol is ready. He spends the other days buying material for his factory, meeting arms dealers, or simply resting.

That was until Wednesday, when he was arrested.

On that day, a special task force of the Delhi Police’s south-east district busted Istkar’s gun factory in Meerut. According to Chinmoy Biswal, deputy commissioner of police (south-east), the operation “ gave us a glimpse into the life and working of an arms manufacturer who could set up a gun factory in five minutes in a space as small as 4×4.”

It was a rare operation for the police because it helped unravel an entire supply chain in the illegal gun-running business — from maker to user.

This year, until September, the Delhi Police arrested 2,379 people for possession of illegal arms and ammunition. On October 23, HT reported that at least 1,000 bullets were fired in 310 incidents of shooting in the city between January 1 and October 18 this year. Senior officers, past and present, said at the time that when the police arrest an arms dealer, they need to take the probe to its logical conclusion by getting to the gun manufacturing units.

The operation that busted Istkar began with a tip-off to the south-east district police that led to the seizure of five country made pistols and the arrest of an alleged arms dealer, who goes by the name of Masroor, from south Delhi’s Jasola on September 22.

Over the following 60 days, a team of a 12 police officers conducted 32 raids in eight places in Delhi and Uttar Pradesh. Only four of the raids were successful, but they led to the arrests of two alleged arms dealer, an end user and, finally, Istkar, said DCP Biswal who monitored the probe.

“Masroor revealed that he was supplying illegal firearms to north-east Delhi gangs, the notorious Chenu gang being prominent among them. During three days of custodial interrogation, he gave us the name of one of his buyers, Fahim,” said inspector Mukesh Moga of the STF.

Fahim, an alleged satta (gambling) racketeer who needed the guns to “frighten” his rivals, was arrested from New Seelampur in north-east Delhi on September 22, a day after Masroor’s arrest. He was allegedly found carrying two pistols.

The police also managed to get Masroor to reveal the name of the wholesale gun dealer, Asif Ali, from whom he purchased the guns. But multiple raids over the following eight weeks yielded no result.

The breakthrough came earlier this week, on Tuesday when a tip-off led to Ali’s arrest from Sarai Kale Khan bus terminal, said the police. Ali too, was carrying a country made pistol.

“Ali revealed that he would purchase the guns from a manufacturer named Istkar, but he could share only limited details such as the maker’s name, village and the fact that he had poor sight in his left eye,” said inspector Moga.

Armed with this information, the police team left for Meerut the same day. “The Radhna village in Meerut is congested with houses in narrow by lanes. We only had the names of the suspect and his father, but not his address,” said Moga.As it turned out, the village had two men named Istkar. Both their fathers were named Intzar. It was then that the information about Istkar’s poor eyesight came handy.

When the police finally barged into Istkar’s two-floor house around 8 pm on Wednesday, they found a visibly sick Istkar seated with his children. Istkar is father to 12 children, the youngest being a three-year-old boy and the oldest a married 30-year-old daughter. Istkar said none of his children were involved in his business although they knew what he did for a living.

The police found the factory on the first floor — well- placed to receive sunlight. The house has five rooms across two floors.

The police recovered 40 unused barrels, 50 trigger springs, three drill machines, an air blower and tools that helped grip the weapons, mark signs on them and join them from the factory. The police said the tools were “very basic” in nature.

At the end of a day’s work, Istkar would stuff all his tools in three sacks and keep them in one corner. “It takes Istkar only five minutes to lay out the tools and begin work,” said DCP Biswal.

The police also found two unfinished guns, one of .312 bore and another of ,315 bore, from the same room. As it turned out, Istkar was unwell on Wednesday and didn’t finish work.

Istkar has never been schooled and worked as a casual labourer in and around the village and local farms before he came in contact with a gun maker called Jashvir, sometime in 2005, said the DCP. “Jashvir taught him to make guns, but died soon after. Istkar then began making guns independently, working mainly from a nearby forest.”

He was caught a year into business. After he was released, Istkar started taking precautions . “All he needed was a 4×4 space in an isolated place. So, sometimes he would set up his factory in a forest, sometimes in a rented house, occasionally in his own house and seasonally in the middle of tall sugarcane crops,” said inspector Moga.

With his health failing him in recent months, and his wife and children annoyed with him for being away from home for much of the day, Istkar decided a few weeks ago to work from home.

Among the other precautions Istkar took was to never mention his factory’s location to the multiple arms dealers he supplied his weapons to. He would meet them at unknown locations.

The guns manufactured by Istkar for ₹500 would be sold to an end user in Delhi or Uttar Pradesh for a minimum of ₹7,000.

They were sought after too.

8 Killed In Blast At Chemical Factory Near Mumbai

Sugar factory to be turned into sweet mixed-use space