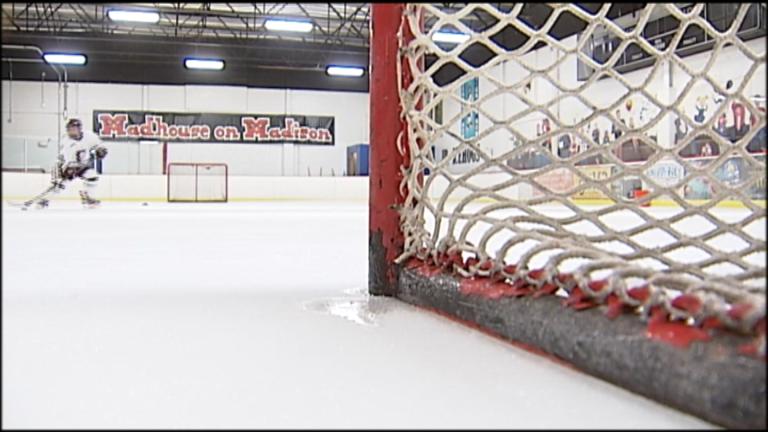 ROCKFORD (WREX) — Dozens of community members in Rockford, including some local leaders, penned a letter Thursday to the Rockford Park District Board of Commissioners to call for the board to save the Riverview Ice House, and “threaten to end programming at the UW Health Sports Factory,” according to the letter.

In an effort to cut costs, the Rockford Park District will recommend closing Riverview Ice House and moving all ice activities to Carlson Ice Arena.

According to the letter, the Rockford Park District Board of Commissioners will also consider no longer hosting out-of-town sports tournaments at the UW Health Sports Factory. The sports factory, which drew hundreds of thousands of people to Rockford to attend sports tournaments, was a major consideration during discussion of building the new Embassy Suites Hotel.

In the letter, the group highlights the potential economic impacts to Rockford’s urban downtown if the facilities, both located in downtown Rockford, close for community use.

The group said the central location of the facilities would mean fewer opportunities for residents who live on the west side of town to engage in sports activities.

Another concern, according to the group, is a lack of transparency when it comes to the park district’s finances, including operational subsidies, and visitor numbers.

“For example, the Park District mingles the operational subsidy and the visitor numbers for Carlson Ice Arena and the Riverview Ice House as well as for the UW Health Sports Factory and Mercy Health
Sportscore Two,” the letter said. “Moreover, a multi-million dollar charitable pledge has been made to support the redevelopment of the Riverview Ice House.”

In closing, the group hopes future conversations with the park district can include other stakeholders, such as taxpayers, customers, the state, local municipalities and local economic development and tourism agencies.

In summary, we ask you, the Park District Board of Commissioners, to pull the closure of Riverview and the programming of the UW Health Sports Factory from your upcoming October 13 agenda and direct Park District staff to Reconvene the Ice Facilities Committee, Engage the broader community and work toward a collaborative solution that saves Riverview Ice House and the U.W. Health Sports Factory as tourism destinations and supports the best interests of all stakeholders.

The Park District Board of Commissioners will consider the recommendations from the Park District on Oct. 13 at 6:30 p.m. at the Webbs Norman Center, 401 S. Main Street Rockford.