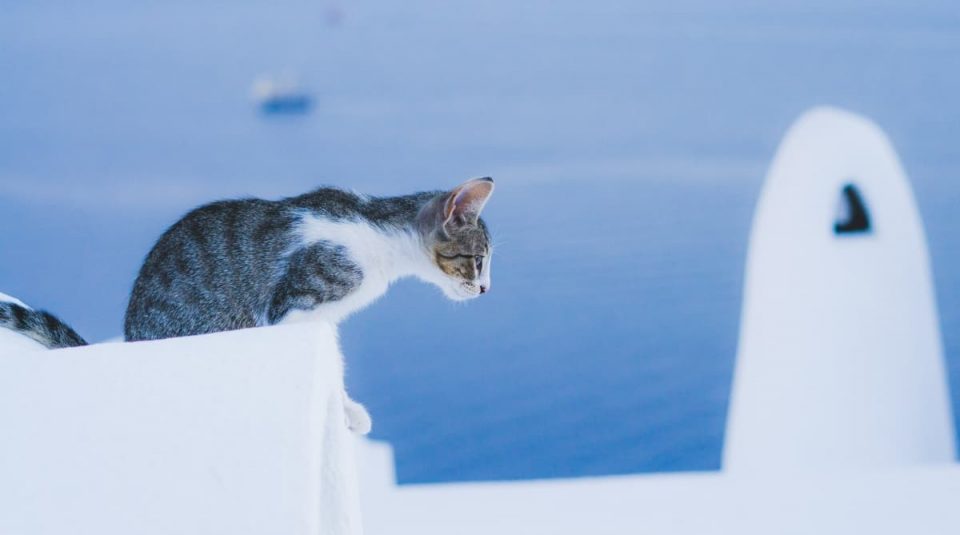 Momentum to decarbonize ocean shipping emissions is building. Consequences for future newbuilding orders and freight rates could be game-changing.

First came the landmark 2018 decision by the International Maritime Organization (IMO) to halve greenhouse-gas emissions by 2050. Then came the Poseidon Principles from shipping banks in 2019, with lenders vowing to publicly disclose portfolio carbon emissions.

Now, some of the world’s largest bulk cargo shippers have launched Sea Cargo Charter (SCC), which will publish emissions data on chartered ships.

Ocean shipping faces a classic “herding cats” dilemma. When it comes to greenhouse gases, different stakeholders want to go in different directions. The challenge is to corral them behind a single common plan.

The industry wants a global regulatory regime under the IMO. But the EU is moving ahead with a regional regime. And not all IMO member countries may be on board with a global scheme. Some shipowners favor carbon taxes and speed limits. Others don’t. The banks will use one way to measure emissions, the charterers another. The banks and charterers that are signatories to the Poseidon Principles and SCC are overwhelmingly Western. Yet ship finance and chartering are increasingly Eastern.

What do charterer, bank schemes change?

Neither the SCC nor the Poseidon Principles require signatories to do business with owners of more fuel-efficient ships — although they can opt to do so unilaterally. The agreements merely require participants to publicly disclose, on an annual basis, how the carbon intensity of their portfolios aligns with the IMO target trajectory. The SCC will report each June, the Poseidon Principles each December.

Annual self-reporting by charterers and banks should compel signatories to improve their public scores over time. What investors want to know is: How will this change vessel supply and rates?

The grand plan is to ultimately replace the entire world fleet with lower-carbon-emitting or zero-emission ships.

Michael Parker, global head of shipping at Citigroup, explained, “Modern shipping finance was born after the war. Aristotle Onassis needed to build new ships. He got Texaco to agree to a 10-year time charter. He took that document to Citi and Chase and said, ‘Will you finance the ships if I have them chartered to Texaco?’

“After that we went from crisis to crisis,” Parker recounted, pointing to “unnecessary capacity” ordered on spec without long-term-charter backing.

He predicted that the SCC and Poseidon Principles will precipitate “what I call the rebirth of 21st century shipping finance.”

“This is going to come through responsible charterers helping to finance responsible shipowners who will borrow from responsible lenders to build the new ships. The [new] ships that charterers will charter will be low-emission and ultimately zero-emission ships.

“This will produce the capacity we need for growth but will prevent the building of unnecessary vessels,” opined Parker. That, in turn, will lead to a future in which capital markets feel confident that “investing in shipping is investing in a clean part of the supply chain and not speculating and taking the unnecessary risks that society will no longer tolerate.”

The signatories’ share of oceangoing cargo appears much higher on the dry than wet bulk side. Poten & Partners’ rankings of the top 10 dirty cargo charterers of the first half of 2020 include only two signatories (Shell in third, Total in ninth).

“The next step is clearly to get the group bigger. There are still a lot of people chewing on it,” said Cargill Ocean Transportation President Jan Dieleman.

The banking footprint of the Poseidon Principles is similar to the SCC’s in that it is material, but not yet big enough.

In June 2019, the 11 founding signatories of the Poseidon Principles — including ABN AMRO, Citi, Crédit Agricole DNB, Societe Generale and Nordea — provided just over 20% of the industry’s senior debt. Three banks have since joined, bringing signatories to 14. The all-important Chinese lenders and leasing houses have yet to come into the fold.

“We did start together and the banks, charterers and others tried to come up with something together,” recalled Parker.

The charterers ultimately went their own way under a plan with the code name “The Charterer’s Charter” because they thought “the banks were going to be too prescriptive and impinge on [the charterer’s] commercial freedoms.” he said.

“We’re sort of like twins born 16 months apart,” said Parker of the Poseidon Principles and SCC. “Our mother, the Global Maritime Forum, can now feel more comfortable than it has for the last 16 months.”

But the twins have opted for different ways to measure emissions. The Poseidon Principles uses the Annual Efficiency Ratio (AER), even though it concedes that other measures such as the Energy Efficiency Operational Indicator (EEOI) provide a more accurate estimate of carbon intensity.

The SCC platform is using EEOI. The SCC platform is using EEOI. It will be more time-consuming for shipowners to give the charterers what they need versus the banks. The AER information sought by the banks is already provided through the IMO Data Collection System (DCS). For SCC signatories to get the EEOI data, the owners of the chartered ship must agree to provide voyage-level fuel consumption data within seven days of the end of each voyage.

“The key element for me is that the Sea Sea Cargo Charter goes down to the granularities of individual vessels and individual voyages,” said Tristan Smith, a researcher and lecturer at the UCL Energy Institute.

“Because of that, you have a tool to diagnose what drove one voyage to have a particular cargo intensity relative to another.

“Was it operational decisions? The fact that they demanded utmost dispatch at 15 knots? Was it that they hired a ship with a technical efficiency that was inferior to other ships on the market? All of that is now in a common language with a common ability to monitor it and make decisions differently [for SCC signatories and owner counterparties].

“We’ve had IMO negotiations in the last couple of days where the level of ambition was not as high as it needs to be,” revealed Smith.

“When I ask in that forum, ‘Why can’t we regulate the operational carbon intensity of shipping [i.e., the SCC model using EEOI]? Why do you believe the only tool is technical efficiency, which is about the design of the vessel and not the operation of the vessel?’

“And the answer I received, both from a leading government and from a leading shipowner NGO [nongovernmental organization], is that it would be unfair for us to regulate [shipowners] on something that is about luck. What those answers embody for me is the concern that they [owners] are out of control of the ships’ carbon intensity because it is driven by factors beyond what they can manage: It is driven by the charterers.”

In other words, shipowners don’t want to pay the regulatory price for the operational decisions of the charterers.

Yet another example of the “herding cats” dilemma involves the different segments of ocean shipping. Container shipping is a major contributor to industry carbon emissions but has a totally different business model than bulk shipping.

According to Smith, “The container sector is now behind the bulk sector in having a private-sector initiative that is effective, and hopefully this [SCC] can inspire that group or spawn a new group that can push the container sector to the much higher standard that it needs to be at. They’re not there today.”

And then there is the pivotal conflict between global and regional regulatory solutions.

“It is urgent to have an IMO-led comprehensive shipping decarbonization program,” said Nielsen. “We embrace global measures, but not regional measures. If regional measures are implemented, it becomes a lot harder for the IMO to implement a global system.”

One major regional measure is already in motion. In September, the European Parliament voted to include ocean shipping under the EU Emission Trading System (ETS). The next step — which is far from guaranteed — is to secure approval of EU member states.

A decade ago, the EU tried to get international airlines to buy carbon permits for portions of their flights outside of EU territory. It didn’t work. The ETS only covers intra-European flights.

Assuming the EU or any other regional body could win the legal jurisdictional argument, the next challenge would be to prevent shipping interests from gaming the system. If the carbon pricing applied to the time at sea between the arrival of the cargo and its departure from the previous port, shippers could use transshipment at a nearby hub to minimize the time covered by the carbon pricing.

A global solution via the IMO could take the form of a global carbon tax.

Global Maritime Forum members have voiced support for a tax for several years. Last December, leading shipping industry associations submitted an IMO proposal for a $2 per ton of fuel tax to support research and development. The proposal seemed designed to lay the groundwork for a future collection system for a much higher tax. Then, this September, Trafigura proposed a carbon tax of $250-$300 per ton of CO2 equivalent.

The challenge will be corralling the support of countries whose economies depend on imports and exports. They could view a global shipping carbon tax as a levy on their economies.

“I think we need the addition of more regulatory teeth,” said Smith. He pointed out that action at both the government and corporate level is important. “Progressive corporates taking action in groups like the Global Maritime Forum [together with action] at the IMO reinforce each other.

“Don’t expect the IMO to ever set numbers at levels that are as high as they need to be,” warned Smith. “That is a multilateral process. A lot of governments have concerns that their economic development will be negatively impacted.” Click for more FreightWaves/American Shipper articles by Greg Miller

Refrigerated cargo is being diverted from Chinese ports