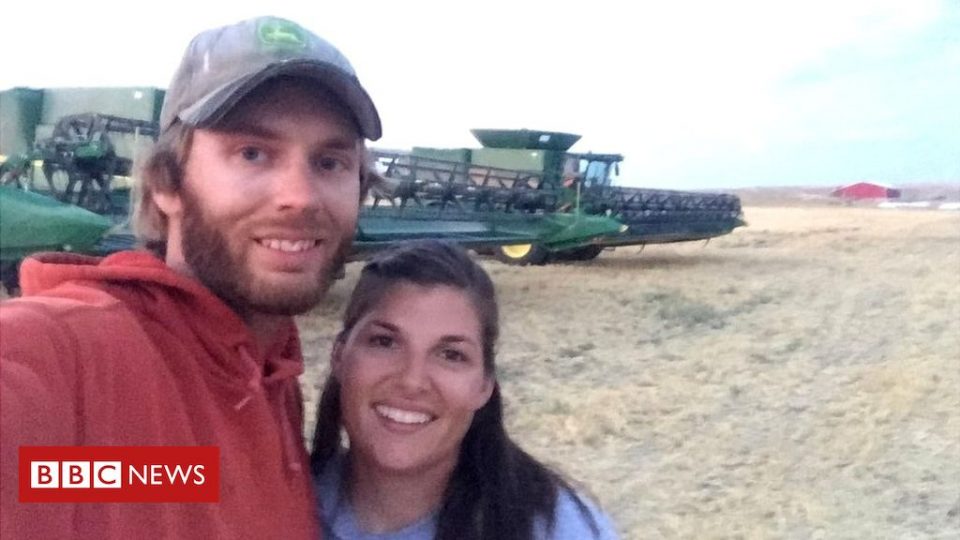 When Derek Sande returned from college almost a decade ago to run his family’s 10,000-acre farm in Montana, the industry was feeling flush.

But falling prices and a string of natural disasters have pummelled farmers in recent years, with the US-China trade war delivering a final punch.

The filing was a first for his family, which has worked the land in America’s northwest plains for at least four generations. But Mr Sande is hardly alone in his predicament.

Across the country, farm bankruptcies have surged 24% since September 2018, a few months after US trade disputes with China and other countries led to higher tariffs on key farm goods including soyabeans, cotton and dairy, according to analysis by the American Farm Bureau Federation.

In the US, bankruptcy provides an opportunity to reorganise debt with the aim to continue operating. But outside of court, the trends are also troubling, with debt at record levels, late payments rising and the number of farms continuing to fall.

The distress is a potential problem for US President Donald Trump, who won the White House with strong backing from farming states and is up for re-election next year.

While polls suggest support for the president among farmers remains strong, the situation is not without risk.

Approval has proven sensitive to shifts in US trade talks – in particular with China. Exports of US agricultural products to China have dropped by more than half since the start of the fight.

The wave of bankruptcies has also hit especially hard in politically important states such as Wisconsin and Pennsylvania – which supported Mr Trump in 2016 by narrow margins.

In Wisconsin, a hub of dairy production, the number of bankruptcies is higher than any other state and the total number of farms has fallen 10% as families sell or go out of business, says Kevin Bernhardt, farm management specialist at the Center for Dairy Profitability at the University of Wisconsin-Extension.

So far, farmers have been willing to give the president the benefit of the doubt, but “whether that patience is going to last until next November, I’m not certain,” he says.

At a press conference last month, Mr Trump promised farmers that relief was on its way, in the form of a “phase one” deal with China, which would commit to more than double its purchases of US agricultural goods, to potentially $50bn a year.

But a signing date has yet to be announced and reports suggest Chinese leaders have baulked at such a concrete commitment. Even within the White House, it’s not clear if there’s support for a deal without Chinese concessions on issues such as intellectual property theft, which triggered the fight.

For farmers like Mr Sande, any deal may be too little, too late.

“To me, it looks like we’re going to be lucky to get back to where we were pre-tariff,” he says. “So is that going to make up the ground that we’ve lost?”

The US exported nearly $20bn (£15bn) worth of agricultural products to China in 2017. That figure fell to $9.1bn last year, after China imposed retaliatory tariffs of up to 25% on a range of US goods, including apples, soybeans, ginseng and cotton.

Some products have fared better than expected. Pork exports, for example, have held up, after a devastating outbreak of disease at Chinese pig farms.

That hasn’t helped Mr Sande, whose crops include soybeans, wheat and chickpeas. These crops are among the US exports to China that have dropped precipitously, as Chinese buyers head to Brazil and other countries for alternative suppliers.

Nationwide, the pain is nowhere near as severe as it was during America’s 1980s farm crisis, when thousands of farms went under. About 600 farms have entered bankruptcy proceedings in the 12 months to September out of roughly two million across the country, according to the Farm Bureau.

But the trade disputes have worsened longstanding strains, after five years of sliding prices triggered by a global boom in production.

The White House has announced some $28bn in aid for farmers affected by the tariffs and Mr Trump recently promoted plans for another round of payments on Twitter.

Our great Farmers will recieve another major round of “cash,” compliments of China Tariffs, prior to Thanksgiving. The smaller farms and farmers will be big beneficiaries. In the meantime, and as you may have noticed, China is starting to buy big again. Japan deal DONE. Enjoy!

The administration, worried about the 2020 campaign, is actually over-compensating many farmers for their losses, says Vincent Smith, a professor of agriculture at Montana State University and visiting scholar at conservative think tank the American Enterprise Institute, who has studied the programmes.

“Many commentators appear puzzled why rural support among the farm sector appears to have remained high but… there is a ready explanation for the paradox,” he says.

Almost 40% of farm profits this year are expected to come from federal assistance, including the trade programme, according to the American Farm Bureau.

But the payments have stirred controversy as the biggest, richest farms – including some foreign-owned firms – collect a majority of the relief. Lobby groups also maintain farmers want markets, not subsidies.

Mr Sande, who received some aid, called it “a nice gesture”. “However, it really does not make up for a lot of it.”

Congress, responding to the stress, recently made farms with debts of up to $10m eligible to use the specialised farm bankruptcy process – more than doubling the former limit.

Mr Sande says he is hopeful that he will be able to reorganise his debts quickly and refocus on farming.

But even if Mr Trump secures a deal with China, low prices are likely to linger, since the fight has spurred other countries to boost their production, warns John Newton, chief economist for the American Farm Bureau, an industry lobby group.

Who says no? Evaluating your Ducks trade proposals for Hampus Lindholm, Rickard Rakell, John Gibson and more – The Athletic