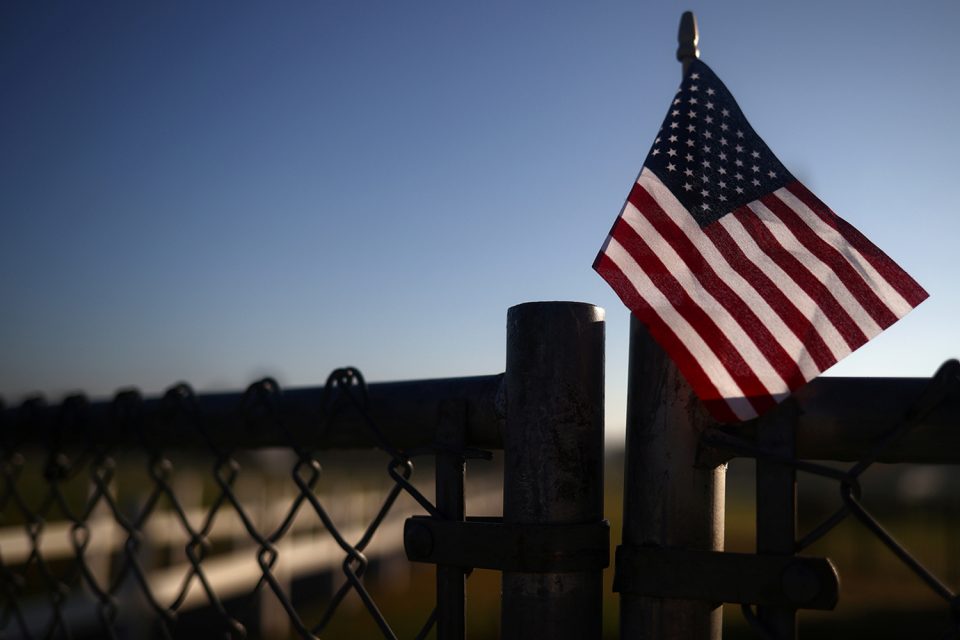 When I was writing the National Intelligence Council’s Global Trends reports, which assessed global risks and long-term trends for incoming presidents, I was derided by some for describing the United States in relative decline. Today, however, the United States has arrived at a potential turning point toward absolute decline.

Critics will argue that the country still has its military strength, which I would readily concede. But power is increasingly defined by other metrics too. Not only have most Western democracies, including the United States, proved incapable of fighting contemporary security threats such as the COVID-19 pandemic, but Western societies are also afflicted by the disease of populist politics and an erosion of public trust in the democratic process. Despite Joe Biden’s victory, the fallout from the 2020 election is posing a mortal threat to American democracy from within.

As always, there is a place for optimism and hope—they are, after all, hallmarks of the American spirit. But there is an even more urgent case now for realism if we Americans are to pull ourselves up. To do so, we must not sugarcoat what is happening in our country. Instead, we should face up to it and the responsibility we all bear—whether we are Republicans, Democrats, or Independents—for our present predicament.

We must not sugarcoat what is happening in our country. Instead, we should face up to it and the responsibility we all bear…for our present predicament.

If we have learned anything in the days since the election, it is that America’s divisions are more deeply etched than many in the political class appreciated. There was no Democratic “blue wave” that fully repudiated Trumpism and gave President-Elect Biden the mandate and means—in terms of a large Democratic-majority Senate—to steer the United States in a different direction and begin a process of democratic renewal.

The wishful thinking that Donald Trump will go quietly once all his legal battles have been fought was further dispelled by his press conference on November 5 as well as in the days since, as Trump has issued threats to not abide by the certified results. The country confronts a possible constitutional crisis, unlike any it has ever known, and must at least prepare for the possibility of witnessing an unprecedented sight: a president having to be removed from the White House against his will. In that case, there would be no mistaking just how much the US democratic process has come unstuck. And such a scenario would be the biggest gift to Russian President Vladimir Putin, Chinese President Xi Jinping, and other authoritarians who have long argued that liberal democracies are fatally flawed.

Even if we avoid such an ugly spectacle, we would still inhabit a nation whose cleavages are compounded by all the drama surrounding this election. We would still be reckoning with two Americas whose occupants see the country, themselves, and the wider world in radically different ways. Roughly ten million more people (and counting) voted for President Trump than four years ago. His strong support among blue-collar workers, including many union members, and the non-college educated middle class shows that resentment and anti-elite sentiment remain powerful forces, and that these segments of the population are unlikely to be convinced by Biden’s calls for unity. Public trust in the political establishment, the media, and government institutions remains battered, and many within these institutions—including those in the Biden campaign—miscalculated Trump’s enduring pull among the culturally disaffected.

We would still be reckoning with two Americas whose occupants see the country, themselves, and the wider world in radically different ways.

Regardless of the circumstances in which he leaves office, Trump isn’t going to fade from the political arena like past presidents. He will continue to mobilize supporters, for whom Trump delivered on the original promise of his 2016 election—namely, heaping abuse on Washington insiders, embracing political chaos, and caring little about expertise or legalities. Trump, the martyr, is likely to be an even more potent symbol for his supporters and potentially could spur some toward violence. The Federal Bureau of Investigation and others have been warning for some time of the growth of far-right terrorism in the United States. What more compelling pretext for violence could there be than a US president who has fallen victim to the ultimate “deep state” conspiracy and been denied his “rightful” second term? Traumatized for the past four years by Trump and his deep support among the party faithful, Congressional Republicans who fear being targeted as traitors by their constituents won’t have much room for maneuver to work with the Biden administration. This is Trump’s Grand Old Party now.

It’s unclear whether the president-elect understands the challenge he will face in governing. Edison Research exit polls with voters showed that Trump’s focus on the economy had more resonance than Biden’s emphasis on COVID-19, even if many suburban voters were turned off by how Trump operates and ultimately swung the election to Biden. Establishment politicians and coastal elites will continue to struggle to take populist concerns seriously. But if they don’t assume more responsibility for the social failures that enabled the anti-establishment wave and develop a more sophisticated strategy to address them, populism will keep gaining traction and ultimately erode liberal democracy—in the United States and beyond.

Biden has both the opportunity and the responsibility to become a great president, not just a caretaker or a transitional one. But to do so he will need to heed the practical concerns of a middle class that sees itself in free fall, and propose concrete policies that are responsive to populist concerns. The US midterm elections in 2018 demonstrated the potential effectiveness of such an approach; a focus on healthcare and potential rollbacks to protections for preexisting conditions helped attract suburban support that served the Democrats well in the 2020 race. The president-elect must actually draw in Trump supporters, not just pay lip service to a desire for unity. Like Franklin Delano Roosevelt, who was called a “traitor to his class,” Biden will have to take risks and not be bound by narrow party interests. He says he wants to be the president of all Americans, but many on the right won’t believe him until he demonstrates his willingness to defy his party‘s interests. The larger endeavor must be to restore trust in the problem-solving capacity of democratic institutions because the source of American power abroad has always been the strength of its democracy at home.

The larger endeavor must be to restore trust in…democratic institutions because the source of American power abroad has always been the strength of its democracy at home.

The emergence of the two Americas, ratified by the 2020 election, could not come at a worse time for the country’s position in the world. A rising China, a revisionist Russia, and global threats like climate change require American leadership and multilateral engagement. A divided United States, however, can’t be a strong ally for its partners in Europe and Asia. Those countries could respond by accelerating their planning for a world without reliable US leadership. Chinese leaders could react by feeling vindicated in their assessment that the United States is in terminal decline, increasing the risk that they miscalculate or make rash decisions. It is not too late for the United States to achieve democratic renewal, but “too late” is too imminent for us not to embark on that painful process of renewal right now.

Mathew J. Burrows is the director of the Atlantic Council’s Foresight, Strategy, and Risks Initiative in the Scowcroft Center for Strategy and Security. Follow him on Twitter @matburrows. 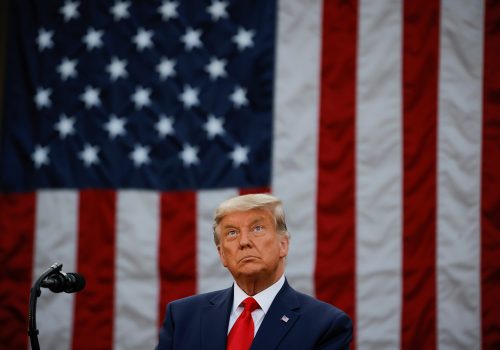 President Donald Trump’s continued refusal to concede the 2020 election poses a host of national security dangers. However, the most hazardous of them all won’t be found on the conventional list of threats that occupy Washington’s legion of foreign-policy experts. 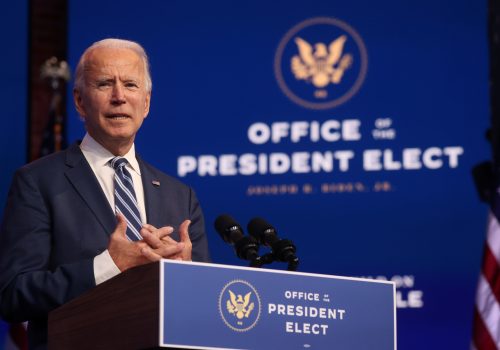 An opportunity for transformational leadership

In combining attributes such as decency and respect with political acumen and long-term relationships, Biden is well-positioned to cultivate bipartisan consensus and earn public support at home, while forging a new model of US leadership in a world that has become more reluctant to follow America’s lead.