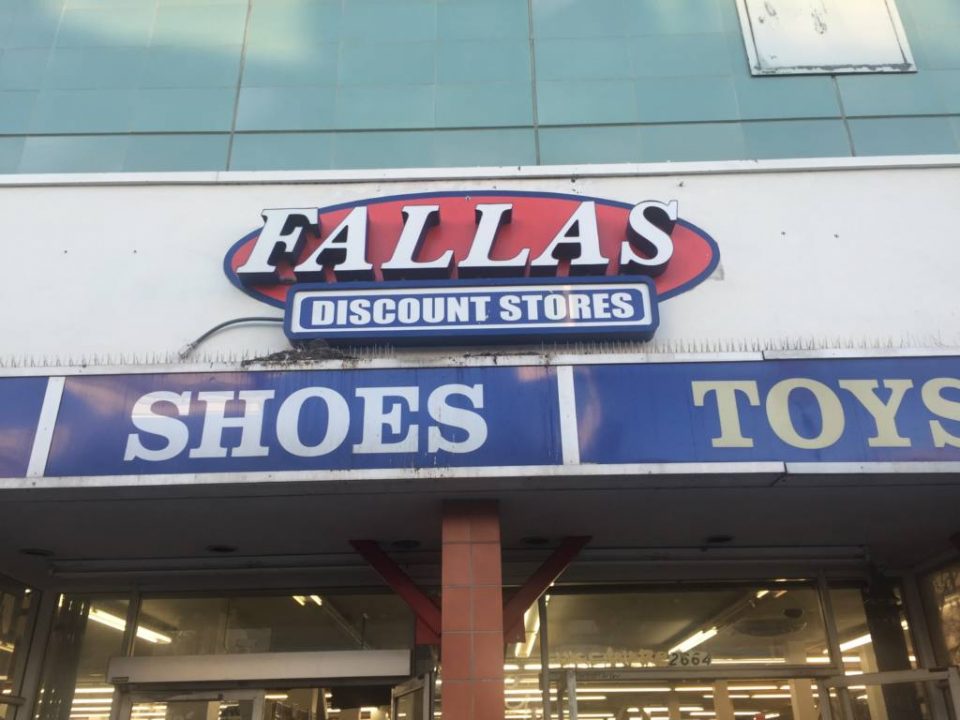 Factory 2-U, a discount clothing store on Mission Street between 22nd and 23rd, is no more. Last night, the Factory 2-U sign was taken down and replaced with a decidedly brighter — yet far more boring — “Fallas” sign

It may come as a surprise, however, to learn that Factory 2-U hasn’t been Factory 2-U since 2010, according to store manager Lisa Ruth. For the last nine years, it has been Fallas, a chain of more than 300 stores around the country.

And now, Fallas is going by its real name.

“I was a little shocked to see that myself,” Ruth said. “They changed our sign in the middle of the night.”

But nothing else has changed: You can still get a T-shirt for $1.99 and pants for $3.99. And you can still try those items on in the elevator.

Ruth said the company restructured last year, and that business is booming: The Mission Street Fallas, Rush said, is one of the highest volume stores in the chain. Business is doing so well, in fact, the store will be expanding to its underutilized third floor, Ruth said. Perhaps that elevator will be used for elevating:  “Hopefully, we’ll have a fitting room next year,” Ruth says.