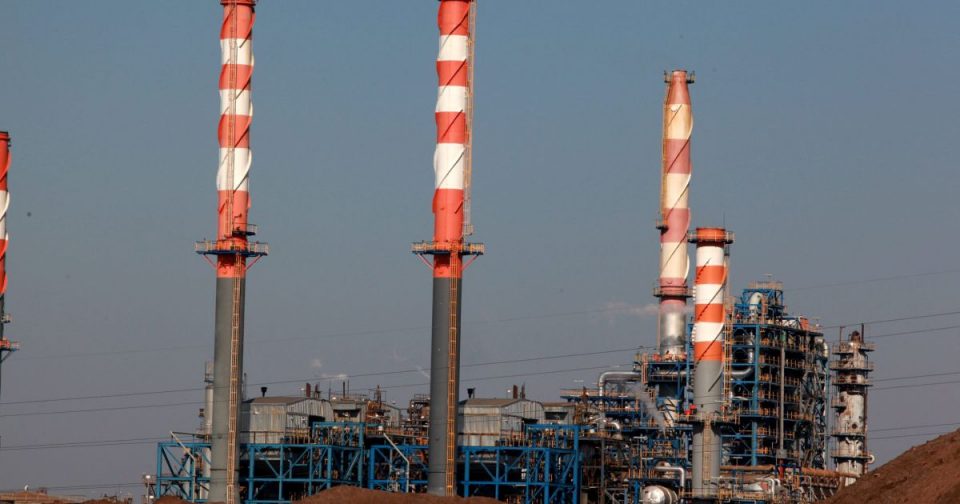 On Thursday, the Environmental Protection Ministry issued an injunction to the BAZAN Group and its directors ordering a halt to the activity of the bitumen factory where asphalt for roads is produced. The order was issued in wake of ongoing violation of the emissions permit by which the BAZAN Group is obliged to operate.

This violation caused emissions that exceeded the permitted levels for a number of different pollutants.

The order is signed by Shlomo Katz, director of the ministry’s Haifa district office. It says that the facility must cease operations no later than April. If it does not comply with the permitted emissions levels by then, the company will have to close down the facility’s operations.

Since this is the sole bitumen supplier in Israel, the ministry announced that it also plans to issue the injunction to other factories.

In response, the Economics Ministry said that the bitumen facility at the Haifa oil refineries is the only supplier of bitumen to the Israeli economy, and provides 250,000 tons a year. It also said that this product is vital to the economy, as it is also used for sealing buildings, roofs and underground structures and for infrastructure.

The Transportation and Road Safety Ministry said the plant is extremely vital and that all of Israel’s asphalt production depends on it, and thus all of road development and maintenance. The two ministries asked that the plant not be closed down and that it be allowed to keep operating as it is currently, until a new pollution-preventing plant can be built at the end of 2020.

The Environmental Protection Ministry then agreed to give an extension of several months but would not retract the demand that the plant be closed down.

Breaking news and analyses in your inbox

Thank you for signing up.

The email address you have provided is already registered.

The bitumen plant causes excessive emissions of volatile organic pollutants that can cause respiratory problems and affect other bodily systems. In some instances, the deviations were by hundreds and thousands of percentage points from what the emissions permit allows.

The Environmental Protection Ministry says that at a hearing last month, the company’s representatives admitted that they cannot comply with the emissions permit requirements for the bitumen plant’s smokestack until the new plant is ready at the end of the year. The ministry says it made clear to BAZAN four years ago that it had to upgrade the plant in order to comply with the emissions permit.

“Unfortunately, the BAZAN Group – not for the first time – is not complying with the environmental demands of the Environmental Protection Ministry,” said Minister Ze’ev Elkin. “We will not allow a deviation from the strict requirements of the emissions permit that were very clearly defined. I hope this will serve as a clear warning to the BAZAN group, also in regard to its other facilities as well, and to all the polluting plants in the country.”

The BAZAN Group responds that it will “continue to do its best to responsibly supply the products required by the Israeli economy while meeting the strictest standards for environmental protection. As the ministry itself noted in October, BAZAN’s impact on the environment ranks among the lowest for refineries in Western Europe. The company will continue to make major investments in maintaining a safe, clean and responsible industry.”

For some major US shippers, 2019 ended on a sour note – Boston Herald