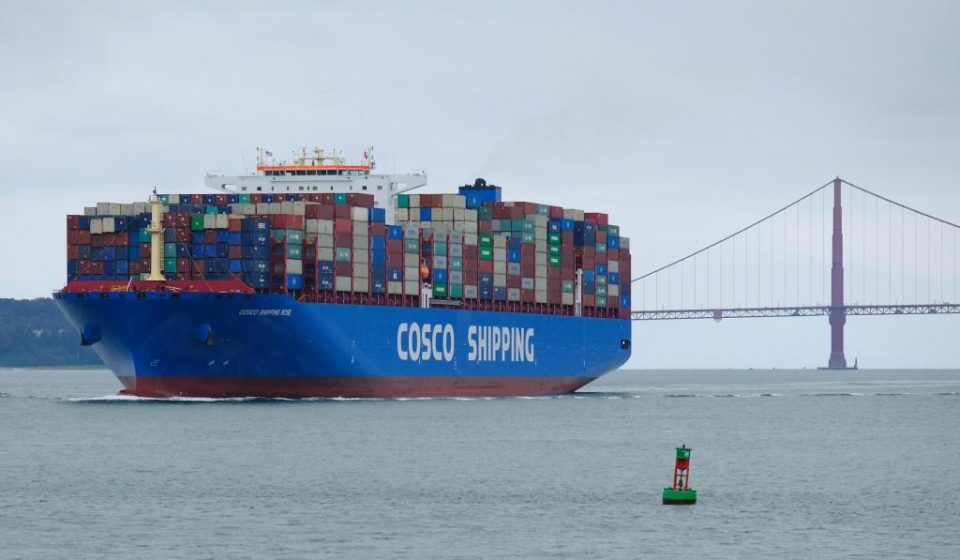 For major shipping companies dealing with trade wars and slowing global growth, conditions appear to have deteriorated for some as 2019 came to a close.

CEO Jeffrey Musser cited trade disputes and slowing growth for a number of economies. The report comes a day after the railroad CSX reported a 7% decline in the freight it hauled during the final months of the year.

“We’ve seen impacts throughout the year from these market conditions, but the pace at which these changes occurred accelerated dramatically in the fourth quarter,” Musser said. “We know this environment will change over time, as it always has in the past.”

Shares of Expeditors International of Washington Inc., based in Seattle, slumped almost 5%.

Bruce Chan, an analyst at Stifel Nicolaus, said ocean-borne volumes and shipping rates have been weak for most of the past year but don’t appear to be getting dramatically worse now.

The drop-off at Expeditors may be isolated, Chan said.

“It’s a soft market and it has been, but I haven’t seen any major negative inflection” on volumes or rates for shipping and airfreight, Chan said. “What’s going on here is mostly related to how the company planned or budgeted for the fourth-quarter market environment and may have made a miscalculation” on how much capacity to lock down.

But there are signs that transportation companies are struggling.

The freight and logistics group contained some of the worst performers across the market in trading Friday. Shares in trucking, railroad and ocean shipping companies sold off.

JB Hunt Transport Services Inc., a trucking company, on Friday reported profits that fell well short of what industry analysts had expected, according to a survey by Zacks Investment Research. Shares in that company are down 3.5%.

FedEx reported last month that its profit slid 40%, hurt by higher costs, a shorter holiday season and its move to cut ties with Amazon.com. It too, cut its profit expectations.

The Cass Freight Shipments Index report, which monitors truck shipments in North America, showed shipments dropping 6.4% in December, and 7.9% from the same period the previous year.

Rates hold steady as shippers prioritise getting exports to market

Exceptional growth in export of tree logs from Port of Rotterdam