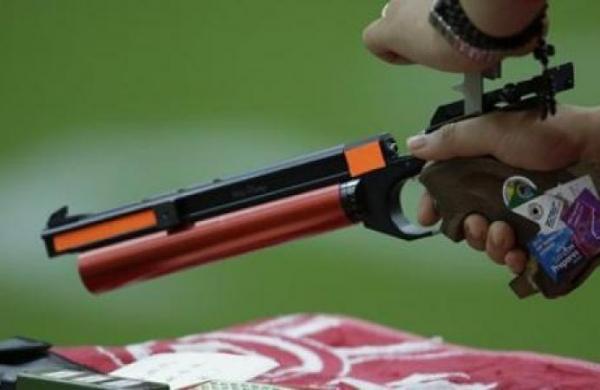 BHOPAL: A Defence Security Corps jawan who allegedly shot dead a junior command officer at the Ordnance Factory Katni premises in Madhya Pradesh on Saturday, is hiding with his service INSAS rifle inside the sprawling factory after over 24 hours of the incident.

All efforts by the Katni district police and the defence establishment there and adjoining Jabalpur district to convince the DSC jawan, Shakar Singh, to surrender with the service rifle have failed.

According to sources in Katni district police, “The army officers have been in touch with the DSC jawan since Saturday and are trying their best to convince him to surrender. A drone camera too was deployed to locate the spot in the sprawling Ordnance Factory premises, where the jawan is hiding with his rifle.”

“His (Shakar) family in Uttarakhand has been made to try and persuade him over phone to surrender, but the exercise hasn’t delivered desired results till now,” Katni district police superintendent Lalit Shakyavar told The New Indian Express on Sunday evening.

“The efforts to make the DSC jawan surrender have come to halt late on Sunday evening since he has now switched off his cell-phone,” said Shakyawar.

The DSC jawan who fired at least four rounds from his service INSAS rifle on the JCO, resulting in the latter’s death, is now hiding in the factory premises with the same rifle loaded with at least 15 rounds.

The Ordnance Factory, Katni which was established in May 1942 is an integrated Metallurgical Production unit under Ministry of Defence for production of non-ferrous rolled and extruded products.

Health care: Trump’s war on Obamacare is coming back to bite him

Palletways: always looking ahead, to new business opportunities across Europe

Letter: Bates dedicated to constituents | Letters To The Editor

By the Numbers: Wholesalers and retailers