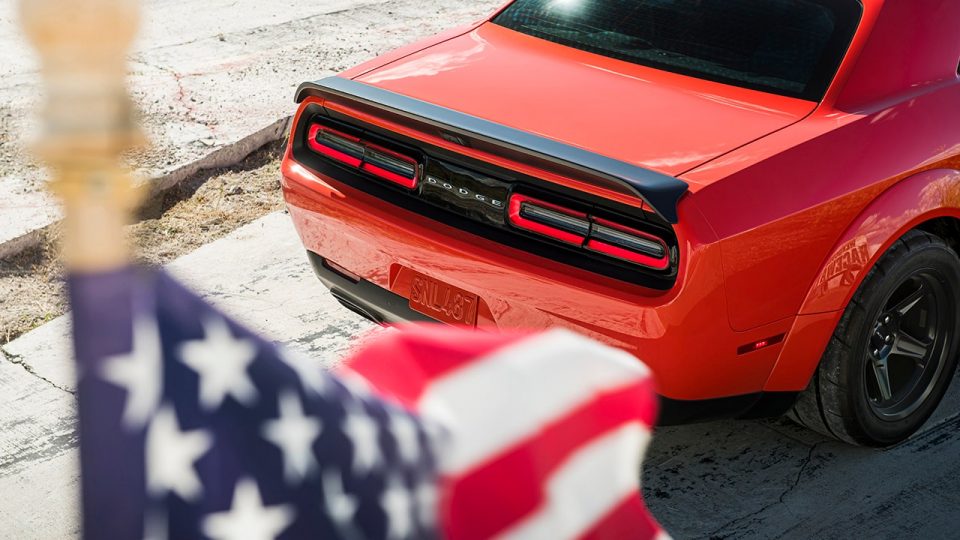 Dodge has announced that it was forced to delay the reveal its last-ever V8-powered muscle car due to supply chain issues.

“When product and supply challenges have been resolved, the reveal will be rescheduled,” the automaker said.

Details on exactly what parts were causing the issue were not released.

Dodge has not released any details on the last muscle car it will introduce with a V8 engine.
(Dodge)

The still-secret vehicle is last of seventh “Last Call” Challenger and Charger models powered by V8 engines that Dodge is introducing before the muscle cars are discontinued at the end of 2023 and replaced by the electric Charger Daytona SRT. It was scheduled to make its debut on Nov. 1 at the SEMA Show in Las Vegas, which is focused on aftermarket custom and racing parts.

The Supercharged 6.2-liter Hellcat V8 is currently available in several models with up to 807 hp.
(Dodge)

The first four feature Dodge’s 485 hp 6.4-liter Hemi V8 while the Charger King Daytona and Challenger Black Ghost get the supercharged 807 hp 6.2-liter Hellcat V8 that is the most powerful muscle car engine on sale today.

In fact, its just one pony shy of the 808 hp a version of the same engine produced in the Dodge Challenger SRT Demon that is the all-time power king — for now.

Dodge CEO Tim Kuniskis said that the seventh car would make history, suggesting it will be more powerful than the Demon.

The Demon was capable of producing 840 hp while running on 100 octane racing fuel and the Mopar Insiders website reported that Dodge is working a Hellcat variant that can run on E85 and will be rated at 909 hp, but the company has not commented on the report.

C.H. Robinson Partners with Microsoft to Digitally Transform the Supply Chain of the Future