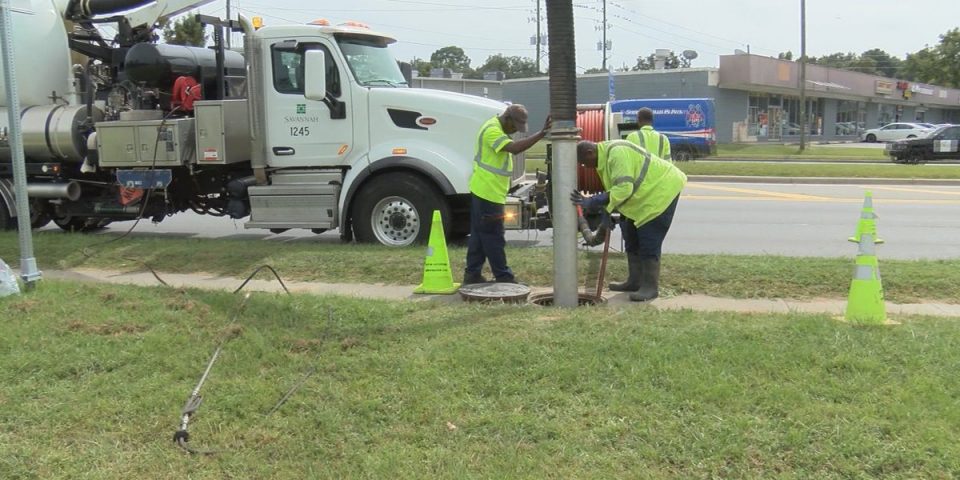 SAVANNAH, Ga. (WTOC) – Preparations are underway in the Hostess City ahead of any impact Ian might have.

That means City of Savannah crews are out in force this week, doing things like clearing storm drains and making sure tree canopies are trimmed.

Savannah Mayor Van Johnson says the development of Hurricane Ian in the Gulf of Mexico serves as a reminder as to why city leaders keep talking about being prepared for a storm event like this. With the possibility of significant rainfall, gusty winds and isolated tornados, the City is entering operating condition three.

“What this means for Savannah is, that we have to make sure that our offices have transitioned to do what we’ve prepared to do to make sure we are as ready as we can be,” Mayor Johnson said.

Mayor Johnson says the city is coordinating offices like sanitation, park and tree, storm water and police to put plans into action if needed.

“What we’re saying is, it’s game on. This is no longer a drill, and now is the time for you to review that personal emergency plan that we started talking about in June,” he said.

That said, the mayor said now is also not a time to panic.

Crews are working to clear drainage ditches and storm drains to help prevent any flooding in the community. A crew WTOC saw Tuesday was working to clear a stormwater drain that flows out of the Liberty City area, which had flooding issues about a month ago during periods of heavy rain.

And while on the job, they find a variety of materials blocking the drains that keep them from working properly during significant rainfall.

“A combination of anything. Tree debris, leaves, but a lot of trash. Trash typically is one of our worst things that we suck out of these lines. A hubcap, a cooler, a five gallon bucket…you’d be surprised,” Stormwater Management Director Zack Hoffman said.

That’s why Hoffman said it’s crucial for residents to keep trash and yard waste from their property out of storm drains.

“Because the buildup of that material at certain points along the lines can definitely fully block a pipe,” Hoffman said.

“It wasn’t an overly significant amount. But it was enough that it showed up little areas where we have some blockages, and allows us now to pinpoint those areas ever since then, and this week up until this event,” Hoffman said.

And Hoffman underscored the importance of the work the stormwater crews are doing now, that could make a big difference in what kind of flooding areas of the City see.

When the storm impacts actually get to our area, Hoffman says the stormwater management crews transition to monitoring the six stormwater pump stations across the city to make sure they’re working properly.

Seeking additional compensation? Be transparent about it, Wealth & Investing