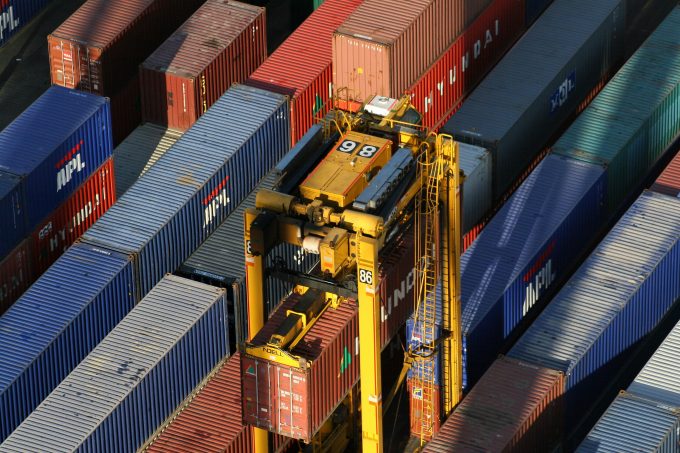 Continued discipline over capacity management by container lines managed to keep freight rates from tumbling this week as increased levels of factory production in China began to be offset by coronavirus crisis that has gripped Europe and North America.

Last week’s double-digit gain on the transpacific headhaul route from China to the US west coast on the SCFI was reversed this week, with its Shanghai-USWC rate dipping 3.8% to $1,549 per feu.

Similarly, the Shanghai-US east coast freight rate fell 4.4% to finish the week at $2,785 per feu, as US demand for imports appeared to be declining dramatically, reportedly leading the east coast gateway of Miami to temporarily suspend port operations due to lack of cargo.

However, there has been a divergence between indices this week, as the Freightos Baltic Index (FBX) has shown a 12% increase in China-USWC prices to $1,477 per feu and a 7% increase on China-US east coast rates to $2,730 per feu.

“I assume this is a matter of the market stabilising as demand for shipping from China increases (driving prices up), and fewer sailings are blanked (driving prices down),” Freightos chief marketing officer Eytan Buchman told The Loadstar today.

“We’re continuing to see prices rise and I anticipate this will continue as companies continue to replenish inventories; this week alone (since Monday), the FBX daily increased 8% for shipping from China to the US west coast,” he added.

Meanwhile, Asia-Europe trades also recorded a slight decline as carriers managed capacity in expectation of a steep drop in demand for goods from Asia.

Martin Holst-Mikkelsen, EMEA head of ocean freight for Flexport, explained: “Rates have remained relatively stable in the past four weeks, with only a marginal rate erosion – carriers recognise that there is a limited amount of spot cargo available in the market to shift around and have acted with discipline.

“Activity has resumed in China, and demand has picked up very well in the past few weeks and will continue in the week to come. But we expect the resumption of demand to be short lived. The impact of Covid-19, and lockdown in an increasing number of countries across Europe, presents us all with unprecedented uncertainty and a set of challenges we have not previously faced.

“We can expect the recent developments to lead to declining consumer demand across Europe, especially for non-essential goods. Carriers are informing us they have observed this trend during the past few days through an increasing number of cancellations from their large BCO customers, affecting bookings in the month to come.

“We expect a decline in demand will force carriers to increase the number of blank sailings going into April, in an attempt to address supply/demand imbalance and reduce the risk of significant rate erosion,” he continued.

In an illuminating blog on LinkedIn this week, SeaIntelligence Consulting partner Lars Jensen warned that the decline in demand in Europe and elsewhere could be unprecedented.

“Consumers will reduce their spending. Not only are many shops closed, but many consumers will also fear for their jobs and hence scale back on consumption of non-essentials.

“Likewise, businesses have very little clarity over the immediate future and will halt the ordering of additional goods beyond what they are absolutely certain they can sell.

“These effects will have a strong impact – and are the exact same effects which impacted the industry during the financial crisis. How strong remains to be seen, but the effect in China was a 20% decline in retail sales in January and February,” he wrote.

However, he also warned that once the worse effects of the outbreak were over, the outlook for Asia-Europe container supply chains could change rapidly.

“Once we are past the pandemic and countries revert to normal, we should expect a surge of cargo. Even if the economy remains subdued, businesses might have to re-stock some of their inventories, which itself has a strong impact on container demand.

“Hence, during this rebound phase, we should expect a shortage of shipping capacity and rising freight rates,” he said.

Everything You Need to Start a Trucking Company