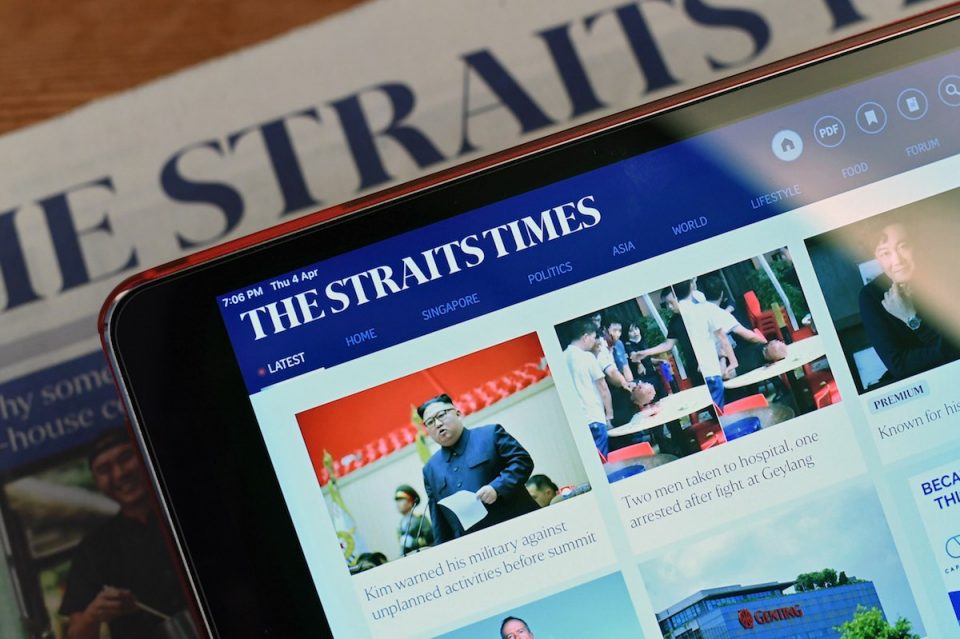 NEW YORK • Apple kept its business rolling this week by launching a new iPad Pro and two new Macs. But that does not mean its supply chain is in the clear.

Deliveries of the new products will begin arriving on doorsteps next week. However, production of those devices likely started in early January, before the worst effects of China’s coronavirus lockdown last month, according to people familiar with Apple’s supply chain.

With a fresh round of supplier factory closures enforced by Malaysia, and the virus disrupting operations in much of the rest of the world, the iPhone maker’s supply chain has not fully recovered yet.

Apple’s next flagship iPhones, with 5G wireless capabilities, are still on schedule to launch in the autumn, although that is partly because mass production is not due to begin until May, said the people. They asked not to be identified discussing private supply chain issues.

“Even as China comes back on line, we are beginning to wonder if Covid-19 will impact other supply oriented geographies,” said Wedbush Securities chief technology strategist Brad Gastwirth. “While China is improving, the supply chain for the electronics industry may yet see substantial disruptions.”

An Apple spokesman declined to comment. Apple’s assembly factories in China, run mainly by Hon Hai Precision Industry, were in low gear for much of last month. The manufacturing giant, also known as Foxconn, hopes to begin operating normally by the end of this month.

The February slowdown led to iPhone and AirPods supply constraints, but those have begun to subside. This week, Apple has been limiting iPhone purchases to two per customer on its online store in several countries. Early this month, the company warned retail employees about shortages of replacement iPhones.

Mass assembly is only one part of Apple’s supply chain. The company and its many partners spend months or years sourcing individual components that are assembled into final products. Any disruptions in this complex network could slow the introduction of future devices.

One person who works in Apple’s supply chain said not all operations are moving at normal speed because the flow of components to assemble is still slow.

Jabil Inc, which makes iPhone casings, recently said its factories in China were “near normal”, while plants in other parts of the world were running 5 per cent to 10 per cent below capacity.

A two-week lockdown in Malaysia is affecting several key suppliers. Murata Manufacturing, Renesas Electronics and Ibiden, which make chips and circuit boards for Apple, have halted production there.

Micron Technology, which makes memory chips for Apple, is also impacted, but said an exemption allows “limited semiconductor operations to continue.” Texas Instruments and On Semiconductor have facilities in Malaysia too.

Apple has suppliers and operations in other countries that have been hammered by the virus, including Italy, Germany, Britain and South Korea. For example, Apple has several hundred research and development engineers for future processors and technologies in Israel, which is letting citizens leave their homes only for essential reasons, like buying food and medicine.

In the US, Apple has suppliers such as Corning for glass, and Qorvo, Skyworks Solutions and Broadcom for wireless chips. Broadcom chief executive officer Hock Tan said recently that the virus “is going to have an impact on our semiconductor business, in particular in the second half of the fiscal year”.

These struggles have yet to severely derail the 5G iPhone launch in the autumn. During China’s factory shutdown last month, Apple was able to build a limited number of test versions of the new models, one of the people familiar with the company’s supply chain said.

How the new NHS Supply Chain is transforming the landscape

The impact of supply chain disruptions on chronically ill patients