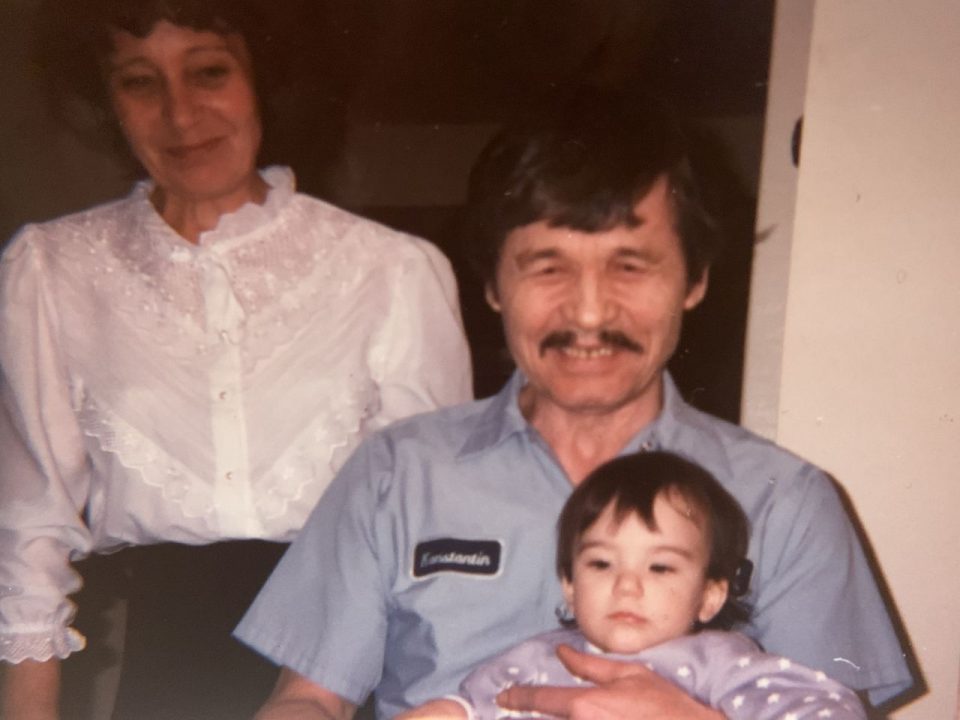 For Elaine Hristov and her family, the closing of the Nabisco Factory in Fair Lawn wouldn’t just mean another business shuttered amid the coronavirus pandemic: it would be the close of a chapter in their family history.

For a combined nearly 40 years, Hristov’s grandfather and mother worked in the iconic cookie plant overlooking Route 208, part of Mondelez International, Inc. Last week, it was announced that the Fair Lawn plant, open since 1958, may close for good by mid-2021.

Since she was a child, Hristov has known the sweet aroma of cookies to mean her mom, Totka, was back home from work. Before Totka, the factory was one of her grandfather’s first jobs in the United States, an anchor after a time of uncertainty as an immigrant from Bulgaria.

Losing that history would be devastating, said Hristov.

“The company has really been feeding my family almost 40 years,” said Hristov. “My mother put my brother through college with that money. And more than 600 people are at risk of losing their jobs in the middle of a global pandemic. It’s hard to believe this is even a topic of discussion.”

Last week, a spokesperson for Mondelez confirmed that the international company was considering closing the Fair Lawn factory as a way of diminishing its geographic footprint and due to outdated manufacturing facilities and infrastructure. The factory’s closing would leave approximately 600 employees without jobs.

The announcement brought with it backlash from residents used to the smell of freshly baked cookies wafting through the air, politicians who pledged their support for the factory and the employees who make a living at the storied cookie plant.

“It’s like a staple in New Jersey here,” said Hristov. “It’s hard to imagine not having that there. We have to take care of the people here. The people that work so hard, especially with this high demand. Because there’s a huge demand for these cookies. Everyone’s home, everyone wants them.”

Hristov’s family history at the Nabisco factory started around 1981 with her grandfather, Konstantin Gadgev. His story, much like those of immigrants before and after him, was borne of the dreams of living a better life in the United States.

Gadgev had defected from Bulgaria to Greece and was seeking asylum, said Hristov. Given the option to immigrate to either Italy, Canada or the United States, he chose the “land of opportunity,” she said.

At first, Gadgev had a job at a laundromat in Maryland, before meeting a man who told him he could get him a job at a Nabisco Factory, said Hristov. The catch? He’d have to move to New Jersey.

There, Gadgev forged a 15-year career working in the mixing department, his first job that came with benefits, a pension and union representation, said Hristov. With dark, floppy hair, a mustache and a crinkly-eyed smile, most of ihs co-workers knew him as Charles Bronson, the 1970s star known for his tough-guy roles, she said.

In 1990, Gadgev got his daughter Totka a job working in the packing department of the factory, where she’s worked since, said Hristov.

The pay at the factory was good, she said. And it came with its own set of perks.

“When I was a kid, I used to love the Animal Crackers,” Hristov recalled. “Those cute little red boxes with the strings. I loved them. And she would always bring me those cookies. That was a part of my childhood in elementary school, to have those cookies.”

In 1996, Konstantin retired after a back injury and has since died, said Hristov. But after 30 years, her mother still works at the factory, now faced with the prospect of losing a job she loves, she said.

Fair Lawn Mayor Kurt Peluso and U.S. Rep. Josh Gottheimer have already met with representatives from Mondelez, hoping to convince them to stay. At a press briefing last week, Gov. Phil Murphy threw his weight behind the efforts to keep the Nabisco factory in Fair Lawn, especially as the second wave of the coronavirus pandemic continues.

“I’m going to make the case that there’s no better place to do business than New Jersey,” said Murphy. “I just can’t fathom the several hundred folks here who would be impacted and their families. Right now, I can’t fathom the impact that that would have on them.”

Murphy said last week he had calls scheduled with representatives from Mondelez.

For her part, Hristov is not going to wait for action. A petition she started to keep the factory open had reached 1,743 of its goal of 2,000 signatures by Thursday.

Though the factory has sustained her family for decades, Hristov’s fight was for the hundreds of employees who knew her grandfather and worked alongside her mother.

“I really hope everyone puts a stop to this and realizes this is going to affect our local economy,” she said. “These are New jersey, American people. Hardworking people. The jobs need to stay here.”

Thank you for relying on us to provide the journalism you can trust. Please consider supporting NJ.com with a voluntary subscription.