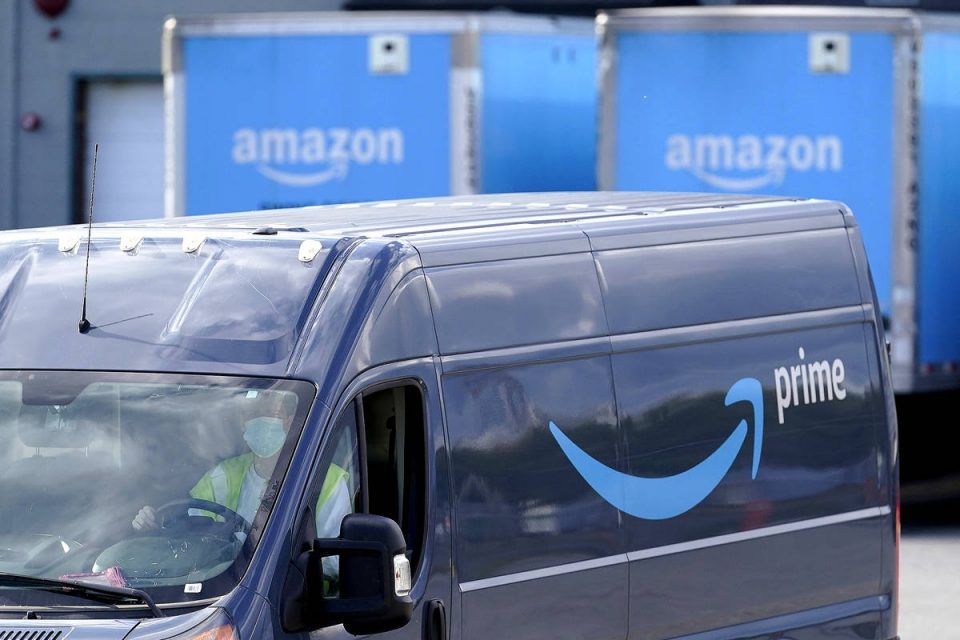 Disruptions in supply chain logistics has been a pain point for brands and consumers during the coronavirus pandemic, and it’s a topic being tackled at CES on Tuesday during a 30-minute panel featuring logistics firm DHL, electronics company Hisense USA and headphone-maker AfterShokz.

“Online shopping and delivery isn’t going anywhere,” said Sayon Deb, panel moderator and Consumer Technology Association analyst. “You’ve seen Amazon, as an example, diversify away from partners like FedEx and UPS. They have their own delivery trucks.”

Deb said growth will not just happen with individual companies such as Amazon but also with logistics firms such as DHL.

He said the panel is focused on technology used by the panelists to meet consumer demand. But another industry seeing benefits is the industrial real estate market, particularly in the Las Vegas Valley.

“It’s interesting because when COVID started everything stopped,” Ogden said. “I had escrows cancel, people just did not know what to do, but as consumer demand turned online there was this massive trajectory that accelerated the growth of companies. So, what they expected to happen in four to six years happened in four to six months.”

Ogden pointed to third-party logistics firm Ruby Has Fulfillment in Las Vegas. She said the company nearly doubled its size when it moved into a 373,000-square-foot facility near the Las Vegas Speedway last year.

“A lot of really big deals went down in 2020 as a result of the e-commerce demand,” she said. “It’s hard to think in the future when it’s been such a chaotic year, but I don’t think this demand for industrial space is going away.”

Other firms also have expanded or moved into larger spaces. FedEx Corp., for instance, inked a deal for a 632,324-square-foot facility at the Prologis Speedway development and Amazon, which has bolstered its presence in Southern Nevada by more than 2 million square feet last year.

It also reported 6.9 million square feet of industrial space was under construction in the third quarter with about 30 percent of the space preleased.

Higgins said the industries seeing the most growth in Las Vegas are e-commerce and logistics firms. Also seeing tremendous sales growth during the pandemic are food, pharmaceuticals, home goods and appliance companies.

Retail sales, excluding automobile dealers, gas stations and restaurants, for the first 11 months of 2020 were up 6.6 percent compared with the same period in 2019, according to the National Retail Federation. It also found retail sales in November had a year-over-year increase of 8.8 percent, putting the holiday shopping season on track to meet the retail trade organization’s forecast of between 3.6 percent and 5.2 percent growth over 2019, or a total between $755.3 billion and $766.7 billion in sales.

Cushman & Wakefield executive director Donna Alderson said she was one of the many shoppers ordering items online.

“It’s very easy to just hit that button and have it delivered to your door,” Alderson said. “It’s convenient and the trend was growing anyway.”

She cited the same industries as Higgins of CBRE as seeing growth in Las Vegas but also added firms offering recreational products.

“We did a deal with a company that distributes RV and marine, like boat, after-market accessories,” she said.

Alderson said there’s certainly room for growth but said a potential headwind is the availability of land.

“We have an abundance of federal ownership in the state of Nevada,” she said, noting that more than 80 percent of the Las Vegas Valley is owned by the Bureau of Land Management. “So, it’s created higher land values.”

But Alderson said the industrial real estate market has been “remarkably vibrant,” considering business came to a halt in March when Gov. Steve Sisolak temporarily closed businesses and casinos.

“I’m a 34-year veteran of the business … and I was thinking the absolute worst,” she said. “Next thing you know, life starts to come back. The phone started ringing, emails got returned and people started picking up their pen saying, ‘OK, we’re going to proceed.’”

Gov. Cooper on distribution of COVID 19 vaccines in NC: ‘There’s not nearly enough vaccine to go around’