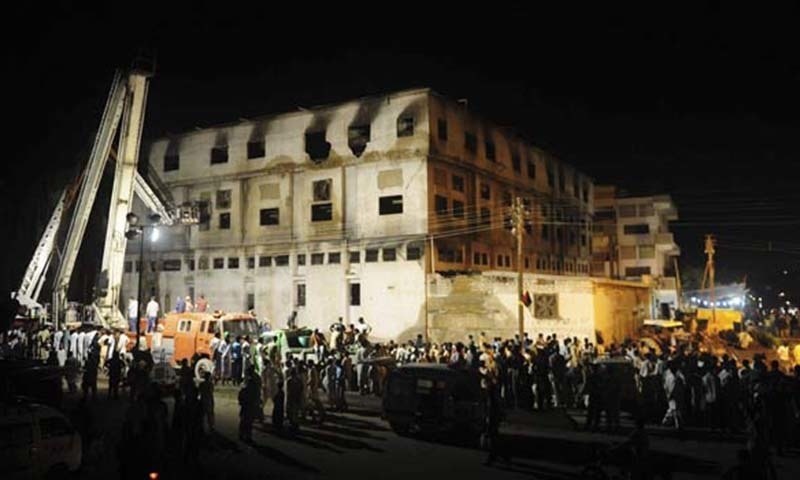 An anti-terrorism court (ATC) in Karachi — which was expected to wrap up the hearing into the high-profile Baldia factory fire case today — adjourned the proceedings until September 22 after the state prosecutor submitted additional documents.

Over 260 workers were burnt alive when the multi-storey Ali Enterprises garment factory was set on fire in Baldia Town on September 11, 2012 in what became the deadliest industrial blaze in Pakistan’s history.

Analyse: 8 years on, have we learnt anything from the Baldia fire which claimed more than 260 lives?

The judge of the ATC-VII, who was conducting the trial in the judicial complex inside the central prison, was expected to conclude the trial today since the recording of evidence and testimonies of the prosecution witnesses, statements of the accused persons and final arguments from the special public prosecutor and defence counsel for the accused had almost been completed.

However, during today’s hearing the public prosecutor submitted to the court the list of victims who received compensation from the government and a foreign buyer of Ali Enterprises’ products.

The judge will hear further arguments during the next hearing scheduled for September 22.

They allegedly acted on the instructions of the then chief of MQM’s Karachi Tanzeemi Committee, Hammad Siddiqui, over the non-payment of Rs250 million ‘protection money’ by the factory’s owners.

Hammad and businessman Ali Hasan Qadri were declared proclaimed offenders in the case as both were reportedly in hiding abroad.

The prosecution had rested its case after recording material evidence including forensic, ballistic and chemical analysis reports and testimonies of 400 witnesses against the accused. The prosecution has since given up 369 witnesses for being “unnecessary”.

According to prosecutor Sajid Mehboob Shaikh, a total of 264 people perished in the fire that engulfed the multi-storey building of the readymade garments manufacturing unit. The number included bodies of 17 people who were charred beyond recognition.

All the accused persons have denied the allegations levelled by the prosecution, which is led by the Rangers instead of police.

Industry backlash against BBMP testing of factory workers for Covid-19