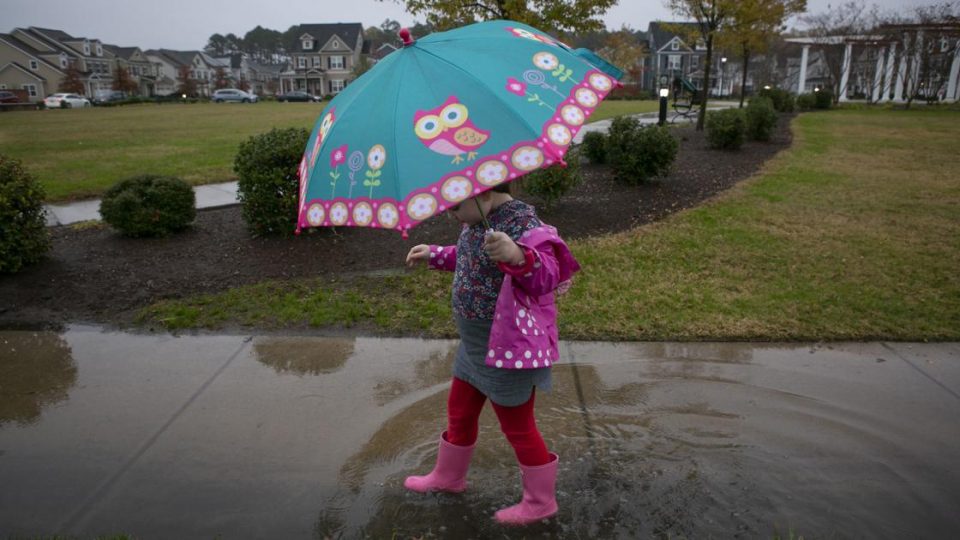 VIRGINIA BEACH — Glimpsed from a kayak on West Neck Creek, this swampy piece of land, a pocket of red maple and loblolly pine tucked behind growing subdivisions, does not look like the stuff of existential debate.

But this is where Virginia Beach, squeezed between the clamor for new housing and the relentlessness of flooding worsened by climate change, decided to draw its line in the mud.

The city last year became one of a small but growing number of communities willing to say no to developers — despite their political and economic clout — when it rejected a proposal to build a few dozen homes on this soggy parcel of 50 acres, arguing that those homes would be unsafe. The developers sued, accusing officials of making their project a scapegoat as voters clamored for action after disastrous flooding.

In May, a judge ruled that Virginia Beach was within its rights to stop the development. The city’s experience could become a harbinger for others nationwide.

“It’s a confrontation with reality,” Bobby Dyer, Virginia Beach’s mayor, said in an interview in his office. “Not everybody’s going to be happy.”

As the Trump administration reverses efforts to fight global warming, local officials around the country are forced to grapple with more intense flooding, hurricanes, wildfires and other disasters. That pressure is colliding with development, which provides jobs, homes and taxes but which also can increase the future risk of disaster as construction spreads into floodplains or forests that are prone to calamity.

The outcome of that battle will shape Americans’ vulnerability to climate change for generations — and so far, development seems to be prevailing. In many coastal states, homes are going up at the fastest rate in the most flood-prone areas. The number of new houses in what experts call the wildland-urban interface, where the wildfire threat tends to be greatest, increased 41% nationwide between 1990 and 2010.

But as the financial and emotional costs of disasters increase, so does the evidence of a shifting mindset.

On Tuesday, the Pew Charitable Trusts, a research and advocacy group, released a report describing how a few cities and states have successfully reduced flooding vulnerability. Their actions are “a recipe for success” for others, said Laura Lightbody, director of Pew’s flood-prepared communities initiative.

The examples include Norfolk, which last year imposed new rules on developers, including a requirement that every new home be elevated. Some homebuilders resisted, saying the rules would be too costly, said Andria P. McClellan, a city councilor.

“There was definitely some pushback,” McClellan said. “Change is difficult.”

Pew also highlighted Vermont. After Tropical Storm Irene damaged or destroyed some 2,400 roads, 300 bridges and 800 homes in 2011, the state looked for ways to encourage towns to protect against flooding.

A main tool was the state’s Emergency Relief and Assistance Fund, which rewards communities that cut their climate risk by picking up more of the tab for the work. To get the most funding, communities had to take more difficult steps like coming up with a plan for limiting development along flood- and erosion-prone riverbanks.

It is a high bar, and only about a third of the state’s communities have met it, said Lauren Oates, the state’s hazard mitigation officer. That is partly because they fear the loss of future tax revenues if they limit building.

But there are exceptions. In Northfield, where many houses were destroyed during Irene, officials bought out some 18 homes and built a park that serves as an absorbent buffer when waters overflow the Dog River.

“There were people who were not happy,” said Michele Braun, a former zoning administrator for the town, since it meant the loss of about $2.7 million in property value for tax revenue. She recalled telling them, “The buyout didn’t destroy $3 million worth of real estate. It was the flood.”

In parts of the West, cities and counties are imposing restrictions on building at the forest’s edge, despite resistance from developers.

In 2015, the Sleepy Hollow fire burned 28 homes in Wenatchee, Washington, a city less than 100 miles east of Seattle. In response, officials are pushing fire safety measures that include requiring houses to be built farther apart in the neighborhoods at the edge of the Cascade Range.

Spacing out homes reduces the chance that fire will jump from one to the next. However, from a developer’s perspective, it makes the property “less financially viable,” said Steve King, the city’s director of economic development.

Builders have pushed back but King said the city had no choice.

“There will be another fire,” he said. “Hopefully, next time we won’t lose a bunch of homes.”

But perhaps nowhere in the country better demonstrates the trend than Virginia Beach, where some residents delight in listing the myriad ways their city can flood: Southeastern winds can push water inland from Back Bay. Nor’easters can drop rainwater from the Atlantic. Heavy rains can overwhelm the shallow water table, pushing water up from the earth itself.

But even for a city accustomed to flooding, the storms in the fall of 2016 that culminated in Hurricane Matthew were shocking, damaging some 2,000 buildings and leaving entire neighborhoods underwater for days.

“It was scary,” Rebecca Levitt said in front of her home in Ashville Park, a new development built on what used to be wetlands. She recounted how knee-deep water covered her lawn and driveway and made roads impassable. “We could not get out.”

The inundation of Ashville Park became emblematic of the city’s perceived failure to deal with the risks of climate change. Faced with irate residents, officials began looking more closely at development applications like the proposal for the 50 acres along West Neck Creek.

Six months before Matthew, a company called Argos Properties II, controlled by three brothers, Paul, Steve and Tasos Galiotos, filed an application to rezone land their father had bought decades earlier, enabling them to build some 30 homes on the highest 15 acres.

After Matthew, the application languished, as officials asked the developers for more information, according to a timeline later submitted as part of the Galiotos’ lawsuit against the city. In April 2018, the city council voted unanimously to reject it.

The reason for that rejection depends on whom you ask. Officials said that the single road in and out of the subdivision would be subject to flooding, raising the risk that emergency vehicles would be unable to reach the homes during a storm.

If that happens, “you have 30 homes sitting truly on an island,” said Gerald Harris, an attorney for Virginia Beach.

That the area floods is not in dispute. John Rice, who last year bought the house across the road from what would have been the entrance to the new development, said his property is under water constantly, “and we haven’t had a bad storm yet.” His front yard features a small berm to blunt the wake caused by cars as they drive along the often-flooded road.

The Galiotos brothers declined to comment. Their lawyer, Robert McFarland, said the decision had more to do with political pressure from residents wanting their representatives to take flood risk more seriously. He noted that a similar development right next to the Galiotos property was approved just before Matthew struck.

“I think Hurricane Matthew crystallized for some folks the issue of flooding and sea level rise, and that no further development of any kind should take place in this area,” McFarland said. His clients, he added, “were made an example of.”

Other developers noticed, as did residents. After Matthew, a group of developers that included the local state senator, Bill DeSteph, sought permission to build more than 100 homes next to Ashville Park. Nearby residents objected, saying that turning more wetlands into homes would worsen their flood problem.

The residents prevailed. Last November, city staff recommended against approving the construction. The developers, while saying that their project would not increase the flood risk, nonetheless withdrew their application.

“With the flooding in the area, the council wasn’t going to approve anything,” DeSteph said in an interview.

“Step one is stop the development until we have a solution,” said Melani Moreno, a nearby farmer who started a petition to stop the project. She spoke at her kitchen table, where she laid out photographs of recent flooding.

“If we shut everything down, prices are going up, and it’s going to make home buying unaffordable,” said Patrick L. Reynolds, president of the Tidewater Builders Association, the trade group for local homebuilders.

Virginia Beach’s new position has generated mixed praise from environmentalists. Jared Brandwein, executive director of the Back Bay Restoration Foundation, which works to protect the local watershed, said the city should go further, buying land from developers in vulnerable areas so that more homes do not go up.

Others are more positive. Skip Stiles, head of Wetlands Watch, a regional environmental advocacy group, said officials deserve praise for responding to public pressure since Hurricane Matthew, rather than hoping it subsides.

“The entire City Council was going, ‘Darn right we’ve got to fix this. I’ve got a bunch of angry, wet people,’” Stiles said. The most basic step, Stiles said, is straightforward: “Don’t build in stupid places.”