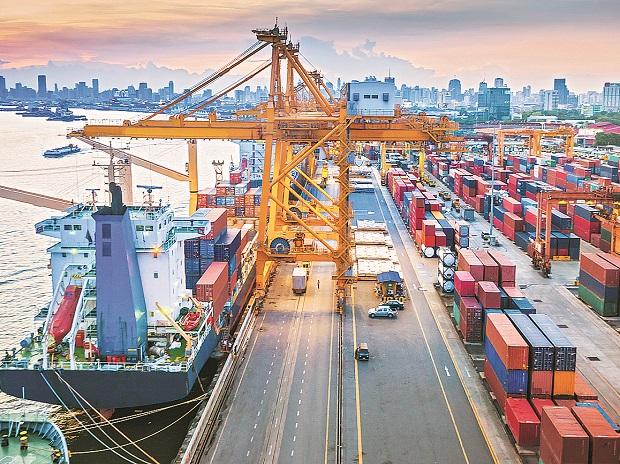 New Delhi: After recording positive growth in September, India’s exports declined 5.4% to $24.82 billion in October on account of dip in shipments of petroleum products, gems and jewellery, leather, and engineering goods.

“India’s merchandise exports in October 2020 were USD 24.82 billion, as compared to USD 26.23 billion in October 2019, showing a fall of 5.4 per cent,” the Commerce and Industry Ministry said in a statement.

After contracting for six straight months, India’s exports rose 5.99% to $27.58 billion in September.

Federation of Indian Export Organisations (FIEO) President Sharad Kumar Saraf said the nominal decline in exports during the month was mainly because of huge container shortage and hike in sea freight, which upset exports, particularly for those who have negotiated on CIF (Cost, Insurance, Freight) or C&F (Cost and Freight) basis.

Besides, farmers’ agitation in some of the hinterland states also affected exports during October, he said.

“…as the election process gets over in the US, with the upcoming Christmas and New Year season, both global and Indian economy are slated for economic revival. Exporters have continuously been receiving a lot of enquiries and orders, further adding to the positive sentiments with signals of further resilience in the global supply chain,” he added.

“The time has come for India to be the global food basket of the world, as India has witnessed two bumper crop harvest and Indian industry is already capitalising the advantage fully despite tough times,” Singla added.

Bayer Posts $3 Billion Loss and Says Roundup Settlement Costs to Rise. The Latter May Be a Good Thing.

GeeFree acquired by The Fillo Factory

Pakistan Spends Over $889 Million On Import Of Transport Services