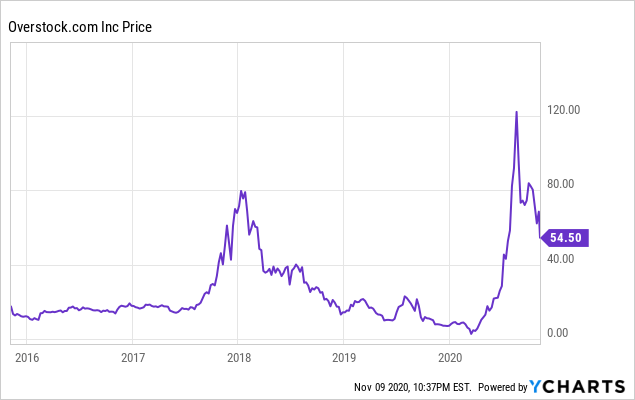 Our thesis is clear – we think this company is undervalued and a buy and hold. It is unfairly undercovered and overlooked due to its location in China. COVID was a seemingly devastating event for China based companies, but many turned it into a positive. ZK International (ZKIN) has since launched an interesting blockchain project which further adds value to their bottom line. In this article, we are going to dive into these topics and more. First, about the exciting blockchain developments.

Since 2018 ZK International has been working on a research project to build blockchain systems, a project they call xSigma. Recently, they announced a new partnership to further this agenda:

The Company’s mission is to spearhead the adoption of decentralized technologies by researching, analyzing, and testing innovative concepts and use cases. By finding new ways to utilize the blockchain, xSigma will look at revolutionizing traditional industries and making financial tools more accessible. The goal is to build a product ecosystem that realizes the true potential of blockchain in promoting open access and financial inclusion world-wide.

There are virtually no large scale competitors in the industrial systems blockchain market, and none of them are publicly traded. ZKIN has an existing business that makes implementing a technology such as blockchain suitable.

What’s critical to note is that they are not raising money or doing a ‘token raise’ – they are spending their profits on a technology built out. This is always a positive sign, as many of the issues surrounding failed blockchain projects usually have to do with fundraising. Cap Raise and Crypto should not be used in the same sentence. Here we have an industrial manufacturing company that is investing in research and development of technology. Imagine some of the possibilities – pay your water bill in Crypto, in a blockchain based billing system tied to sensors that know how much water you used. Water usage can be tracked via IOT sensors and stored on your phone, and paid monthly via app authorization using Bitcoin or another Cryptocurrency.

Or imagine merging of decentralized finance (DeFi) with industrial components – the possibilities are endless. Smart contracts could be combined with engineering logic – for example instead of signing contracts, you simply pay by use for systems you use on a daily basis. Once verified via device, pay .01 for a sip of water at a public water fountain, or your hotel bill via automated check in. Cities are being redesigned as ‘smart cities’ and ZKIN is a manufacturer of one of the most important components of cities – pipes. Pipes deliver water, the most important substance for human survival (we can live without electricity, although it would be unpleasant – we can’t live without water). The human body is made up of 85% water, including the brain!

xSigma is a research project, so there is no telling where this may lead. These ideas are just speculation, it’s not an overview of exactly what they are developing. The point is the possibilities are endless.

The Internet of Things (IoT) describes the connection of any devices to the internet using embedded software and sensors to communicate, collect and exchange data with one another. The definition of the Internet of things has evolved due to the convergence of multiple technologies such as real-time analytics, machine learning, commodity sensors, and embedded systems.

Blockchain is the management tool. So think about this, ZKIN has built water piping systems for stadiums, schools, commercial buildings, and other large scale properties. Imagine being able to track every last drop of water in a piping system or being able to have thousands of sensors testing for impurities. That information could be fed into a computer system for analysis, and be used for Blockchain applications.

But can an industrial company make the switch to digital finance strategically? Let’s look at the Overstock.com (OSTK) example. Overstock.com started out as an online retailer like Amazon (AMZN) and did a pivot into the Blockchain space which led them to their current t0 offering. This has been a boon for their business, just look at the stock chart:

It certainly makes sense for a successful business to develop technology as a top down growth model rather than bottom up, grassroots. So if it worked for Overstock.com why not for ZKIN? In an interview for Zanbato, Palantir co-founder Joe Lonsdale said that disruptive companies of the future are not necessarily startups but companies that augment technologies to make something disruptive. That’s exactly what is going on here.

Update on financials and earnings

ZKIN has had a good year – but what’s most encouraging is the uptrend in revenue growth.

Financial Highlights for the First Half of Fiscal Year 2020

They have been able to continue their business, even though Coronavirus was devastating to China. In fact, they received awards for building piping systems in some of the new facilities specifically designed for COVID patients. Actually it seems as if COVID was a blessing in disguise for ZKIN, leading to more contracts, such as a strategic partnership with Dianshi:

In April, we entered into a strategic partnership agreement with Hunan Dianshi Decoration Design and Engineering Co. Ltd. (“Dianshi”), one of the leading home improvement and interior design chains in Hunan Province with approximately 3,000 employees.

And more recently, in October 2020, ZKIN signed a partnership with a major Chinese real estate development firm, with plans to build hundreds of buildings that will need piping:

On October 19, 2020, the Company was approved as a Qualified Supplier for Suning Real Estate, which now gives the Company the ability to increase its order flow by being able to supply stainless steel piping products to all of Suning’s projects across China. The subsidiaries of Suning Real Estate are free to order products from the Company with no need to do their own assessment. Suning Real Estate’s development plan is to build 50 Suning Plazas, 300 Suning.com Plazas and 100 luxury hotels in the future.

If you look at the competitors of ZKIN they are mostly large caps that engage in many other businesses, and are not based in China. Perhaps that’s why ZKIN is in such a good position which has enabled them to gradually rise to the surface, having good positive pressure. Competitors include Parker-Hannifin (PH) Watts Water Technologies (WTS) Crane (NYSE:CR) Barnes Group (B) Mueller Water Products (MWA) Helios Technologies (HLIO) Sun Hydraulics (SNHY) and a few small players.

Let’s look at the biggest competitor Parker Hannifin. Parker Hannifin is also in the aerospace business, and many others. Parker Hannifin’s aerospace division, Parker Aerospace, designs and manufactures aerospace hydraulic equipment. It is a provider of aircraft parts to aircraft manufacturers, including fuel system components and high-temperature bleed air valves. While a company the size of PH which is 33 Billion USD could easily compete with a company the size of ZKIN in terms of dollars and other variables – they are also not as nimble. They have 57,170 employees and are engaged in so many things they aren’t scooping up all of these niche markets that ZKIN goes after. Also, access to the Chinese market is not easy – and ZKIN has a lot of growth prospects domestically.

The flip side of the trade war is that it has benefited Chinese domestic companies greatly. It’s better to be a big fish in a small pond than a small fish in a big pond. USA and Europe are big markets but also very competitive. We think that ZKIN is in the right place at the right time, and by their NASDAQ listing – we are able to capture it.

We believe based on the pivot to Blockchain, and fundamentals, that ZKIN is a good long term buy and hold. We authored an article last year about the company, with a totally different argument (just based on valuation). Everything we explained in that article such as the strong revenues and low P/E ratio still hold true. When you add on their pivot into Blockchain from an industrial perspective, we believe this stock is going higher.

Disclosure: I am/we are long ZKIN. I wrote this article myself, and it expresses my own opinions. I am not receiving compensation for it (other than from Seeking Alpha). I have no business relationship with any company whose stock is mentioned in this article.

Covid-19, O-rings and the worry over supply chain disruptions