So who doesn’t love sports and sports metaphors? My wife, for one. She’s accused me of serial sports metaphorization. Coming from her, that wasn’t a compliment, and pretty much means I speak mostly in metaphorical terms. I’ll let you decide for yourself.

She probably has a point. I do most of the cooking, because I’m a better cook, and she’s a semi-neurotic cleaner. What a combo, huh? Anyway the other night she asked me when dinner would be ready, and I replied “we just got the two-minute warning.” Now, any good sportsaholic knows that means – there’s not a lot of time left before the buzzer, right? Of course that’s right.

It, however, meant nothing to her and she asked that I speak in plain English.

I thought for a second, and said, “Time has expired, players are headed to the locker room,” feeling that I clearly told her that the meal was done, and it was time to come to the table.

She put an exasperated look on her face and said, “Fluidsdoc if I hear one more metaphor, I swear….” She never got to finish that thought as I’d checked the “doneness” of the meatloaf, and brightly said as I slid it back into the oven, “flag on the play, five minutes added to the play clock… first down.”

Conversation was limited that meal. Like I said, she’s not into sports.

I last wrote on WPX Energy (WPX) in January of this year. I was moderately bullish about the prospects for this company then. That seems like a lifetime ago and in a different universe. This article is meant as an update to that prior article, and readers should give the older article a read for a complete thesis for this company.

A quick snapshot for WPX. They produced about 203 MM BOED in Q2 from key production areas in the Delaware basin of the Permian and in the Williston basin of North Dakota. 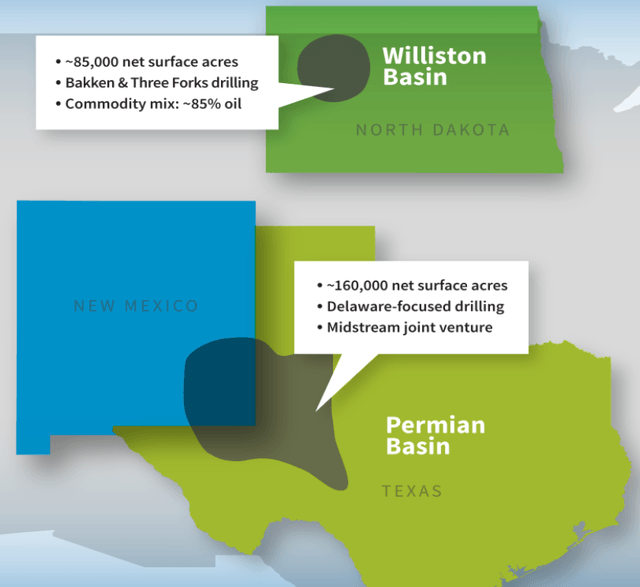 One of the themes I hit on was the possibility of WPX being swallowed up by a larger Permian player. That hasn’t happened, but the recent Chevron (CVX) takeout of Noble Energy (NE) certainly brings further consolidation to mind. We’ll park that idea on the sticky-note parking lot for the time being, and focus on what matters most.

Does WPX have what it takes to make it a quarter or two more into the future? At a time when the market may suddenly re-evaluate the PE multiple for companies like WPX.

Can they go the distance? Will WPX cross the goal line? I think you can quickly tell from the title of this article that I think WPX is a First Round Draft Choice.

The pillars of survival

We have been judging companies by several key metrics in recent articles:

No maturities until 2022 are the gold standard. This means they can devote their cash to capex maintaining production, paying down debt at a moderate rate, and perhaps returning capital to shareholders. This is good enough that it doesn’t warrant a lot of additional ink. WPX passes the debt wall test. 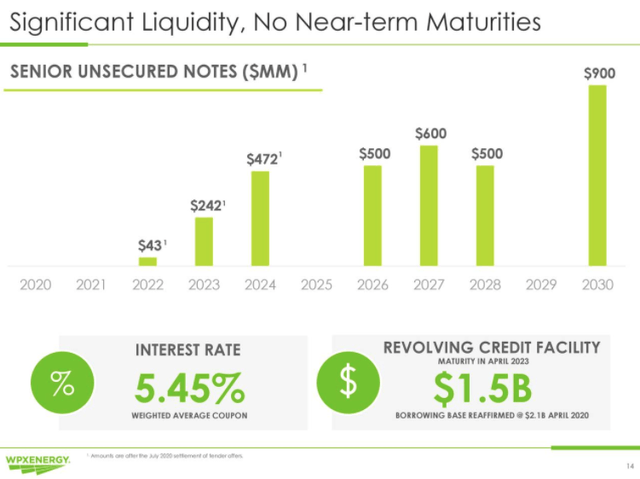 With $407 mm of cash and equivalents on hand, plus and no draws against their $1.5 bn credit revolver, WPX is in an outstanding position compared to its rivals, and gets a gold star for this metric.

Here’s a quote from Clay Gaspar, WPX President and COO:

The luxury of being able to consider value creating opportunities, rather than just defending against the debt collector at the door is on the back of years of work to build a strong asset base, sitting on top of a rock solid financial foundation, tended by a first class workforce, and driven by values of courage, results and relationships.

How many times have we read anything like this recently, like as in the last five years? I can’t recall a single instance. WPX gets a base hit for this accomplishment.

WPX was able to generate cash from operations sufficient to fund its capex without cash burn or resort to credit markets. This is outstanding. Not only that, there was money left over. Money that we call free cash. 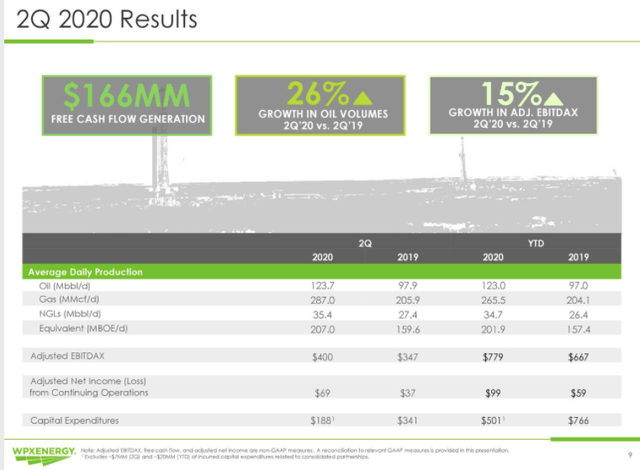 Finally WPX grew production 26% YoY, but that’s primarily a result of contributions from its acquisition of Felix Energy in March, as noted by Rick Muncrief, WPX CEO, in their recent call.

They are on track to earn ~$200 mm for 2020. Not many companies are actually able to report unadjusted free cash flow for Q-2. WPX just stole second for this metric.

With lateral costs approaching $800 WPX is right in the sweet zone of well costs that most efficient operators I’ve discussed recently have been hitting. 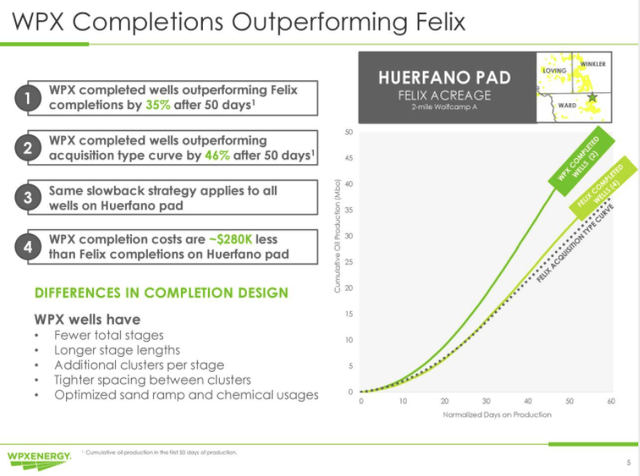 One of the things that acquiring companies always promise they will do with acreage taken over is increase efficiency. WPX seems to be delivering on this metric. More oil quicker than was delivered by the Felix wells designs. Clay Gaspar comments:

We completed six wells by Felix that were drilled by Felix, and we elected to use the standard Felix completion on four, and a WPX style completion on the remaining two. The wells were similarly spaced, all to my laterals and even use the same flow back methodology. As you can see from the plots to the right, the fields completions were touched better than acquisition type curves, but the WPX completion style has significantly outperformed our approach. In fact, 46% better than we baked in for the acquisition case.

I like the fact that management went right to this commentary. It’s the first period after the acquisition and shareholders want to know was it worth it. Did you take our money (almost a $1 billion in cash outlay in the case of Felix.) and make it work? The answer seems to be a resounding “yes” here as well. Runner at third!

This a fact of life these days, although I will say that should the worst fears be borne out, my view is that they will quickly be reversed. This economy runs on oil and gas, and will for decades to come. Further savaging an industry already reeling in large part by limited access to federal lands makes no sense, and I view it as opportunistic political rhetoric. That said, the potential hangs out there. How does it affect WPX? Here’s Rick Muncrief’s response to an analyst question-

Remember, we have 160,000 acres in the Permian Basin. We have roughly something less than 30,000 acres exposed the federal lands in a fair amount of that is none operated. So I think we sit in a really good position in that regard. And it’s something to consider as we think about as you roll forward the election process.

This is an enviable position in my view. WPX’s exposure to an adverse election outcome is less than 20% of its net acreage in the Permian. Runner is held at third base.

WPX is not currently paying a dividend. That could change soon. Rick Muncrief opines in response to an analyst question.

We would lean more toward implementing the dividend that something that really probably on the verge of doing and we debated it quite a bit at the board level. And just felt like the prudent thing was just to give it a little bit more time in our capital certainties. And I think, even since our last board meeting, we’ve come a long way.

So we’ll see how it all plays out. But that’s near term, I think do it in dividend initiation. And then obviously, if you had some help with commodity prices down the road, that’s something we’ve kicked around here internally as well is something along the lines of variable dividends as well.

My view is that a dividend in the $0.55-0.60 range is entirely possible in the next quarter or two. With 561 mm shares outstanding this would be a quarterly hit in the $20 mm range, and is entirely affordable based on cash flow generation. I like divvy’s, most people that get them do.

There are a couple of things that could delay the game or cause an actual rain-out for WPX. One is the DAPL entanglement. Things are looking up, but they’re not out of the woods completely.

This risk kind of bloomed on the scene in early July with an adverse court ruling for the Dakota Access Pipeline (DAPL). More recent court rulings have made the most dire outcome, having to shut down and drain the DAPL, less likely than initially thought.

The goods is management has proactively lined up rail carriage for its Williston production. The added cost is minimal as projected below. It’s a good “ace up the sleeve” in the worst case. 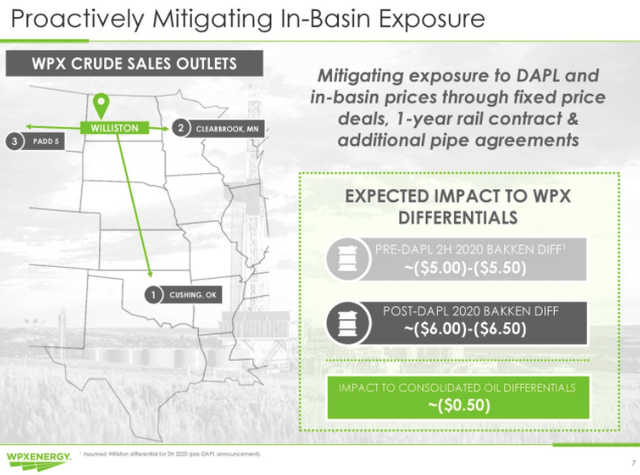 WPX uses $40 as its base line for budgeting. We’ve only barely just gotten there and while I think oil is headed higher, the fact is we could see some back and forth in prices until a strong catalyst comes along. I discussed some of this in a recent article. If for some reason prices for WTI were to fall, some of the company’s plans to resume drilling and completions could be delayed.

I have made the case in recent articles that oil should go higher in coming months due to a severe decline in new drilling and completions. With rising demand from a gradually improving economy there’s no way for this not to happen. 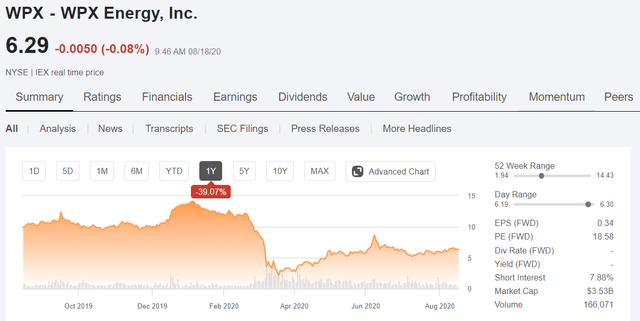 I think WPX is an outstanding buy and I’m watching carefully for an entry position. On a price to cash flow basis the company the company has a ratio of 0.35. This puts it at the head of the Permian pack. For reference a company we have reviewed recently, Range Resources, (RRC), has a P/CF ratio much higher, at 1.7. A link is provided here if you wish to review the thinking behind Range Resources. 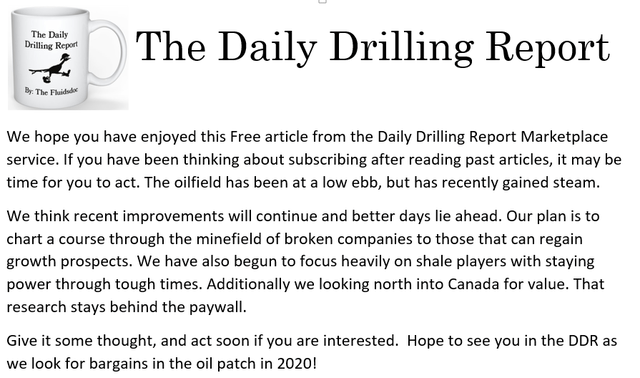 Disclosure: I/we have no positions in any stocks mentioned, but may initiate a long position in WPX over the next 72 hours. I wrote this article myself, and it expresses my own opinions. I am not receiving compensation for it (other than from Seeking Alpha). I have no business relationship with any company whose stock is mentioned in this article.

Additional disclosure: This is not advice to buy or sell this stock. I am not an accountant or CPA or CFA. This article is intended to provide information to interested parties and is in no way a recommendation to buy or sell the securities mentioned. As I have no knowledge of individual investor circumstances, goals, and/or portfolio concentration or diversification, readers are expected to do their own due diligence before investing their hard-earned cash.

‘A dirty secret’: Bristol reckons with its slave-trading past during George Floyd protests

Inside Housing – Comment – After ‘Everyone In’ got rough sleepers inside, it is time for the government to commit to ‘No Going Back’