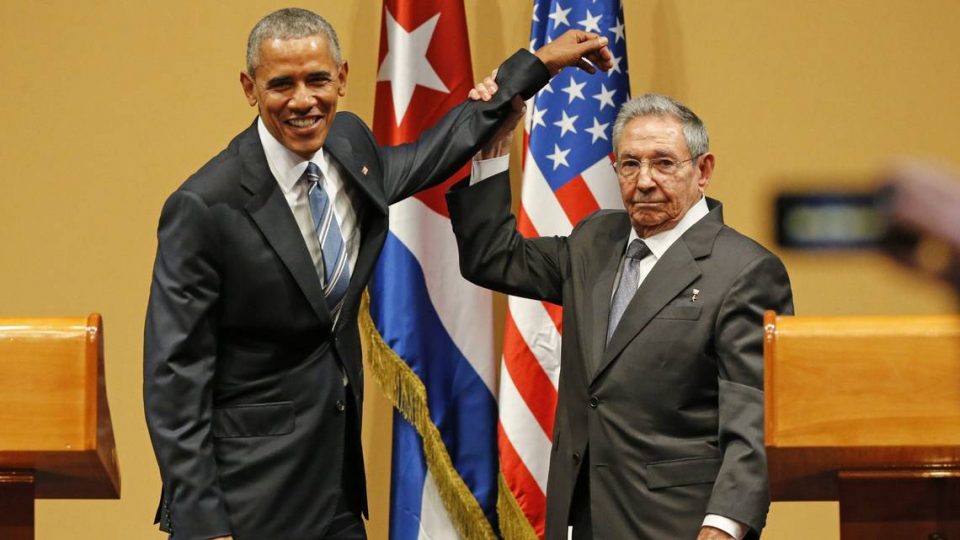 On the campaign trail, President-elect Joe Biden promised to reverse Donald Trump’s restrictions on travel and remittances to Cuba. But he stopped short of saying just how far he’ll go in restoring ties with the communist island.

To rewrite Cuba policy, Biden will have to navigate the perilous waters of Florida politics, where a large exile population has turned increasingly Republican. The landscape in Cuba has also changed since former President Barack Obama and Raúl Castro agreed to reestablish diplomatic relations in December 2014.

“It’s not the same Cuba as it was four years ago,” said Eric Farnsworth, vice president of the Council of the Americas and a former U.S. State Department official. “I think there’s going to be a sober reassessment about … did meaningful change happen?”

Obama’s policies promoted the exchange of people, ideas, and goods between the U.S. and the island 90 miles away. It also bet on expanding the private sector to form a nascent middle class that would eventually advocate for more freedoms on the island. Obama said it didn’t cost the U.S. much to try a new approach because the island was a “tiny little country” posing no significant security risks to U.S. interests.

But the test lasted just over two years before Trump started reversing what he called a “terrible and misguided” deal and punishing the Cuban government with a flurry of sanctions for supporting Venezuelan leader Nicolás Maduro.

The issue divides Congress as much as the Cuban-American community. The Biden transition team declined to answer questions sent by the Miami Herald about the incoming administration’s policies regarding Cuba. Interviews with experts, policy advocates and former U.S. officials hint at what is likely to be a contentious path forward.

“We can’t keep, in my estimation, the same policy that we had for the last 50-plus years,” said Rep. Gregory Meeks, a Democrat who will become the chairman of the U.S. House Foreign Affairs Committee. “That has not changed things.”

On the other side of the aisle, Florida Republican Sen. Rick Scott said he plans to hold rallies and other events throughout Florida over the next four years to oppose Biden’s presumed easing of restrictions on travel and trade with Cuba.

He told the Herald he would “do everything” in his power to make the world know that Biden “appeases dictators.”

Many Cuban Americans first embraced the engagement but grew frustrated by the lack of improvement on human rights and pro-government artists and officials taking advantage of the deal to travel to and profit in the U.S.

During both the Obama and Trump years, state repression against dissidents and critics continued, suggesting the government’s use of strong arm tactics has little to do with U.S. policy toward the island. But Trump’s tough talk was popular among Cuban Americans. Their votes helped him land a stunning victory in Florida.

A recent poll by Florida International University found that a majority of Miami-Dade Cuban Americans still want to travel to the island and send money, food, and medicines to their families. But they also support the U.S. embargo, even though they admit it hasn’t worked.

The outcomes of the brief engagement experiment are highly contested.

Activists and academics who favor fully restoring Obama’s policies point to several developments to support their position. Among their arguments: The Cuban government started expanding internet service on the island in the past few years following negotiations with the Obama administration to restore ties.

Cuban authorities, however, rejected offers from Google and other U.S. companies to significantly expand internet access across the island, choosing instead to rely on Chinese technology. And it was not until 2018, well into the Trump administration years, that authorities agreed to provide internet access on cell phones.

The arrival of U.S. cruises and tourists helped grow a budding entrepreneurial class on the island. Still, the government also reversed or slowed promising private sector reforms. Burdened by a severe economic crisis this year, Cuban leader Miguel Díaz-Canel said the country would make some market reforms, but a much expected private enterprise law has been pushed back to 2022.

Former Secretary of State John Kerry, who served during the Obama years, said he expects the new administration to focus on human rights while shaping its policy.

“It’s fair to say that everybody shares a little bit of disappointment about the direction that the government in Cuba chose to go,” he told the Herald. “Cuba seemed to harden down after the initial steps were taken.”

Recent repression against independent journalists, artists, and activists could further complicate engagement with Cuba for the Biden team.

Last month hundreds of young artists and activists gathered in front of the Ministry of Culture demanding a dialogue with the government and more freedom of expression. The rare public demonstration was sparked by the arrest of members of the San Isidro Movement, a collective of dissident artists advocating for civil liberties on the island. Since then, the government has repeatedly detained and harassed many protesters, labeling them mercenaries and terrorists.

Anti-U.S. rhetoric is once again rampant on state television shows. The Cuban government accused the U.S. of plotting the protests.

During the campaign, Biden and Vice President-elect Kamala Harris walked a fine line, promising to reverse sanctions and immigration policies they said are hurting the Cuban people while vowing to be strong advocates for human rights on the island.

“We will backtrack on Trump’s failed policies,” Harris told Spanish wire agency EFE. “And as he did previously as vice president, Joe Biden will also demand the release of political prisoners and will make human rights a centerpiece in the diplomatic relationship.”

Some Cuba observers like John Kavulich, president of the U.S.-Cuba Trade and Economic Council, say the Biden administration is likely to encounter little or no pressure to quickly reverse Trump’s Cuba restrictions.

Instead, his team will look for “quid pro quo opportunities,” he said.

Lifting the cap on remittances, now set at $1,000 per person per quarter, and allowing flights to cities other than Havana, are likely to be among the first steps the Biden administration will take on Cuba, several experts said. There’s consensus that expanding consular services at the embassy, perhaps relying on remote technology, is urgently needed to reunite thousands of separated families.

A fully-staffed embassy is not likely to be a reality soon. The unexplained incidents that harmed U.S. diplomats and CIA agents in Havana between 2016 and 2017 “will remain a gargantuan weight at the base of any meaningful rapprochement,” Kavulich said.

But there are smaller moves the administration could take.

The new administration could try “trust-building” steps such as suspending Title III’s right to sue companies accused of trafficking in property seized by the Fidel Castro government and engaging the Cuban government in a new round of negotiations of pending U.S. claims, said Ric Herrero, the executive director of the Cuban Study Group, an organization that has promoted U.S. engagement with the island.

While reversing Trump’s executive orders would be fairly easy, he said making deeper progress on normalization will take time.

“So much depends on the Cubans,” Herrero said. “If they line up all the economic reforms they have announced, that opens up a lot of opportunities.”

The Cuba observer said the island’s government should do more by allowing U.S. companies to invest on the island, including Cuban American entrepreneurs. Progress on the Cuban side would help the Biden team show “this is not a one-sided giveaway, but the Cubans need to play their part,” Herrero added.

Not everyone, however, is advocating for a slow and measured approach.

A policy memo published by two think tanks, the Washington Office on Latin America and the Center for Democracy in the Americas (CDA), urges the incoming administration to reverse all Trump-era sanctions, turning back the clock to January 2017 within the first nine months.

They also advise the new president to halt U.S. efforts aimed at persuading other nations to reject Cuban medical professionals sent by the government to provide care. a key source of income for the island.

“A new policy of engagement entails relatively little political risk and the potential to mobilize a wide variety of constituencies in support,” the document states.

The memo’s authors cite the crisis in Venezuela, and Cuba’s potential role in finding a resolution, as a reason why Biden should make engagement with the island a priority. While experts have debated offering Cuba oil exchange or aid to get its security agents out of Venezuela, not everyone buys into that idea.

“As the [Maduro] regime becomes more nefarious, Cuba has doubled down on its continued support,” Jason Marczak, the director of the Atlantic Council’s Latin American Center, said during a video call with journalists. “I don’t see a role for Cuba unless Cuba’s discourse on Venezuela begins to change.”

The memo has been sent to members of the Biden transition team. CDA’s director, Emily Mendrala, a former Obama NSC legislative advisor who had worked on Cuba policy, is a member of the transition team at the State Department.

Some analysts reject concerns about a political fallout from a new thaw in Cuba relations.

But Biden has repeatedly made overtures to the Cuban American community, signaling during the campaign he sees them as an important part of any successful U.S. policy. While the Obama administration framed the thaw of relations with Havana as a legacy issue, Biden may have less of an incentive to pursue a high profile new opening.

Many firmly believe the new president won’t be able to side step domestic politics while reviving an Obama-era type of relationship with Havana.

“I think the election results were sobering to a lot of people and have seemingly reduced the space for dramatic policy shift, at least in the near term,” Farnsworth said. “Because of the election results, which everyone is now aware of, they are going to take a more incremental approach.” 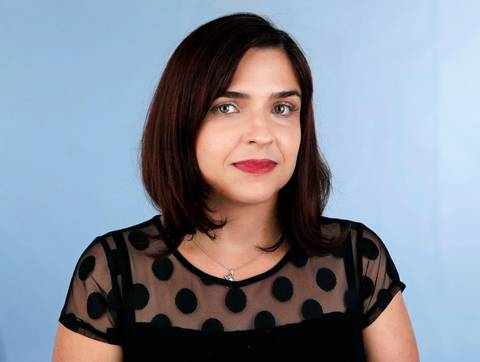 Oral briefing by the Commission of Inquiry on Burundi, 14 July 2020 – Burundi

Global Oceans Heated Up To A Record High In 2020, Due To Rapid Climate Change