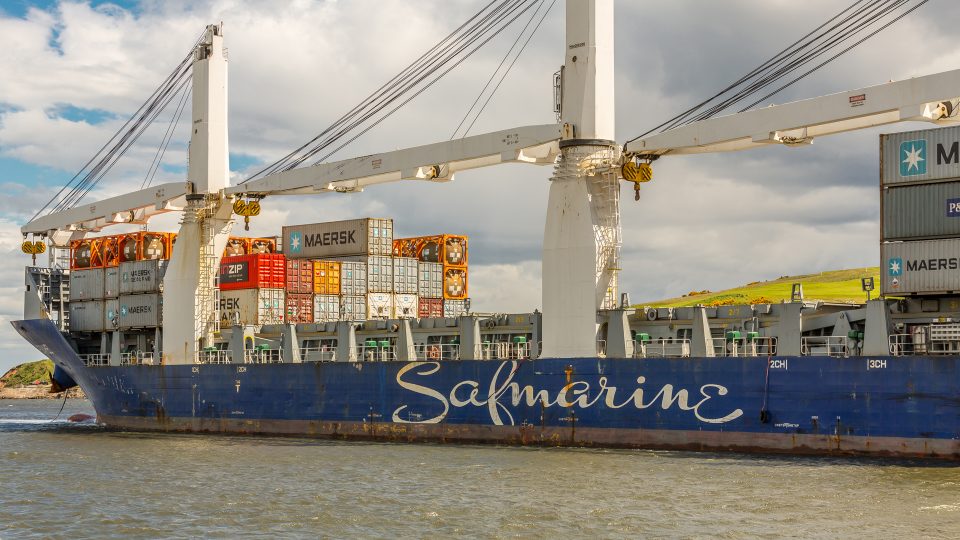 When A.P. Moller-Maersk, the world’s largest container-line owner, announces layoffs in the middle of a pandemic, the immediate reaction is: They’re cutting staff and slashing costs to pump up profits. As the saying goes: “Never let a crisis go to waste.”

The reorganization announced Tuesday was in the works long before the coronavirus struck. “This is not about cost savings whatsoever. It’s about being more efficient with customers,” asserted a Maersk Line spokesman.

Maersk announced Tuesday that it was closing its Safmarine ocean brand at the end of this year and integrating that business into Maersk Line. South Africa’s Safmarine was founded in 1946. Maersk purchased the company in 1999.

Maersk is also retiring its Damco brand at the end of this year. Damco traces its roots to a predecessor Dutch company founded in 1918; it later became part of P&O Nedlloyd. Maersk purchased P&O in 2005. Damco provides air cargo and less-than-container-load (LCL) freight forwarding. The Maersk group’s logistics division will take over those services.

How many job losses?

Maersk will keep other brands, such as Hamburg Sud and SeaLand. However, there will be changes: Maersk and Hamburg Sud back offices “will come closer together.”

Danish newspaper Borsen pegged potential job losses at 3,400: 2,300 at Damco and 1,100 at Safmarine. Other outlets quoted Borsen’s numbers. CNBC and Fox Business quoted a Maersk spokesperson as saying that 26,000-27,000 employees “would be affected” by the reoganization. Maersk has around 80,000 total employees. Jefferies analyst David Kerstens used the Borsen numbers to estimate that headcount cuts could result in $200 million in annual savings.

But these early estimates are problematic. “Affected” does not mean “laid off.” And even the 3,400 figure looks high. FreightWaves was told that this is the total number of employees at Damco and Safmarine and there are plans to retain some of them.

“Maersk is not disclosing any figures at this point in time,” said the Maersk spokesperson. There are work councils (labor unions) in several of the countries affected, as well as other issues, meaning that the final count may not be known for another month.

In an email to employees that was obtained by FreightWaves, Maersk CEO of Ocean and Logistics Vincent Clerc said “it is not to say goodbye to skilled and dedicated employees, but, regrettably, it is a consequence of the integration.” The goal is to finalize job cuts by Oct. 1, he wrote.

It seems logical to assume that a global health and economic crisis would lead to belt-tightening. U.S. and European corporations are making big job cuts in the second half of this year.

But Maersk is actually doing extremely well amid the COVID-19 crisis, with second-quarter profits almost triple those of the same period last year.

According to the Maersk spokesperson, the virus did not spur the reorganization, although it did affect the timing of its implementation.

“This process actually started in October of last year,” he explained. “It’s not a short-term cost-savings exercise. This is about Maersk’s vision of being a global integrator for container logistics. This is about fine-tuning things and making it easier for customers across their supply chains, because there will be fewer ‘touch points’ for them.

“This was originally planned to be rolled out in May. But with the pandemic and so much uncertainty in the marketplace, it was not the right time, so we waited until September,” he said.

In other words, the timing of the announcement is not a negative reflection on market conditions, but a positive one. The group is not further battening down the hatches. It is weathering the storm and now confident enough with current conditions to forge ahead with structural corporate changes.

“We have a solid foundation and we strongly believe that it is the right time to take the next big leap towards customer-centricity,” Clerc told employees.

Rationale for ends to Safmarine, Damco

Clerc described the company changes as “deep and profound” and laid out the two tenets driving the moves. “Everything we do should be guided by two fundamental questions: How do we create the most value for our customers and how do we deliver most efficiently the products and solutions they buy from us? This should permeate all of our decisions.”

Asked about the decision to end the Safmarine brand, the Maersk spokesperson responded, “So much of the Safmarine network is really a Maersk network, so from an ocean-product perspective it made perfect sense. Safmarine is very good at customer service and the customer experience, so Maersk would be keeping a lot of Safmarine talent as a result. It’s just that from a pure liner-network perspective, there’s duplicate activities.”

The press release also stated that the “value propositions” of Maersk and Safmarine converged “as the digital interactions with customers have increased.”

Regarding the takeover of Damco’s air cargo and ocean LCL freight forwarding, Maersk said “it has become apparent through close customer engagements that the value proposition of Maersk can be greatly enhanced with the expansion of multiple modes of transport.”

Hamburg Sud spokesperson Rainer Horn told FreightWaves, “After we became part of the Maersk family, we integrated the operational side: container fleets, container maintenance, stowage planning, port stuff, procurement. All non-customer-facing functions where you can reap all the synergies. That was quite successful.

“Now what we [Maersk and Hamburg Sud] will do is work together more closely on the commercial side,” Horn said. “But again, not for the customer-facing part. That will stay Hamburg Sud [and Maersk] to the customers and the teams won’t change.

“But in the background [in the commercial back office] you will have more alignment and people working closer together,” he continued. One example: Maersk divides the world into six regions, Hamburg Sud five. Regions will be aligned and each brand’s regional teams can work together better.

The retirement of the Safmarine name comes on the heels of CMA CGM’s decision to cease using the APL brand name in the trans-Pacific market.

“This might be a sign that the times of managing multi-brand strategies on the major deep-sea trades is slowly coming to an end,” wrote SeaIntelligence Consulting CEO Lars Jensen in an online post on Tuesday. “If this is indeed [the case], it of course raises the question as to not only the long-term future of the Hamburg Sud brand, but also …. COSCO’s long-term plans with OOCL.”

Maersk itself confirmed that increased digital interactions with customers had decreased the differentiation value of Safmarine’s brand. Why wouldn’t the same be true for brands like Hamburg Sud, particularly given Maersk’s comments during the latest quarterly call on its surge in online bookings?

“Maersk doesn’t want to close Hamburg Sud as a brand,” affirmed Horn. “Maersk’s multibrand approach is that you can cover a wider range of the market with several brands than with only one. Take the largest car maker in the world, Volkswagen. They have Audi, Volkswagen, Porsche, Lamborghini, Bentley — a brand for each niche in the market.

“Hamburg Sud is in some parts of the world a niche player; in other parts, like Brazil, a market leader.”

“It’s a very strong brand. In the year when Hamburg Sud was sold, its volume increased 5%. That’s because of the loyalty of our customers. Usually a company loses 10-15% of its volume in a merger and acquisition, because the competition is after your customers. The fact that we increased our volume during a takeover is like a miracle.

“Our customers appreciate our very personal service. They have known our salespeople and customer service people for years,” said Horn.

“Of course, people are concerned, but Hamburg Sud remains Hamburg Sud. That will not change.” Click for more FreightWaves/American Shipper articles by Greg Miller

Not the train, but barge to inland port Braunschweig