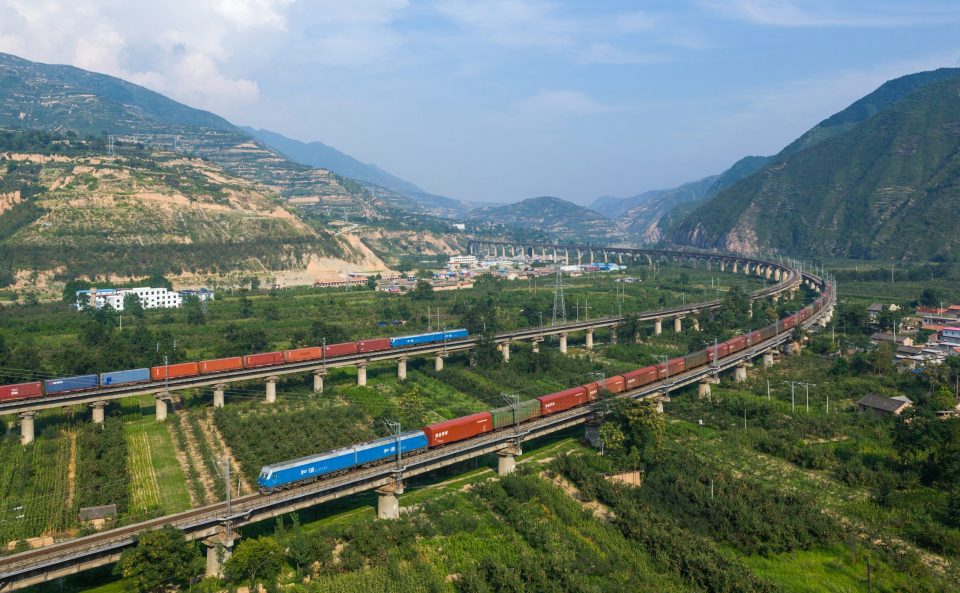 In 2019 the customised, irregular train service from China to Europe made up more than 30 per cent of the total number. This went up to an even higher percentage in 2020. The customised train service is tailored to one specific client, contrary to the public train service, which is open for booking and operates round-trip as much as possible. These figures have unveiled an unhealthy situation on the New Silk Road.

On RailFreight.cn, the Chinese sister of RailFreight.com, an eye-opening analysis appeared this week. This is a translation of this feature, written by an anonymous author.

Since logistics is essential to trade, the Chinese-Europe Express (CEE) was meant to boost trade between China and Europe. All CEE hubs in China are set up in inland cities. The Chinese government expects these inland rail ports to have the same trading functions as sea ports, enabling these cities to attract more capital for the construction of new factories, which in turn will lead to more employment and higher tax revenue. In this way, the locals can benefit from the economic development brought on by trade too.

However, this development seems to come a long way, and the anticipated results that should prove the worth of investment by the central government take years to yield. Local officials who need to report these results annually to the government don’t have the patience for that. Moreover, strictly distinguishing the growth benefits brought on by rail traffic to Europe is almost a mission impossible. Therefore, rather than economic growth that is hard to measure, the simple number of trains that have been run, becomes the main criterion of the CEE and the common goal of train operating companies.

For the greater good, the train numbers

With this phenomenon, the obsession with the number of trains was born. There are several things that are wrong with this. Let us start by concluding that the number of trains does by far indicate the same economic development than the construction of new factories. This is because in the long run, the building of factories guarantees more cargo volumes and thus more trains. On the other hand, the number of trains depends on the need for import and export, which does not grow without investment.

When local economic growth is no longer generating as much transport volume as required by local governments, train operating companies have to turn to the export and import needs from other regions, or to the transport of goods that are low in value. It does not bring economic development to the region, other than a high number of train services. When the only criterion is the number of trains, every attempt to generate this makes sense.

Another reason why the irregular train service does not bring what is required is the price. Expecting the CEE to bring tax and employment growth in return, local governments heavily subsidise this train traffic. Clients pay less than half of the actual costs, and this draws the attention from many clients. Among them are the clients of the customised service, which have chartered train journeys only for themselves.

Most of these clients have cargo that is of low value from Russia and Belarus, mainly wood logs. They are neither willing nor able to afford the original price of freight transport. However, as subsidies decreases while freight increases, these clients are bound to terminate the corporation with the train operating companies, and return to their freight transporting mode as it was before rail freight became involved. Loyalty that could be purchased is not really loyalty at all.

Customised train services have features such as uncertain volumes, spontaneous timetabling and just one-way trips, train operating companies are not able to get as good a rate as public train services, which have a foreseeable volume, fixed time table, and usually round trips. New destinations and routes also mean unpredictable risks and unguaranteed transit time. This can be a big issue.

As for train operating companies, customized CEE means higher costs, higher risks and lower income. But that’s not all of it. Clients of customized trains are usually not merely cargo owners but also forwarders. The lower price of their customized trains is a deadly issue for public trains. Less public trains means train operating companies’ less income, which weakens the companies’ control over costs and as a consequence, pushes real clients further away.

Back to the way it was meant to be

The obsessive pursuit of a high number of trains forced local officials and train operating companies to clutch at the straw of the customized China-Europe Express (CEE). But there is another saying involving the straw: that of the last straw, which may be more applicable here. Anyone can see the unbalance between the tremendous input and little outcome of the CEE. This has aroused discussion and reflection both in China and abroad. Moreover, customised train journeys instigate suspicion of corruption, as local officials and train operating companies have the last word in who may use these services, and who may not.

It should therefore be acknowledged that rail freight traffic between China and Europe itself is not the end, but a means to the end. Economic growth (including tax and employment growth) should be brought back as the main objective, only after that the CEE can be free from the focus on the number of trains.

Admitting is not enough

In this, the efforts of train operating companies are not enough. The awareness of local officials is more important and necessary, and requires more than just admitting former wrongdoings, which rarely happens in any local governments anyway. What I suggest here is to focus more on the statistics of tax and employment growth than the number of trains. This requires study and understanding of the developments and needs of local industries and firms and formulating policies and regulations that actually benefits them. After all, since its very beginning, the China Europe Express is not just about logistics, but more about the economy.

Will your supply chain thrive in a post-coronavirus world?

Video and pictures from Cork under lockdown; Full list of exempt workers

Covid-19: The ‘pretty strict’ rules for arriving ships and their crews