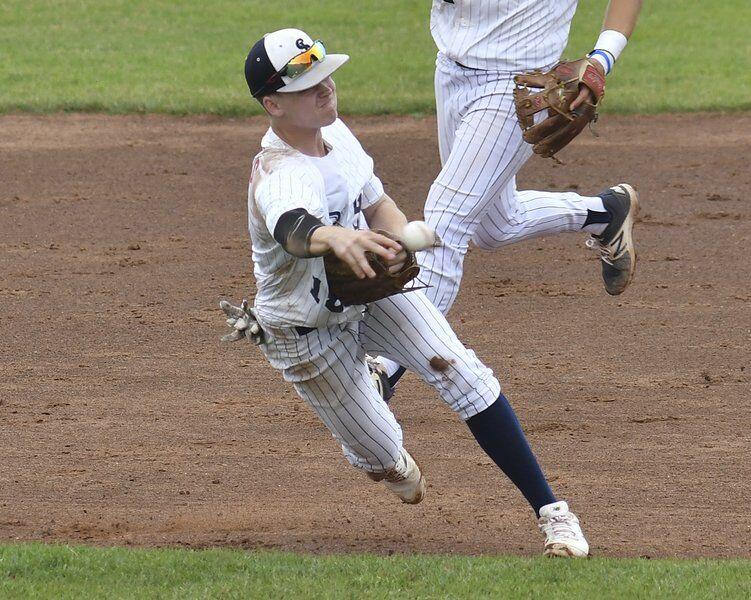 Baseball players are programmed to find ways to overcome their challenges; no matter the count, find pitch you can do something with.

Losing an entire spring and some of the summer to a global pandemic certainly put a few strikes on some of the North Shore’s rising senior ballplayers when it came to impressing college coaches. The good news is it didn’t stop them from hitting one out of the park.

The North Shore Freedom’s travel team had a number of commitments in the last month to cap off an impressive summer for the program run out of Salem’s Grind Factory. Bishop Fenwick senior Christian Loescher was the latest, landing with Stonehill earlier this week, while Peabody’s Ryan Knight got a Division 1 spot at Hartford University a few weeks ago.

“I get goosebumps talking about it,” said Freedom coach and Grind Factory owner B.J. Weed. “I’m so proud of all these guys. Most of the summer we were just happy be out there playing baseball again. These kids put the work in on their own during COVID; I mean, to lose their junior year and then put up the numbers they did in the summer … all the credit goes to the kids.”

Knight, an outfielder who started for Peabody High as a freshman and sophomore, had an incredible summer swinging the bat for both the Freedom and the Middleton/Peabody Essex County League team. He’s found his power stroke, clubbing several 400-plus foot homers and hitting over .500 with a wood bat.

“There’s a different sound coming off his bat,” Weed said. “He’s a really special kid. He hit the weight room, made one adjustment on his swing and he’s been on an absolute tear. He’s also really good in center; he tracks everything and he’s a five-tool player.”

Loescher, a top starting pitcher for Bishop Fenwick’s Division 3 North champs two springs ago, heads to Stonehill as a strong righty with the tall frame that provides plenty of upside. He also had a good summer for the Middleton/Peabody Essex County squad and showed off a strong bat while playing first base.

“I love Christian’s competitiveness,” Weed said. “We were working on pitching the other day and his slider is just disgusting. He’s still growing and he knows what he needs to work on. He’s a great example of the competitiveness we try to teach, where we don’t care as much about wins and losses than we do about compete and buy-in. If you learn you to compete, you’ll be good, and he sure does.”

Masconomet’s Sean Moynihan committed to play at Assumption College in another strong showing for the Freedom. St. John’s Prep infield Brady O’Brien is another, graduating last year and heading up to Colby College. Salem’s Tommy Beauregard also joined the Freedom and landed with Division 3 powerhouse Wheaton late in the summer months.

The Grind Factory is celebrating its two year anniversary this month. Weed, who owns the facility with his wife Loren, says the growth and success is a credit to the dedicated staff like Kevin Winship and Charlie Bilton. Pitching guru Gardy O’Flynn (of Ipswich) has been a fixture and a major resource along with Recruiting Edge’s Ryan Leahy and many others.

“They say it takes a village and when you go to create something like this, you have to create a village,” Weed said. “We’ve got a whole bunch of really, really good people. We try to teach dealing with life more than anything else; the game will match how you deal with life and that gives the kids the confidence they need.”

The thriving program likely isn’t done with this recent rash of college commitments. Pitcher Zach Abbott of Gloucester has been lighting up the radar gun, didn’t allow an earned run all summer and is drawing a lot of interest. Hamilton-Wenham’s Carter Coffey grew over the summer, added a lot of power and has been one of the program’s most improved players over the last six months.

With the travel season mostly over, the Freedom are running their age 15- and 17 development programs in Saugus every weekend. Individual work indoors at the Factory will continue through the winter and everyone is hoping they’ll be able to show off their progress on the high diamond next spring.

“The credit goes to the kids. They’re the ones putting the work on,” Weed said. “They’re earned it.”

The SA factory saving our butts from virus panic

Palletways: always looking ahead, to new business opportunities across Europe

Letter: Bates dedicated to constituents | Letters To The Editor

By the Numbers: Wholesalers and retailers