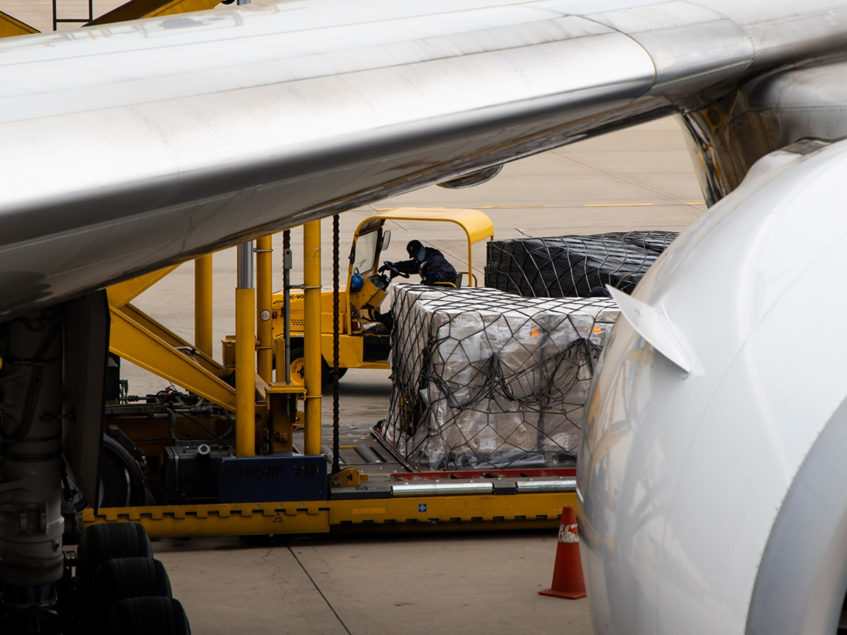 Like all modes of freight transportation, the air cargo sector was hit hard by the COVID-19 pandemic, struggling with tight restrictions on operations even as demand for services soared. In this conversation with SupplyChainBrain Editor-in-Chief Bob Bowman, Jack Burt, vice president U.S. with Air Partner, discusses current trends and the industry’s hopes for a return to normalcy in the months ahead.

SCB: How has air cargo weathered the pandemic up to this point?

Burt: I think the air cargo industry saved the world. In the beginning of the pandemic, everything ground to a halt pretty quickly. The one thing that didn’t was air cargo. When the governments of the world stopped all passenger traffic, cargo flights and air cargo were one of the exceptions. They operated every day throughout the pandemic.

SCB: How was the industry affected by the loss of so much belly capacity, with passenger planes being grounded?

Burt: It was huge. It has created ripples that I think will only fully be realized when we look back five to 10 years from now. It affected goods that you buy anywhere, as well as the price of transportation globally. Just think about the loss of infrastructure — the spider web of passenger flights with belly capacity that evaporated in a 30-day period.

SCB: A number of planes were refitted to allow cargo to be carried on the main deck in the passenger section. I assume that didn’t make up for the loss of belly capacity, though.

Burt: No, it did not. It was nice to have that added capacity, because once all those passenger aircraft came offline when the original pandemic hit, the only aircraft operating were full freighters, which account for only 10% to 20% of all cargo capacity —a very small slice of the global pie. All of a sudden demand for those aircraft just skyrocketed, and they were full immediately. Without passenger-plane conversions, it would have taken a lot longer for us to get back to any kind of normal in the U.S. So those aircraft were helpful, although they’re going away slowly because airlines are starting to reignite passenger traffic, which is their bread and butter. It’s just an evolving market.

SCB: Many airlines have gotten out of the freighter business. Did the pandemic cause an increase in that type of aircraft, or were the planes there all along?

Burt: It’s hard to add aircraft quickly. You either have to manufacture from scratch, and there are only a few companies in the world that can do it, or you have to convert passenger aircraft, which also takes time. The world just couldn’t keep up with the demand spike. There are companies that have ordered more freighters, but there’s no way for the greater market to keep pace with the global demand for cargo capacity.

SCB: You alluded to the rate situation is a result of these trends. I assume that rates have risen significantly over the time of the pandemic?

Burt: Yes. They spiked to an all-time high in April and June [of 2020]. The reason was you had governments ordering medical equipment from Southeast Asia and East Asia to save lives. People all over the world were bidding for capacity. That continued through the summer of 2020, and didn’t even stop in the third and fourth quarter, although demand for critical emergency flights dropped a little.

Burt: It’s still higher than normal. We’re seeing a slight initial summertime drop in rates on the transpacific, which is one of the highest lanes we’re involved in. I think that’s just temporary — it will come back up a bit in Q3 and Q4.

SCB: Normally, there’s a very narrow band of freight that’s eligible for both ocean and air transport, but with ocean container rates going so high, and so much congestion at seaports, has there been a greater opportunity for air to take on freight that was formerly moving by ship?

Burt: A hundred percent. Automotive manufacturers use ocean almost exclusively, but because of congestion in the ocean industry and high prices, they’ve elected to use air transport. Furthermore, they’ve been using air charter., which typically is a portion of the air freight industry dedicated to specialized commodities and oversized materials. People are chartering multiple flights at a time, which is typically pretty rare because they can use a scheduled service lane or scheduled ocean container. This whole ocean-versus-air dynamic has been very successful for us. All sorts of different commodities have been moving via air instead of ocean. It’s a necessity.

SCB: What about congestion on the air side? Are we seeing airports that are congested, resulting in delays in air cargo shipments?

Burt: Absolutely. It’s happening globally. One of the things under pressure in the U.S. is the physical handling of cargo when it comes off an aircraft, and is distributed to end users. There’s been severe congestion there. These guys are the unsung heroes of the industry, honestly. They’re up 24 hours, with planes coming in continuously. Some airports have basically declined any future flights.

There just aren’t enough people. The handling companies’ bread and butter was passenger traffic, so when it died down with COVID-19, they let go of a lot of their personnel. Then you had this sudden spike in the freight business, and they weren’t prepared. They couldn’t hire enough people.

SCB: What does the rest of the year look like, in terms of the air cargo industry returning to anything resembling normalcy?

Burt: Right now there’s a little bit of a lull in demand. I think that’s very warranted for these carriers. They need to check on their aircraft. Hopefully they can rest for 30 or 60 days. Then, when summer’s over and the kids start going back to school, and people start getting back to business, there are going to be contracts to fulfill. So it’s a high probability that we’ll see another uptrend in demand. Like I said, the supply of full freighter capacity is very limited, and can only go up so much. It should be busy to the end of the year.

Sinopharm vaccine factory to open in Serbia by end-2021

Export is big economic loser in 2019