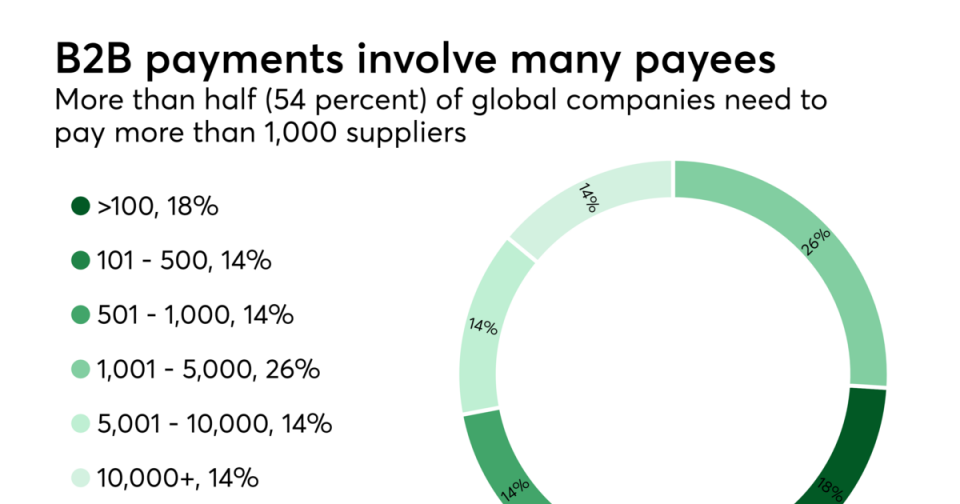 I’ve been in the P2P (procure-to-pay) and payment space for over 15 years. Before that, I spent a bunch of years selling payroll automation. Payroll automation achieved mass adoption relatively quickly—few companies today pay employees manually.

I figured—wrongly—that P2P was the next green field for back-office technology. Just as every company has to pay its employees, every company also has to pay its suppliers. Manual processing for both payroll and supplier payments is expensive, inefficient, and non-scalable. Technology for procurement and invoice handling seemed on the verge of breaking through, similarly to payroll technology back in the day.

I wasn’t alone in thinking that. In 2005, the company I worked for brought an analyst in the space in to address our sales team about industry trends. He told us that invoice processing would be paperless by 2010. We’ve come a long way, but here in late 2019, far too many companies still deal with paper invoices and manual processes. Supplier payment automation can help change that.

When I first started selling P2P solutions, the primary challenge I faced was a lack of awareness—most organizations didn’t know there was a better way to process invoices. Standard operating procedure was to hire a bunch of people to review invoices, manually enter them into the financial system, and get them paid. More invoices? Hire more people—just as it had been with payroll.

Some companies hired “black belts” to make changes to their processes by creating shared service centers or, in some cases, outsourcing the entire department to a business process outsourcing company. That had its own issues—namely lack of control and timing gaps, since many of these BPOs sat halfway across the globe.

As time went on, P2P solution providers became more widely known, and a growing number of companies adopted these solutions in order to reduce costs and increase efficiency by getting visibility into spend and putting more controls on how employees purchased goods or approved invoices.

Clearly the real challenge wasn’t lack of awareness. It was getting the project to the top of the list in a given company. Without a doubt, P2P solutions can drive positive ROI, but so can many other initiatives. Implementation of these types of projects can be lengthy, and eat up time and resources in procurement, finance and IT.

Based on my experience, for organizations with annual revenues greater than $500 million, a typical P2P project can come with one-time implementation fees north of $250,000 (or more with the addition of professional services) and implementation time frames of nine months to a year or more. That’s a pretty big chunk of change for ROI that may take another year or so to manifest. As a result, these projects get pushed aside in favor of initiatives that generate revenue relatively quickly.

That was the case with countless companies I called on—they saw the value but still couldn’t get it done. Selling the ROI for P2P solutions was far more challenging than doing the same for payroll solutions. It was frustrating as hell.

Companies want P2P but can’t figure out how to get there, and they’re not sure what to do first. Do we automate P2P and then finish it off by automating payments, or do we flip the scenario around? As companies trying to discern which should come first, I firmly believe that many companies may not fully understand what an enterprise payment platform can bring to the table and how the ROI it drives can fund their P2P project.

So, what should come first, the chicken or the egg? If egg = payments, then I say egg. It is why most if not all P2P providers are trying to figure out how to automate payments.

Jim Wright is the Vice President of Enterprise Sales in the East Region at Nvoicepay.

For reprint and licensing requests for this article, click here.

Report shows how AM is driving supply chain optimization worldwide